Wrath of Kings: Gorbal the Rampager (AKA: Wolf-Bat-Man Guy)

Another new WoK figure finally making it's way into production and it turns out he is called "Gorbal the Rampager" and not "Wolf-Bat-Man Guy" like I had named him. I guess they don't like my ideas for titles.
This guy was finished up in August of 2013 and looking back at it the work I did on the backpack I am not displeased too much. Something that is pretty regular for me in my work is a lack of back detail in concept art, especially with the steampunk boiler/backpacks that seem to be the fad right now. Because of that it's up to me to figure out how all these tubes and such all fit together and every-once-in-a-while things work out OK. I usually don't get the chance to be retrospective about my work since as soon as I am done with one figure I'm thinking about the next so getting to look back at these pictures is kind of nice. Keep in mind it's been almost three years since I sculpted this guy and I have no recollection of actually making this so it's sort of an added, "I did that?" to the walk down memory lane. 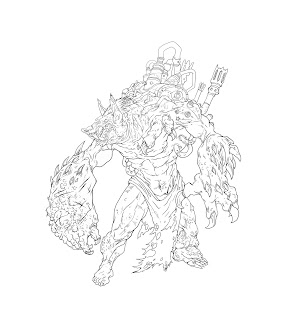 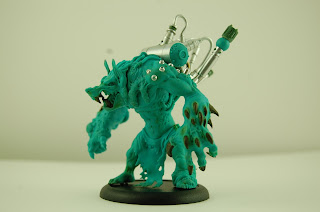 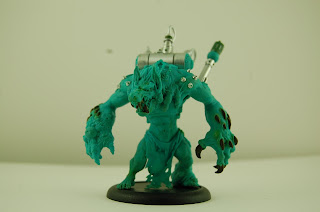 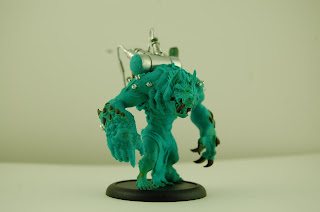 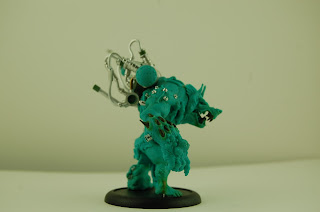 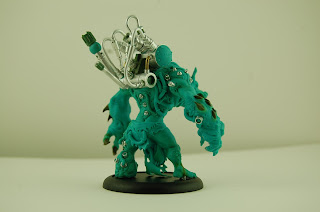 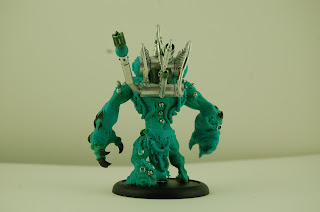 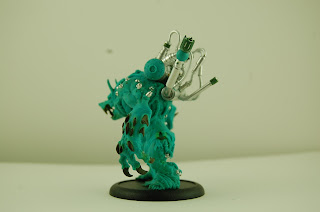 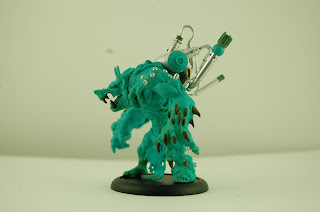 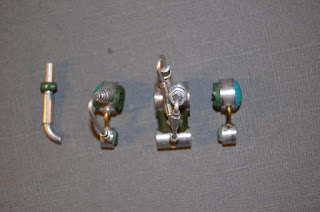