I think this guy was done sometime back in 2014 but I'm not sure. He's finally getting released soon and since they have released pictures of it I can post mine. Again, at the time I had no idea what the character was called so, "Winged Guy" was my personal reference for him as I sent progress updates when I was working on him. 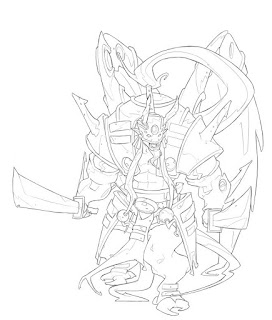 This figure was an engineering challenge. There is a lot of detail elements going on behind him with his wings, spikes and his topknot and I had to make sure all those details are independent and do not interfere with each other. 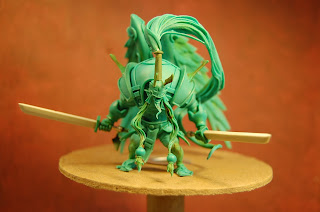 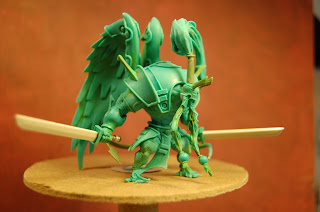 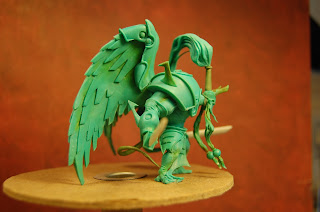 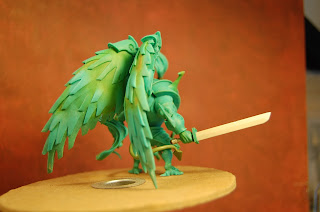 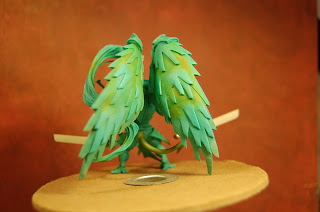 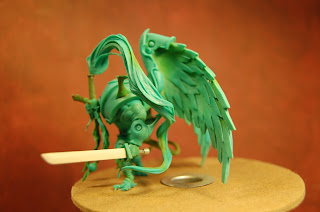 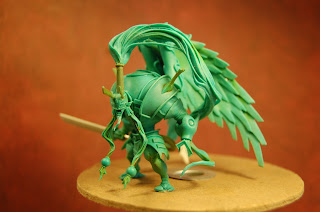 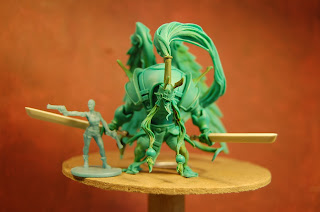 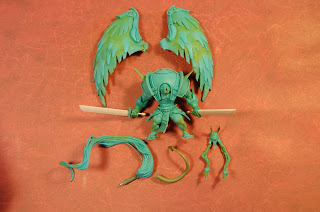 A bit of a blast from the past for me, I didn't know if this figure was ever going to get released so it was a surprise to see pictures of it popping up online this past week . Hope those of you who play WoK enjoy this!