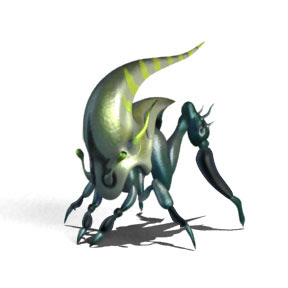 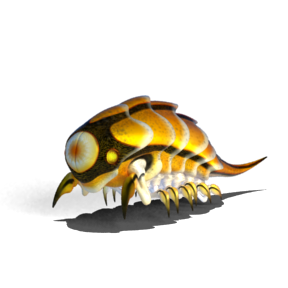 A while back I got an emergency call from Matt Wilson who had a friend that needed some sculpts done ASAP, I said sure (I could use the money) and got sent some concept art for a super secret project. After it was all done I didn't hear anything about it, I had no idea what I worked on or if it was even released to the public. Today I was scooting around Toys R Us and something caught my eye in the discount section. Something that looked strangely familiar. Turns out I worked on something called Nanovor by smith and Tinker; some kind of Pokemon, Digimon-ish game where you can collect wee beasties and have them battle each other via cards or small electronic devices. One of the two sculpts i did is called "Electropod" and is released, the other called "Plasma Lash" and I have no idea if he is out yet or ever will be, considering that I found it in the discount bin I'm guessing sales are not the best. Still, totally odd stuff
Posted by monster.0 at 4:29 PM