I've noticed my blogs been getting a lot of hits from Zombicide fans over in France so, "Bonjour!" from the US, hopefully these latest sculpts will be well received.
I finished the first A-Bomb in late November last year and it was based off of the cover for the new Rue Morgue expansion, I ended up changing the hand position to make it more, "groping" and since his left arm was not detailed in the concept art I decided to exercise some artistic licencing with it. To me asymmetrical elements always add a wrongness and alien aspect to a design so I made sure that if one arm was bloated with tumors then the other was emaciated and spindly hopefully adding to the look of unstable genetics the infected seem to be suffering from. 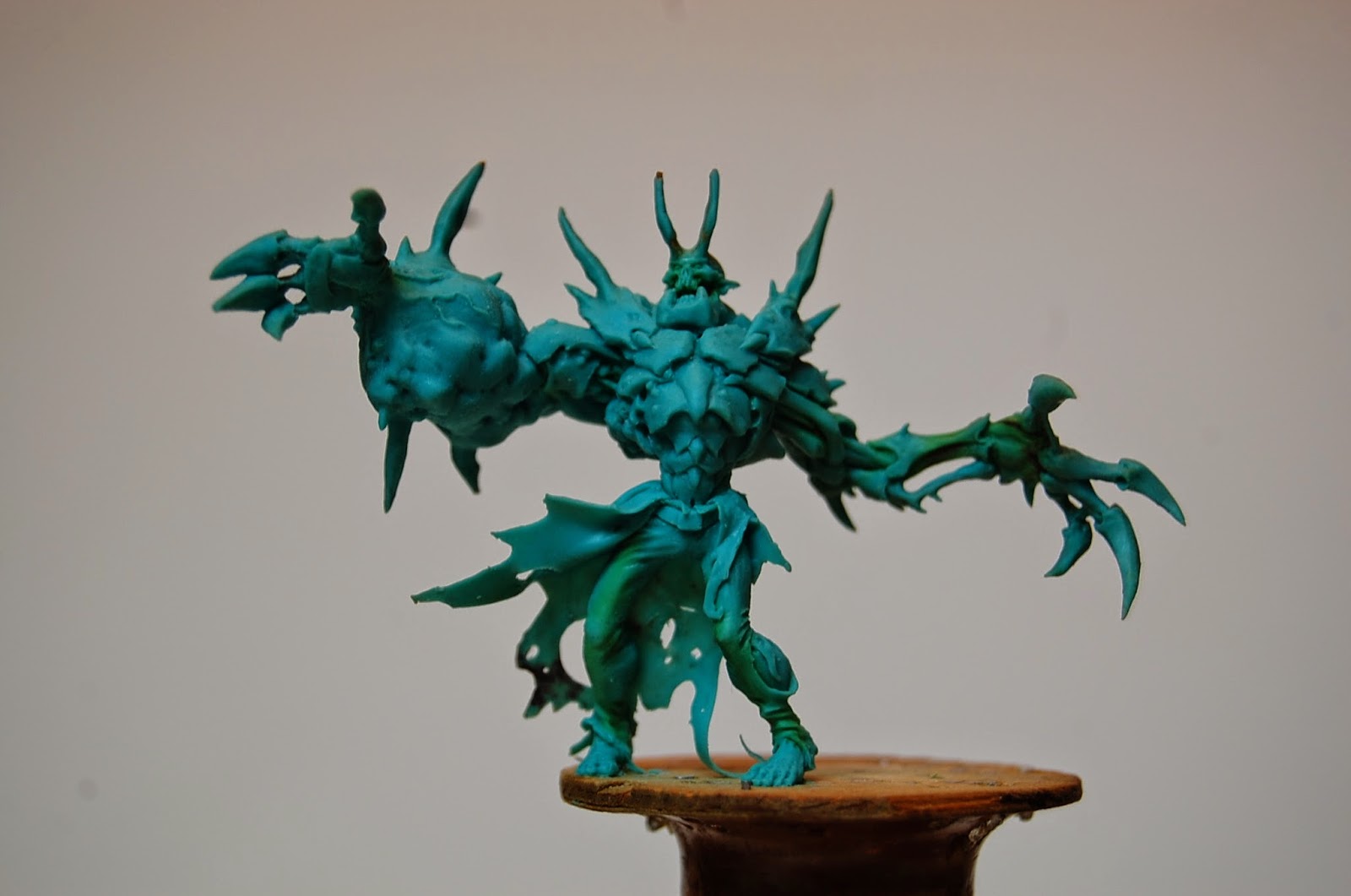 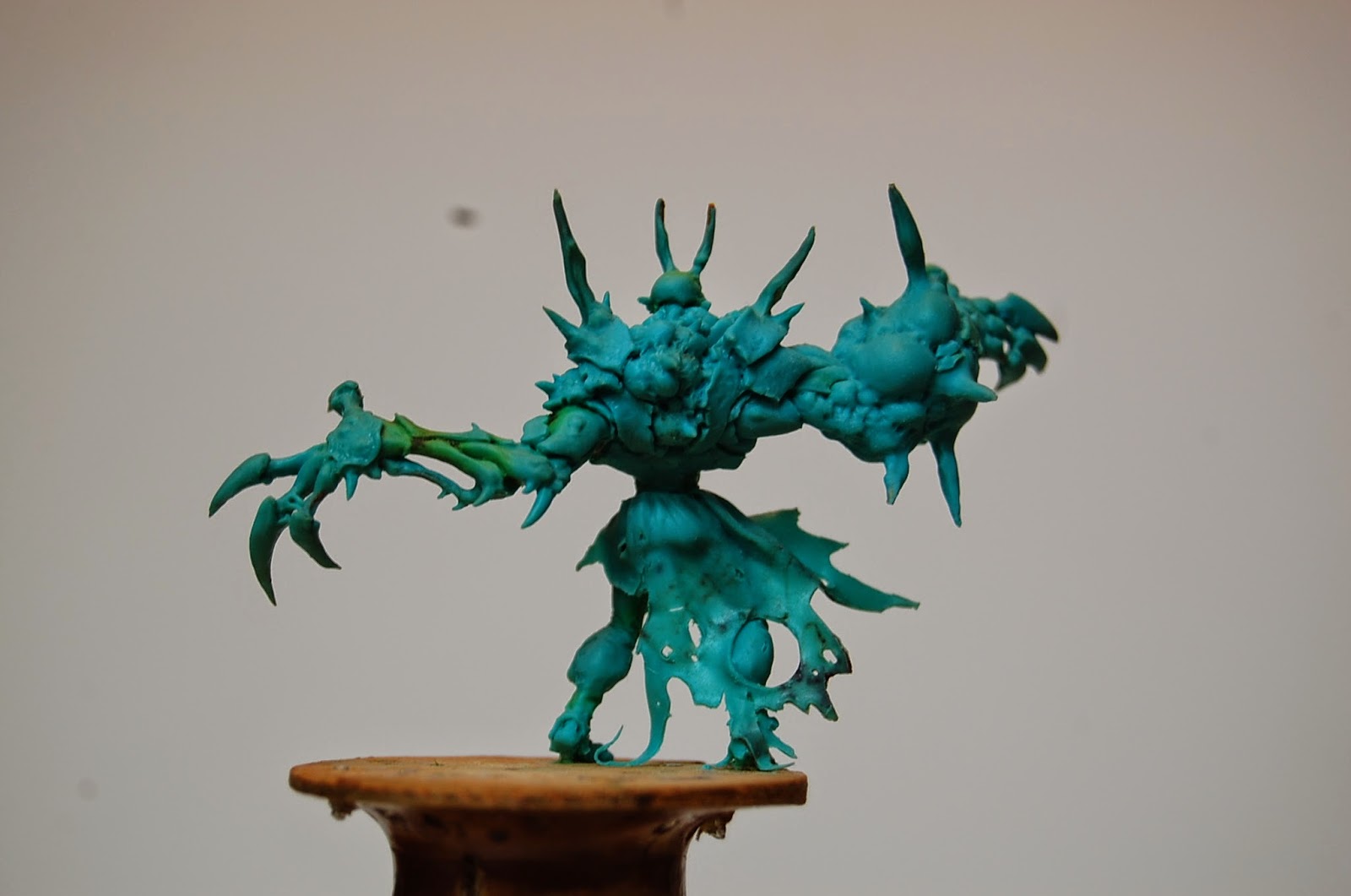 I had some down time in early December while doing some new pieces for the Wrath of Kings line and really wanted to do another A-Bomb but this time make it female, so when I could, I worked on this figure. I attempted to emulate Edouard's character design while adding some of my own without making it look out of place. Originally I wanted her to be in a wedding dress, a kind of bridezilla joke but the train and ruffles of the dress would have ended up being too complex for the molding process. I have to do my best to ensure the sculpts for Zombicide are one piece with no assembly required for the players and an overly complex dress would have added too much depth (front to back) for the figure so at the last second I decided to abandon that. Other then that I got to do all that I wanted to on the figure; I flip-flopped the arm styles from the first A-Bomb so it didn't just look like a copy and I added more bizarre spines and spikes along with a pulpy, corpulent hump on her back... Oh yeah, and breasts. With armor.
I didn't tell the gang at Guillotine Games what I did and just secreted it in with the next figure shipment as a surprise Christmas present. I suggested they could use it as a stretch goal for the next Kickstarter campaign, which they did. 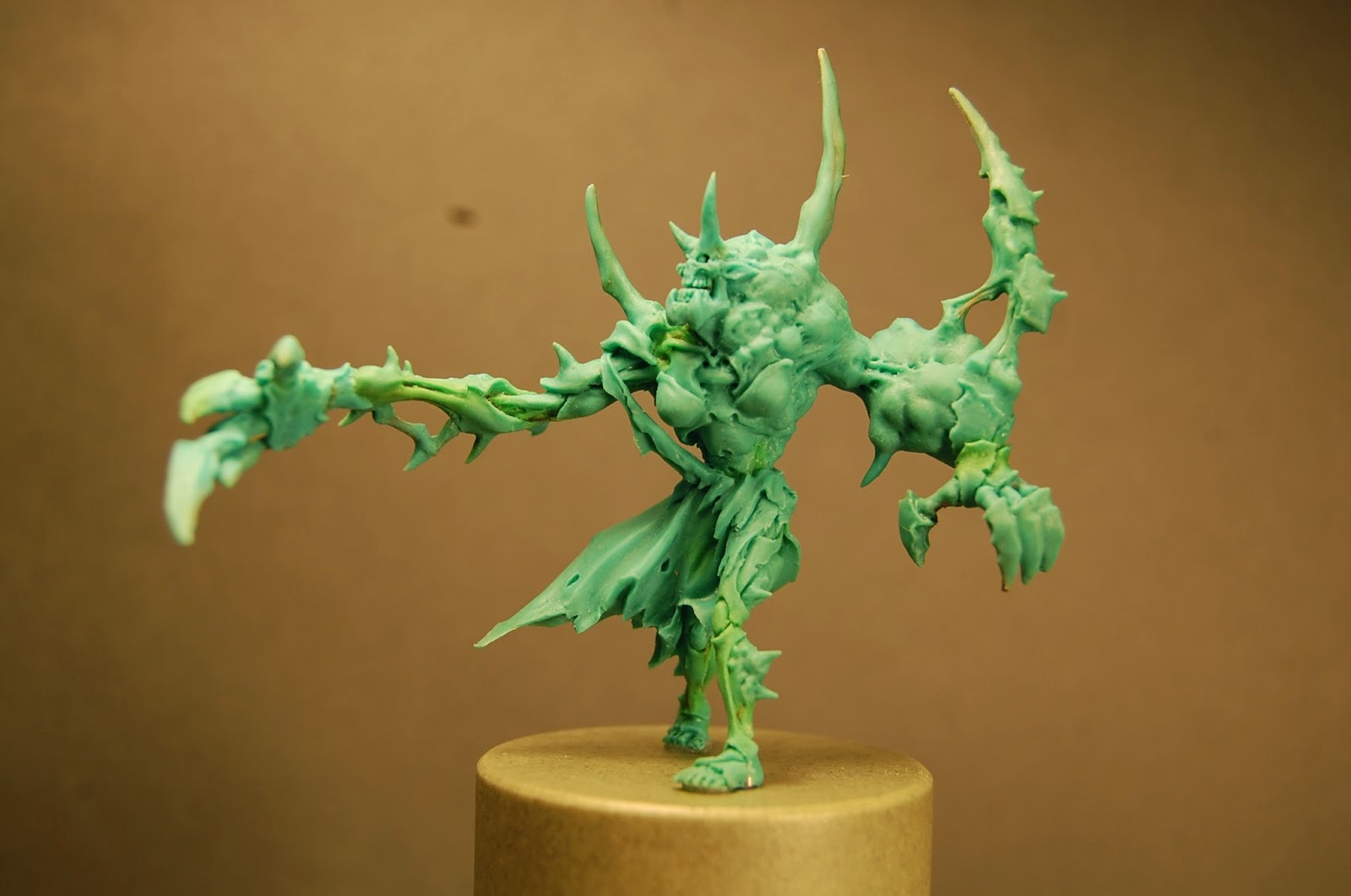 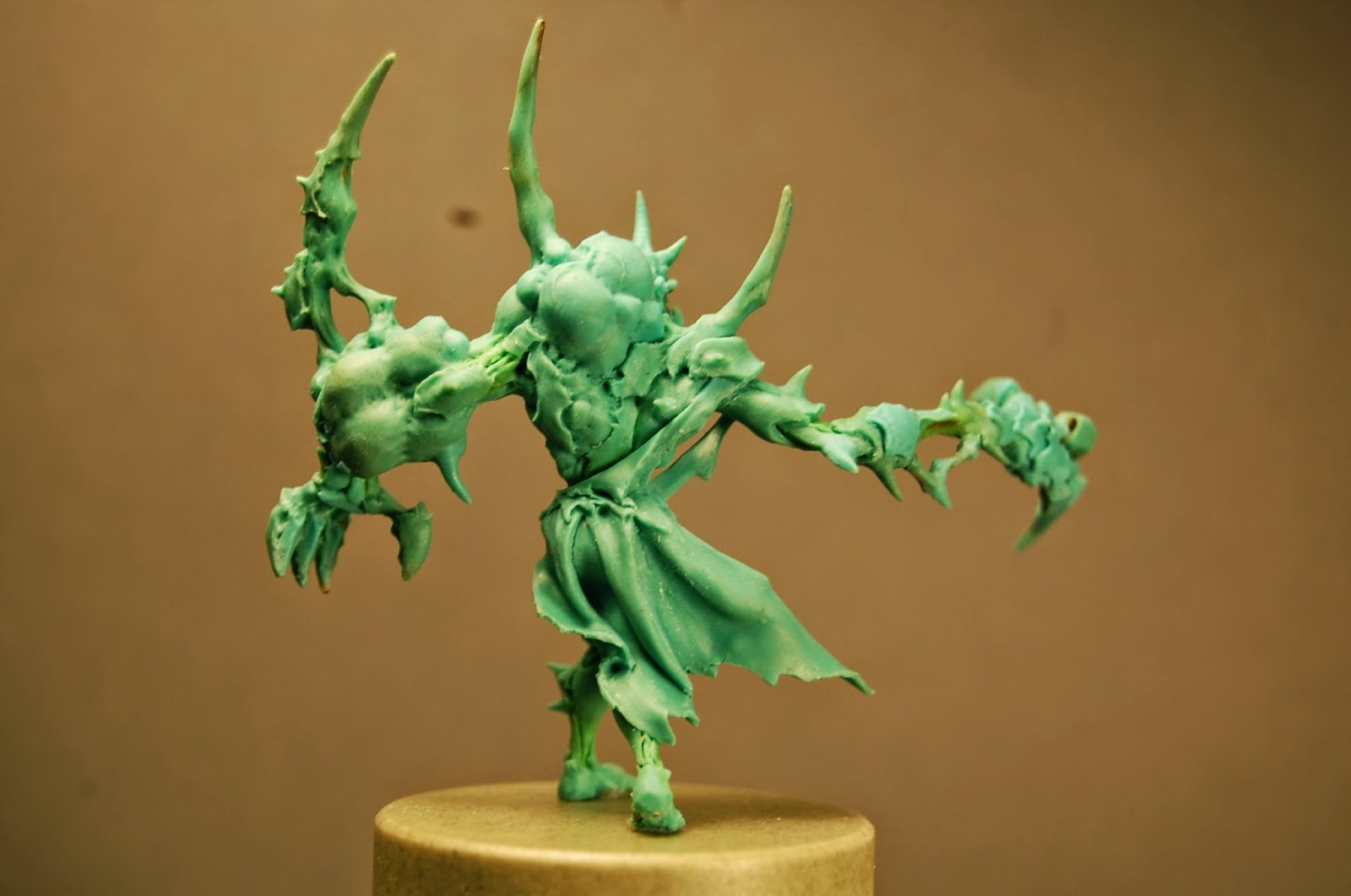 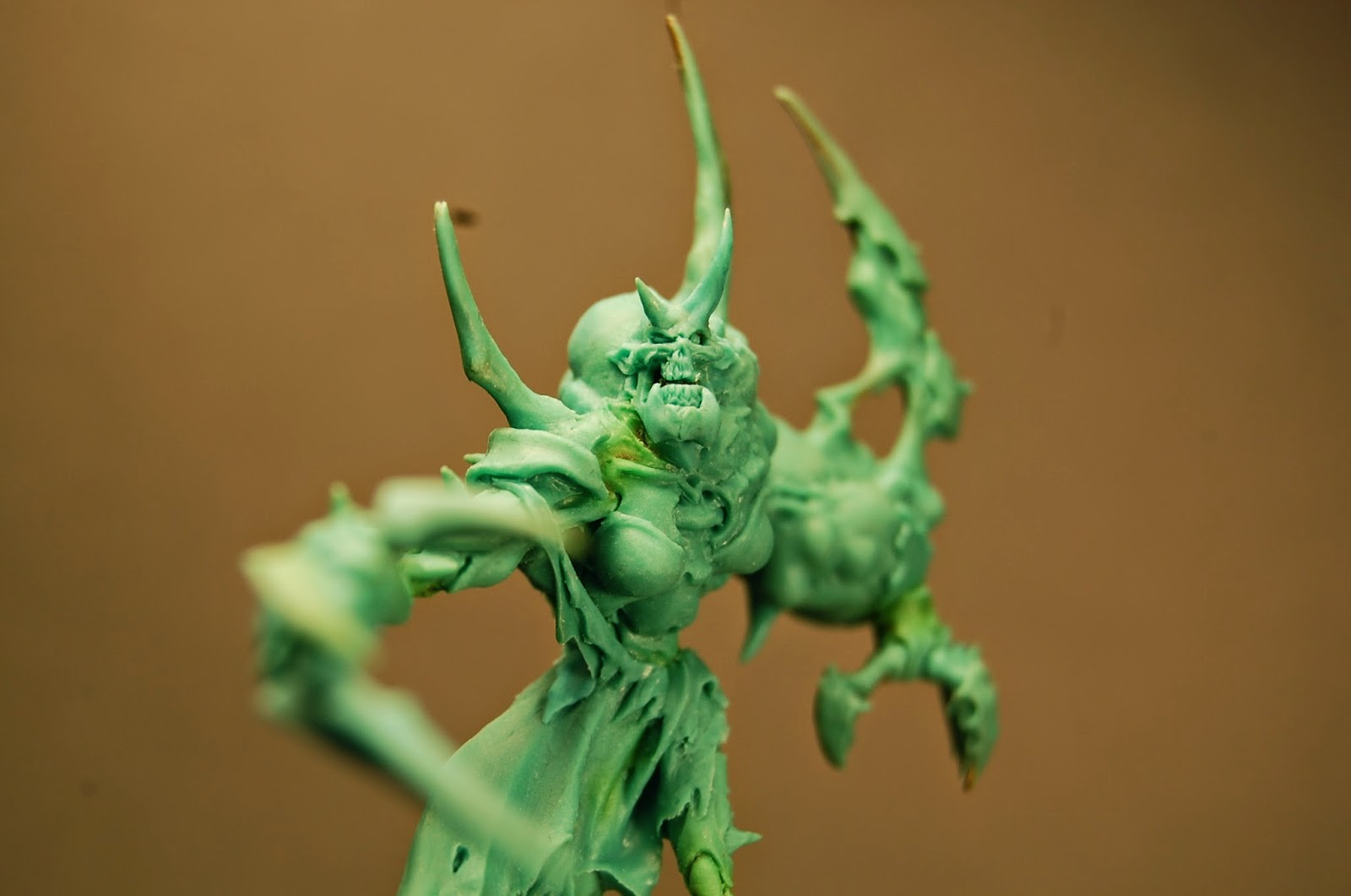 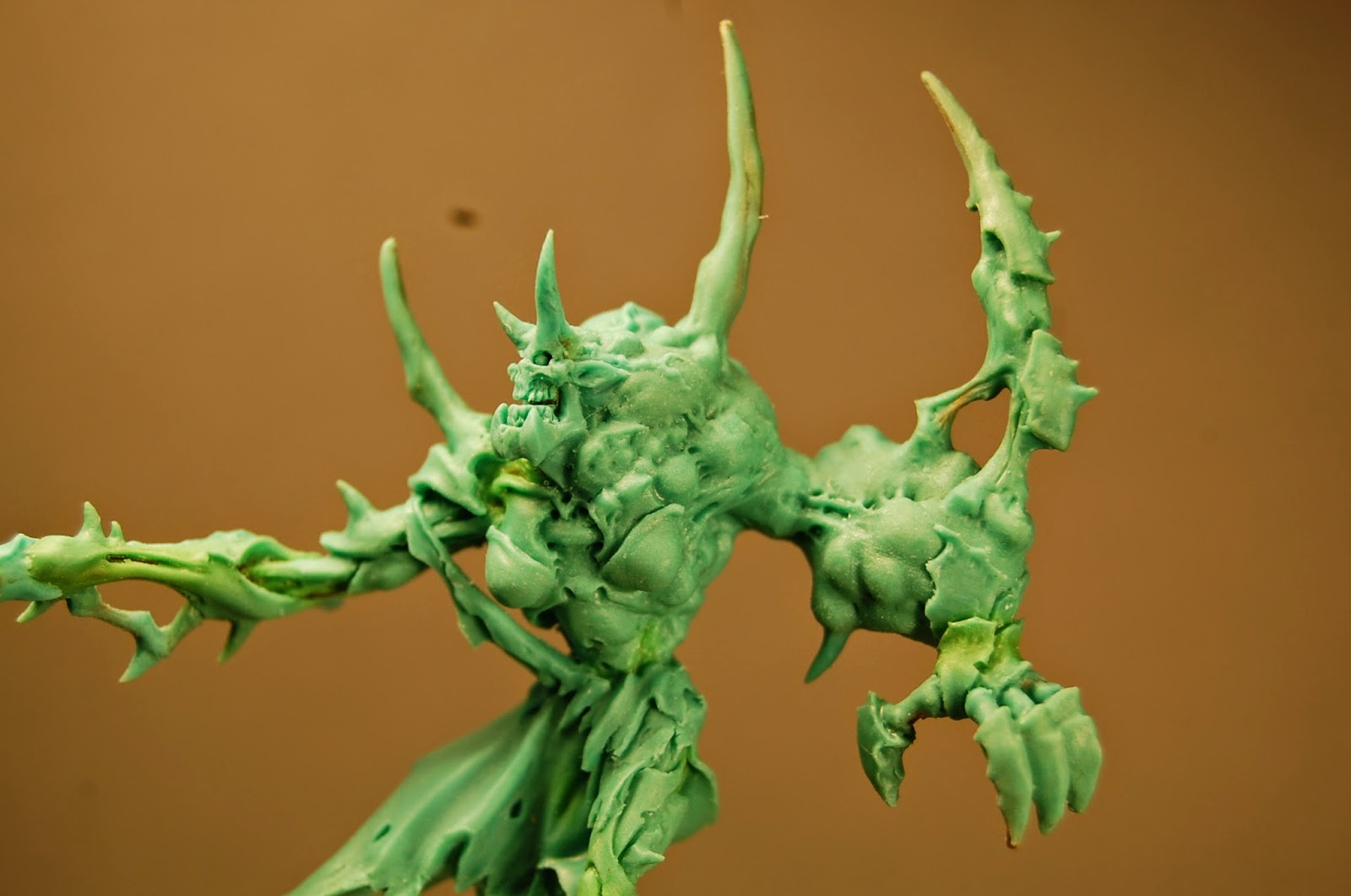 Until everybody gets their orders for the latest Zombicide expansions in hand here are some shots of the "Greens," (but in my case "blues") for both the primary A-Bomb and stretch goal Fem A-Bomb.
Posted by monster.0 at 2:43 AM