Bob has a tiny bit of a story behind his creation. Mr. Raphael Guiton know s that I love John Carpenters "The Thing" so when the artists were commissioned to do some of the games concepts he had requested them to render this with me specifically in mind. This was also a figure I did without sending progress pictures off to the crew simply because, well, what would I show? Any picture I sent would be confusing since it had nothing like it to compare it to. Especially since how I had to sculpt it was to build from the most inner layer of detail outward, there was no real "bulk-up" stage to show off the overall mass and pose of the figure, just progressive layers of limbs and tentacles added on growing outward to the left and right.
Hope he is received well, he a was fun and a challenge to sculpt. Thanks to Raphael for thinking of me when he had the art done and for letting me get him finished without progress pictures, it sped things up a lot as far as getting the sculpt done and a bunch of trust that I could get it like the picture to allow me to do that. And hats-off to the mold making team! I'm sure they wanted to kill me after seeing this guy and were told to make production-ready molds and they did a great job! 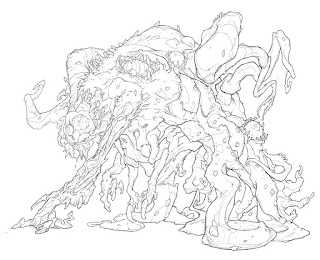 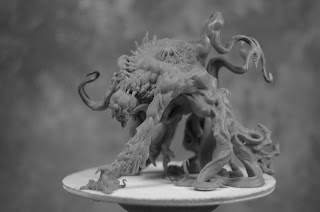 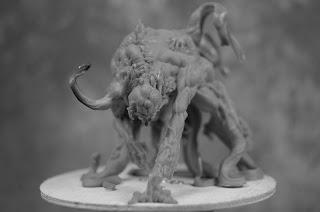 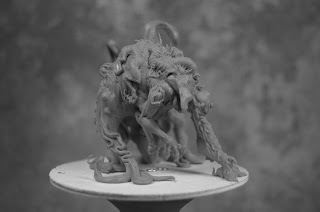 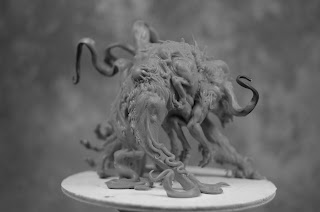 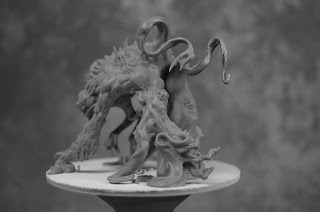 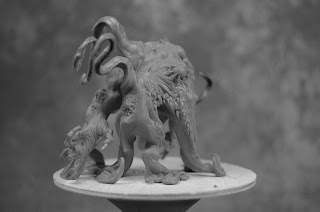 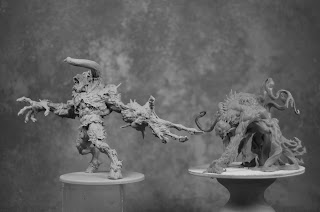