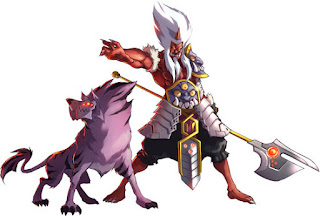 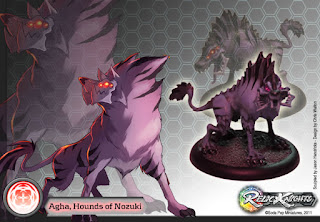 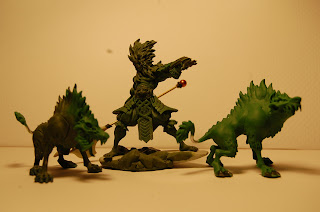 One of the cool things about Gencon is that all the companies that I've sculpted for finally show off their work which means I can finally talk about it. Here is the Hunter, (I think he is called "Rashinma-To,") and his warhounds that I did for Soda Pop Miniatures. Leaner then the Berzerkers and a tad taller since his hair is bigger he was the third Noh I sculpted for John Candice. The concept art by Chris Walton had a pretty wide stance and to keep that look and fit him on the correct base I made a scenic insert for him to stand on. Not sure who did the color drawing but it looks like it is based off of Chris's concept art. Anyhoo, no official picture of the mini yet, (that I could find) so the ones here are either from me or scrounged from the net. In the 4th pic, Zenida and Sprite were sculpted by Aragorn Marks using a digital haptic sculpting tool which I thought was pretty cool.
Posted by monster.0 at 4:09 PM