I'm happy with this guy. I did him all on my own and surprised the crew at Guillotine Games with him and they liked him enough to include him as a stretch goal for their Kickstarter. Originally I had been considering doing a giant or ogre but I thought that it wouldn't be that much fun since it would just look like a normal Abomination just bigger. I began thinking what could be giant sized and a total terror on the board and I came up with Minotaur. So, if you are playing the game and this thing stomps all over your character it's totally my fault.

Again, I am pleased and excited to be able to include the art by Edouard Guiton for this, since this figure was done on my own initiative it's a real thrill to have something like this happen where I get to have his art done of my figure, kind of a bizarre chain of events but very cool for me! 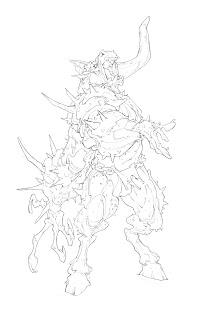 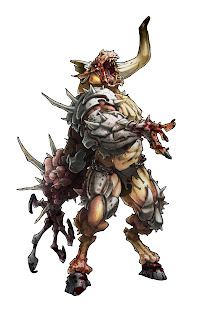 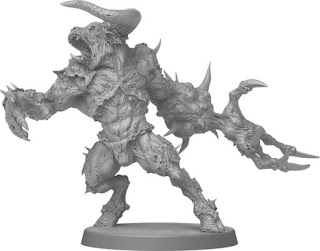 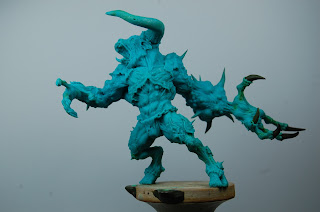 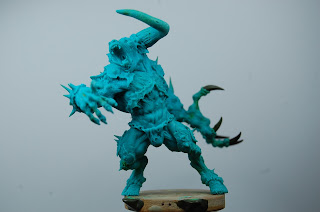 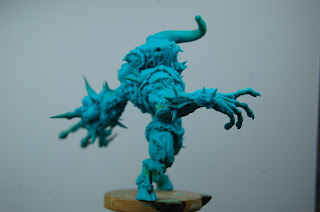 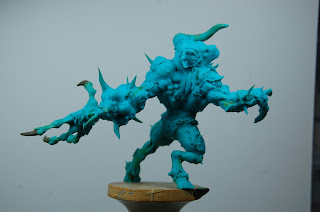 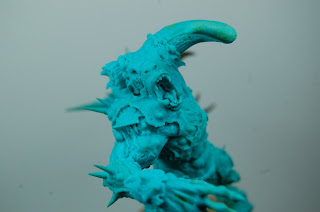 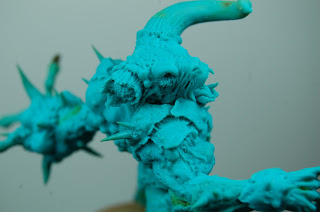 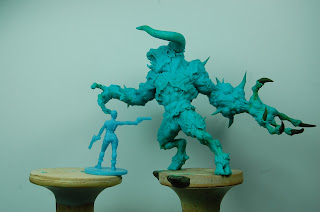 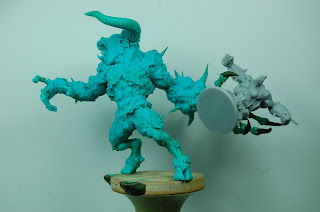 Oh yeah, he's totally massive too, the biggest Abomination to date, (that,s a normal Abomination in his hand in the last picture! Mua-ha-ha-ha!)

Edit: A bit of trivia for those of you who visit this entry, all of you have made this character THE most visited figure in my entire blog! For the longest time the Dire Troll Mauler was the most visited entry but in a mere months time the Abominotaur beat out the Mauler which took 5 years worth of accumulated hits. I guess people like the Abominotaur?
Posted by monster.0 at 10:08 AM