He's finally been posted so here's the Abominitroll. I had been asked to make a new monster for the Kickstarter since the Abominataur seemed to be received well, I asked what they wanted and they said, "How about a troll?" Why not? I mean, I do a lot of trolls so it wasn't as if I was leaving my comfort zone. Since I was being given a chance to design another large sized creature for the game I wanted to do something a bit different to make sure this figure's aesthetics set itself apart from all the other trolls I have done so I brainstormed for a bit on what to do and how to approach it.
I was more influenced by traditional descriptions for the design; big nose and feet with long and lean arms. Massive hands for snatching unwary travelers from under bridges and a distended pot-belly. Something else I wanted to do was attempt to convey a type of mindless and crazed energy to the troll, make it look as if it was insane at trying to get to the adventurers so I made him in this psychotic run with slavering tongue and groping paws flailing.
And the Guillotine crew liked it!
The other trick to designing these monsters for Black Plague is to make a creature that could be identified under all that zombification. In the standard Zombicide game all the Abominations are variants of humans so everyone knows what the starting body was; a person. But in this I have the extra thing to consider is that I am making monsters that can be recognized what they were before they began to mutate so I'm hoping I have been doing that well enough that these figures don't look like a mess of WTF when people look at it. 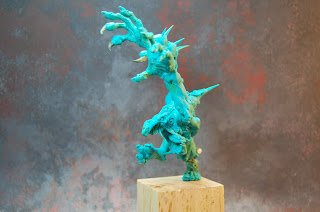 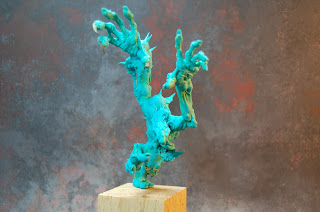 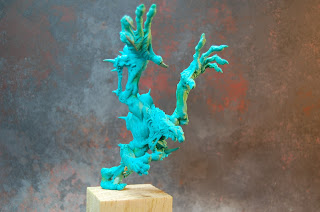 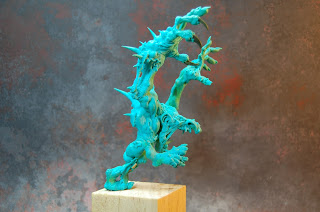 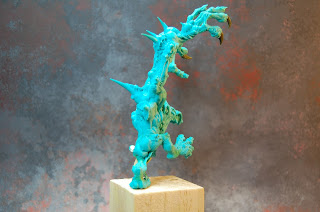 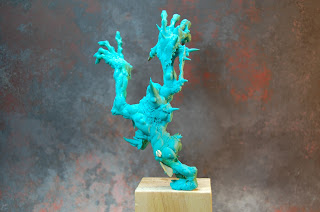 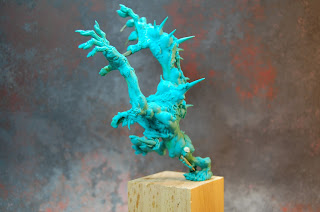 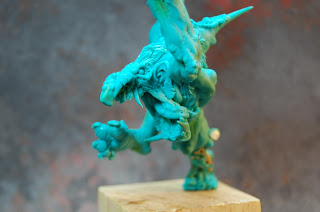 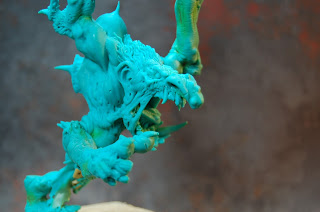 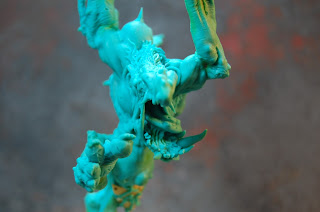 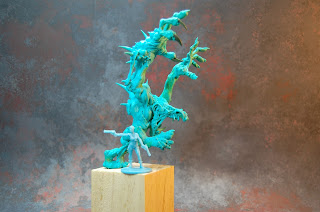 The last picture shows a standard Zombicide survivor along side the troll to give everyone an idea of scale. He's got an old shield s part of his loincloth from before he'd been zombified, (and there's that skull again!) since I figured he was a living creature with a penchant for trophy adornment until his suffering at the hands of the Necromancers.
Hope you enjoy it!
Posted by monster.0 at 5:28 PM