This was the last figure I did for the project and I was worried that I wasn't going to make it in time. This is another one of my ideas, I pitched the concept and was given the go ahead to sculpt it up. This is also the one sculpt I am nervous about. Again, I do not do the rules for the figures but I propose ideas and sometimes they stick. Originally I envisioned the Trickster to be something to be caught or dealt with rather then outright destroyed but I had no real idea how that would work out. One of the ideas I pitched was if you caught him you might get a gift or he might try to attack depending on a roll of the dice. Sounds brutal, I know. Probably why I'm not a rules guy.

In the mythology, characters like Coyote are not particularly nice beings. They can help people out but can turn on them for whatever reason. To depict this I sculpted him with an unknown McGuffin object in one hand as if offering it, (possibly the cure to the plague?) and a knife in the other which went with the original idea of  it being pernicious in it's moods. The smoke around his feet was to make it look as if it just manifested and the leaning back stance I used in his pose I thought made him look as if he might be leaving, all hopefully giving the feeling it might not be around much longer and you better catch it now.

Half way through working on this I was asked to do the Steam Monster Abomination so I set the Trickster aside and focused on that. By the time I got done I only had a few weeks to finish it up and to make things worse I had been hit by an inspiration while working on the other abomination; why not give it more heads? Yeah, that's right. I did not originally intend to have a head swap feature. Nope, decided that on the fly. Real professional. I originally was just going to do Coyote but I also know that there are a lot of depictions of the trickster in Native American culture depending on region and the idea of extra heads to portray that sounded like an interesting way to add that representation.

So not only did I have the body only half done I now decided that I also needed to sculpt as many heads as I could in the time I had. In the end I got three, I wanted to do the spider as well but I finished the sculpt, I think either one day before or after the deadline(?) so the Coyote, Raven and Hare were all I was able to get done.

To add to the stress, nobody really knew what I was working on. I mean, everyone knew I was working on something called "The Trickster" but outside of some WIP body shots no one knew what the finished piece was going to look like since there was no concept art. The day I took the pictures and showed it off to the crew I had no idea if it would go over well with them. The head idea is not something normal in the game and it's not like a regular zombie, no sign of infection, mutation or undeath. Did I just make everyone wait for a failed idea and awkward sculpt? They accepted it but I was still unsure, I didn't even know if they actually planed to use it until today when I saw it on Kickstarter.

Hopefully it will be a fun addition to the game and I didn't upset too many people. 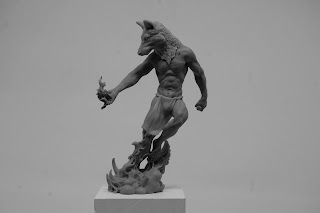 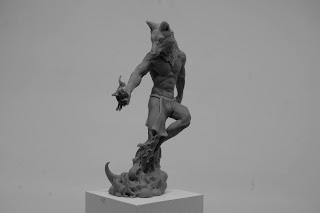 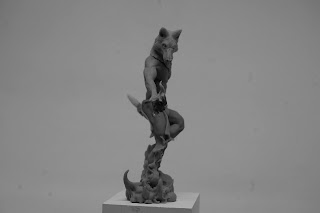 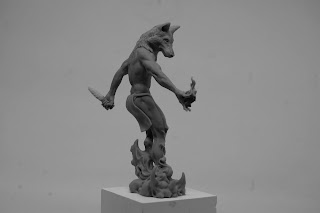 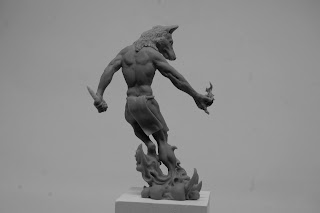 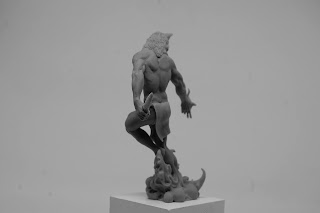 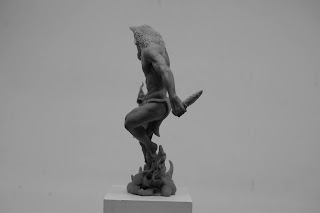 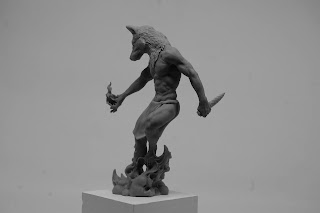 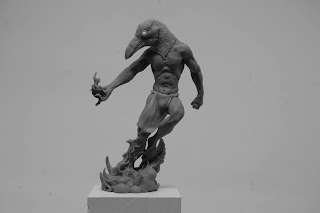 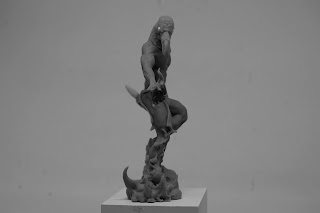 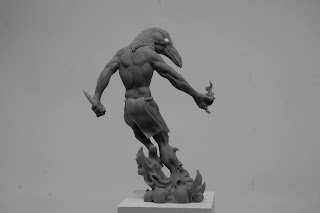 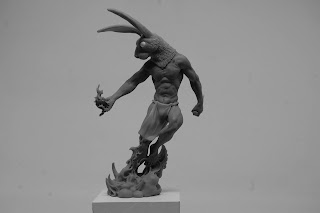 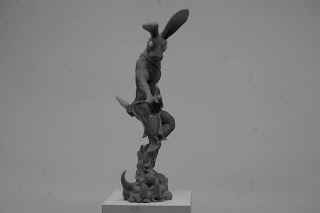 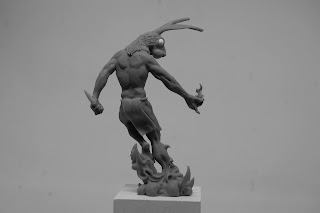 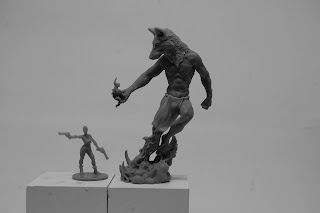 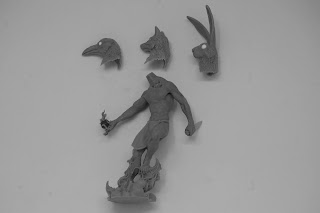 And one of the neat things about getting to work with a team is getting to see stuff like artwork based off of your ideas, here is the game art for The Great Trickster Spirit by Prosper Tipaldi with colors by Giorgia Lanza. 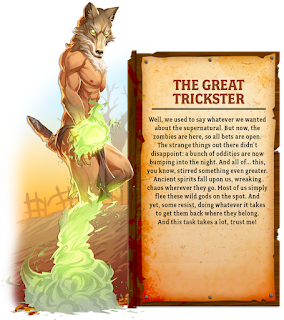