This is another of my designs, when I got the chance to add some of my own ideas to the game I really wanted to do a Wendigo figure as I thought it would fit well with the theme. Instead of making a victim processed by the spirit I wanted to do the spirit itself and I attempted to add elements that I thought would reflect it's hunger. It has the elk head (which is how I have mostly seen it depicted) and gave it an empty chest to show how hollow it is and will always be, no amount of food will ever fill that void. Long arms for catching victims to stuff into it's maw but no jaw to chew. I made the legs half formed as I was attempting to make it look as if it had not entirely manifested. The body was to look as if it was made of tattered skin and collected bones from it's previous victims all supported and propelled by swirling frozen winds. Here's hoping it looks the part, (sculpting wind is hard to pull off.) 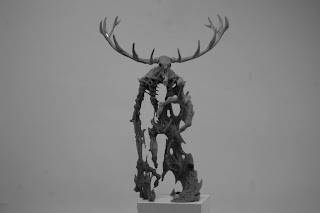 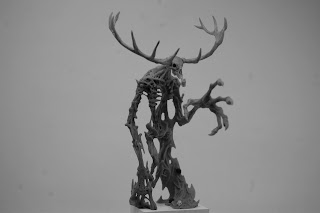 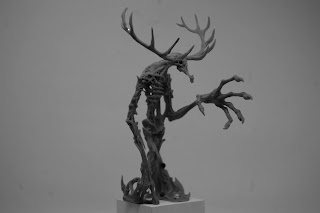 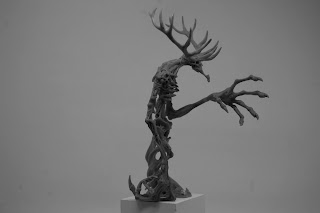 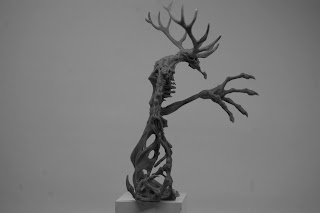 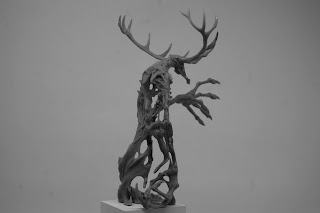 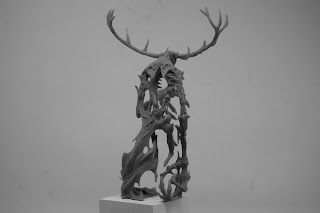 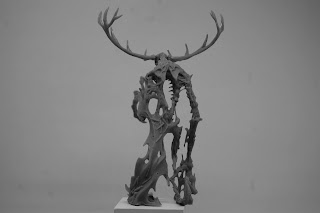 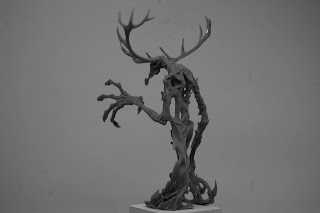 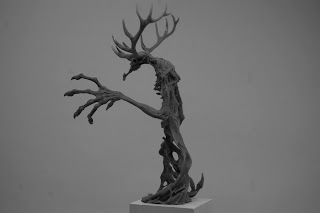 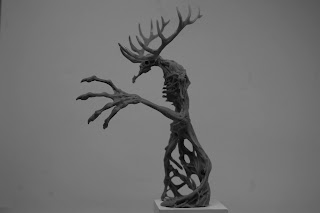 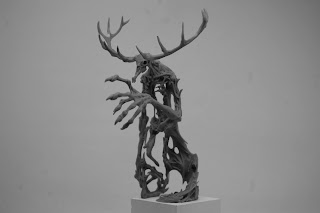 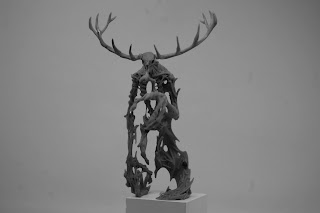 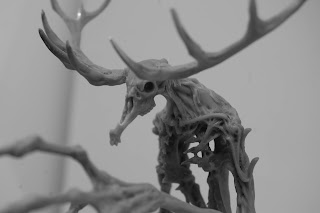 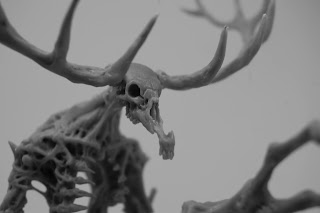 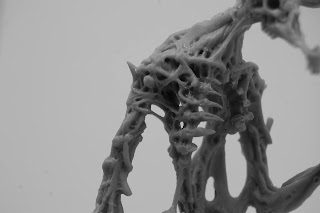 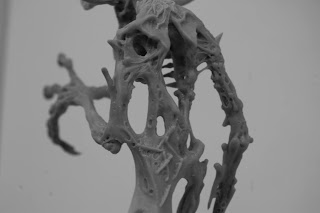 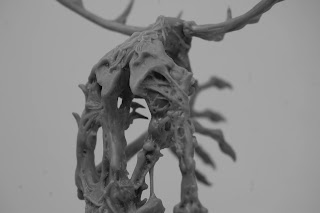 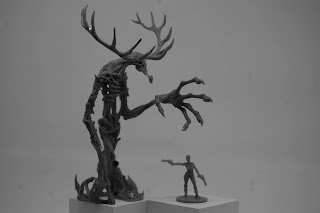 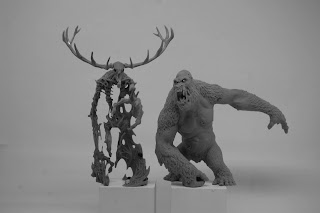 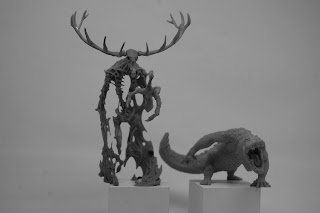 And here is the game art for it, credits were not given but if I find out I'll add and update that info. 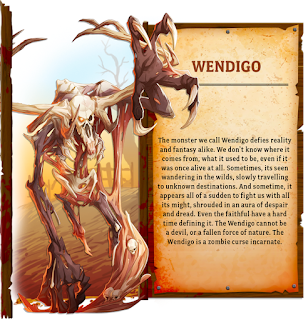