Is it just me or do I sculpt trolls a lot? This guy is for the new Blood Rage game that's to be released by Studio McVey and Guillotine Games and he was the first figure I did for the line, (the Frost Giant being second.) Since pictures have been posted on their Facebook account I'm now posting the work pictures on my blog.
I'm still on the fence about how he turned out, I'm not sure about my interpretation of the art and it's mostly the head shape that I worry about. Since there was no turn around for the head detail everything is based off of his profile regarding the shape and width of the skull and features, hopefully it's just me second guessing myself and he will be received well.
He was sculpted in Fimo, greenstuff and the human skull is a resin cast of a skull I sculpted for details like this. (I'm not sure if people realize how often I have to sculpt human skulls.) Anyway, he's  ready for Trollhammaren. 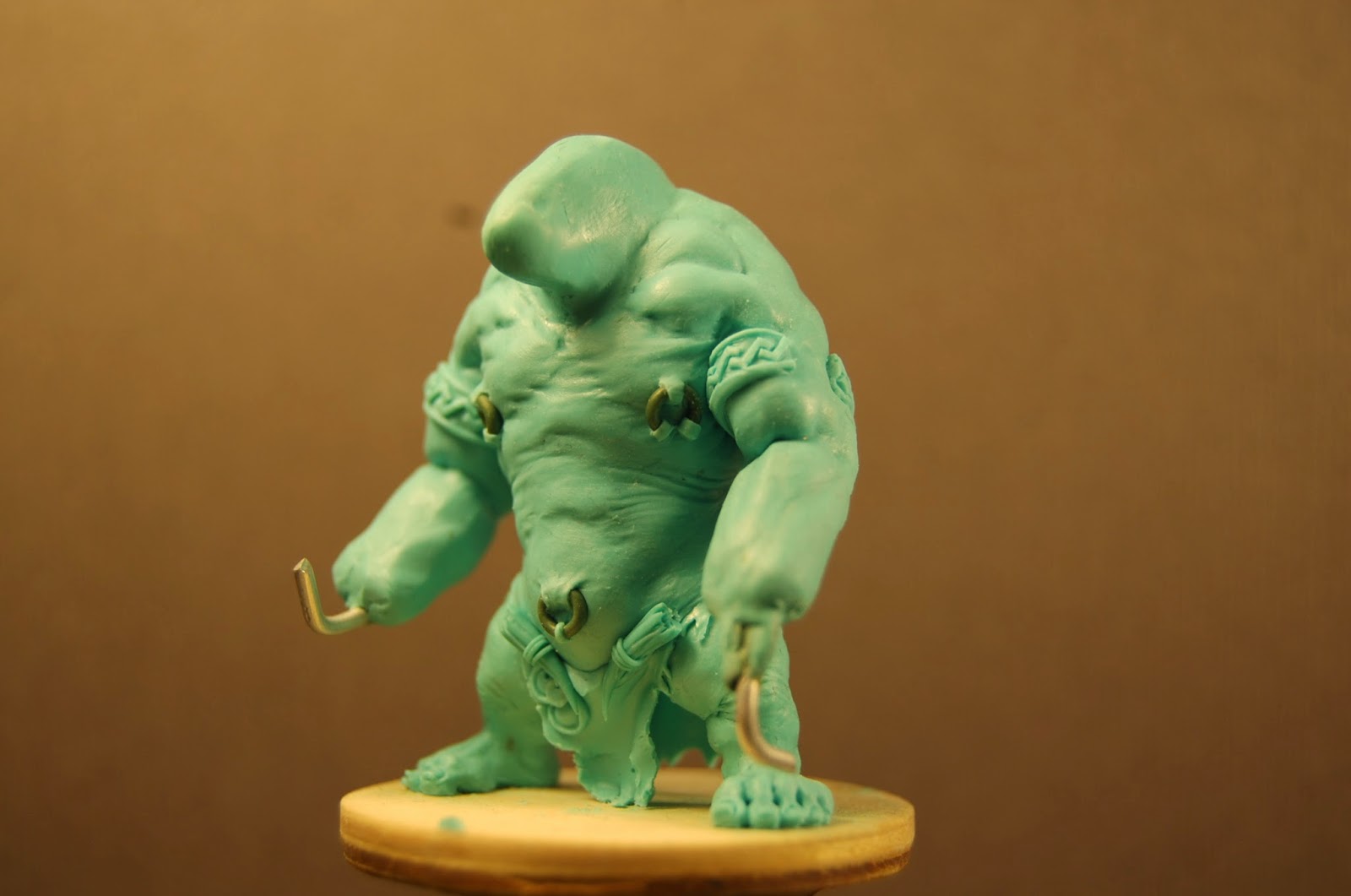 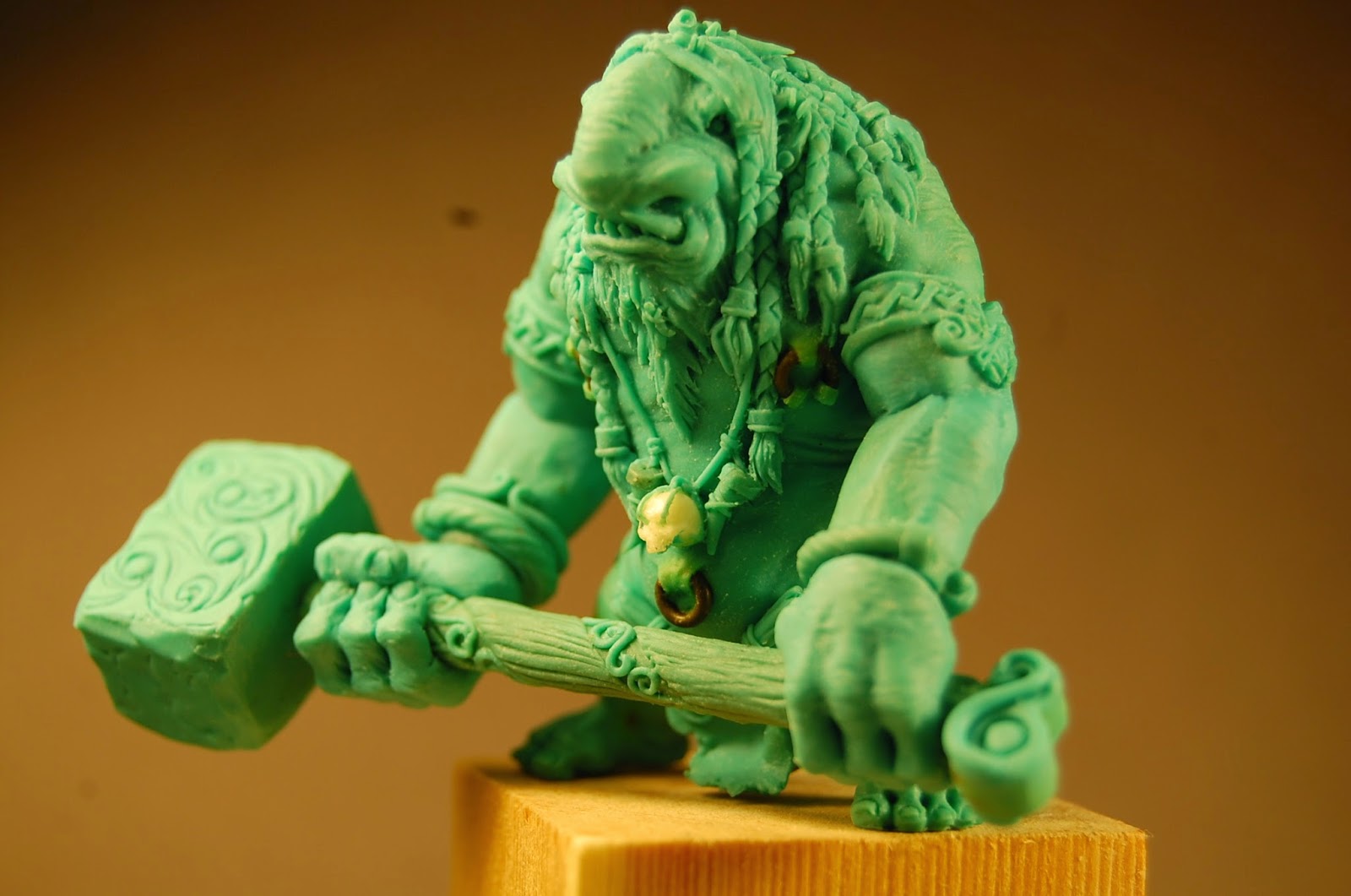 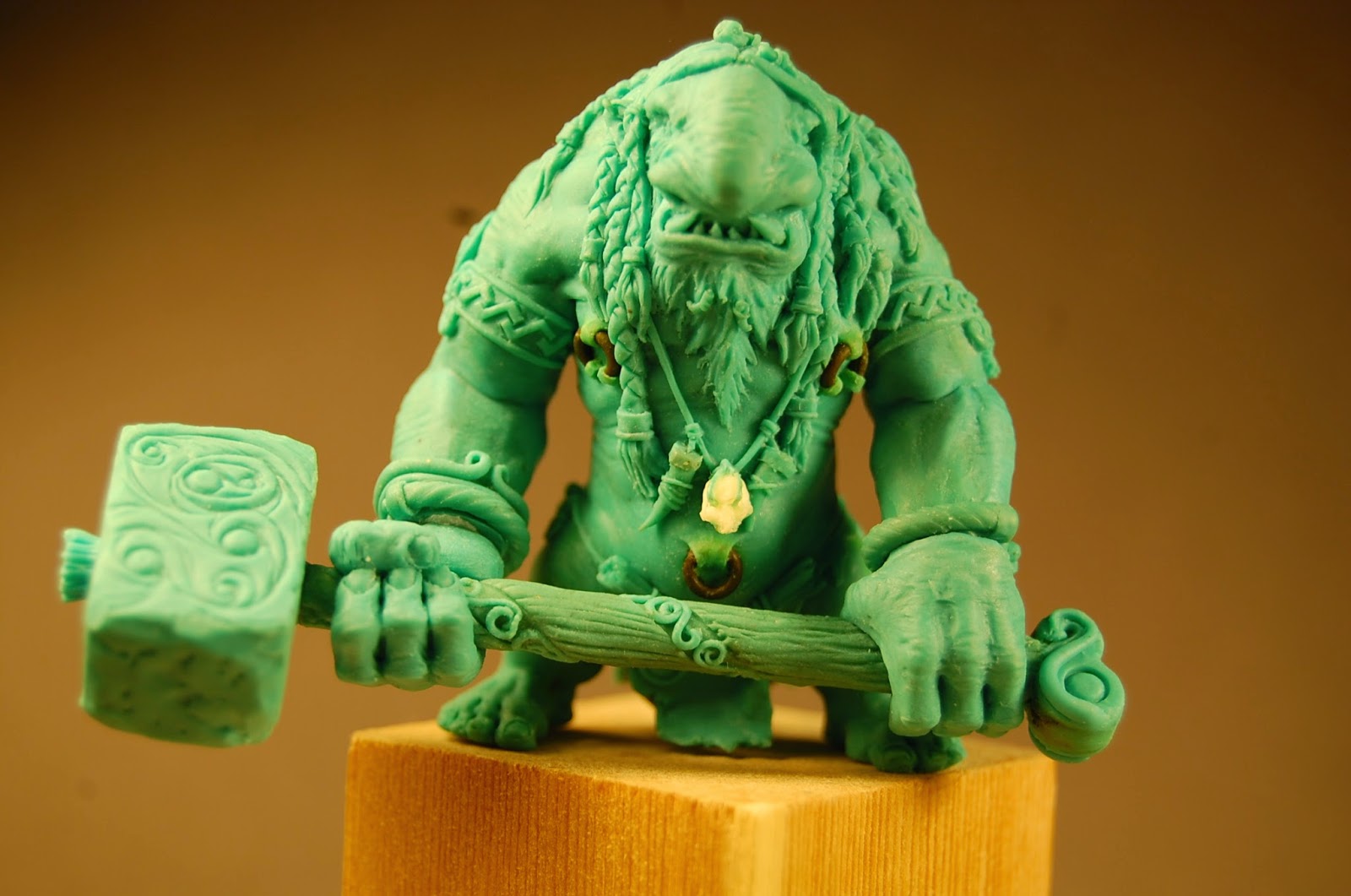 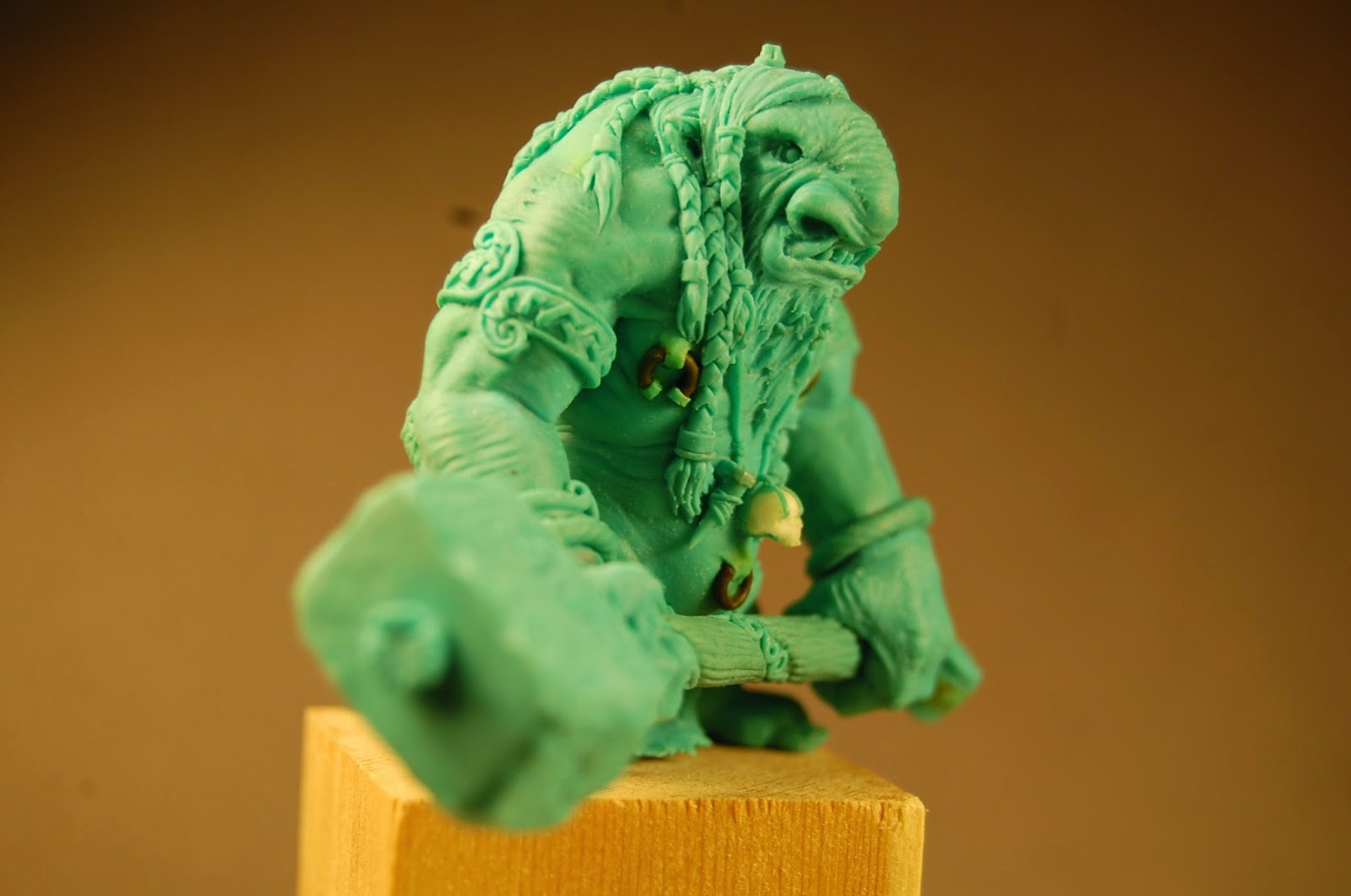 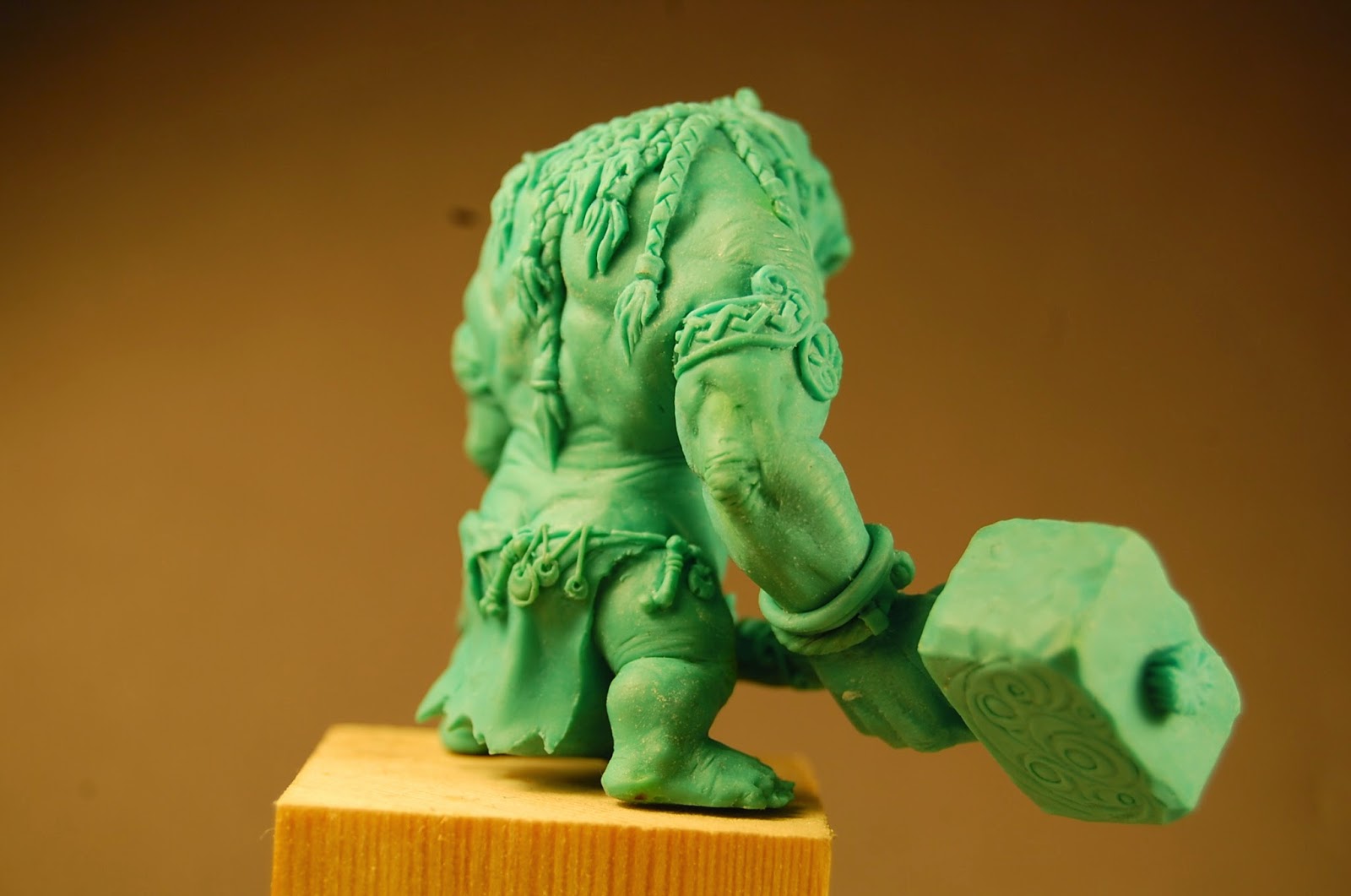 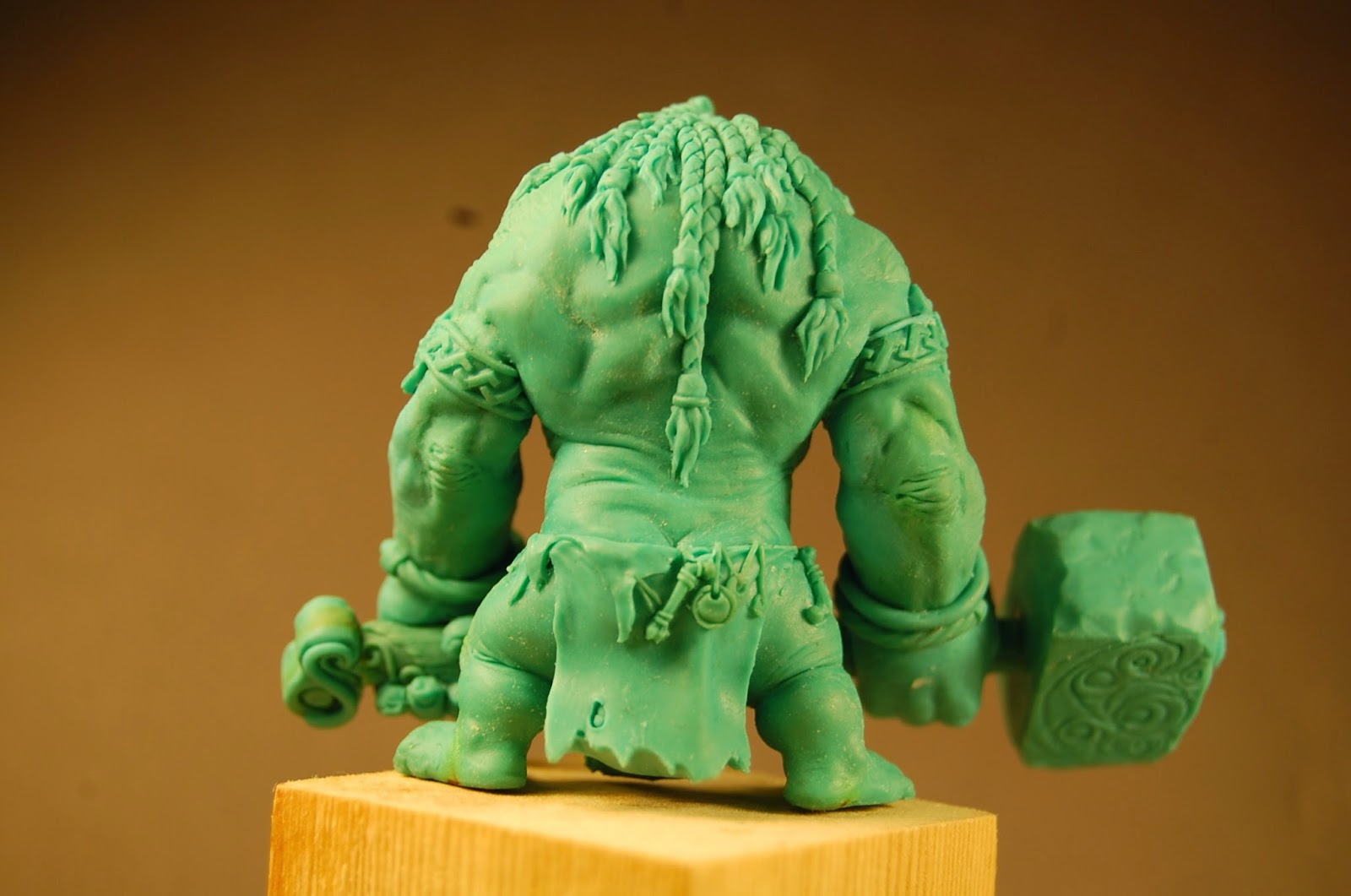 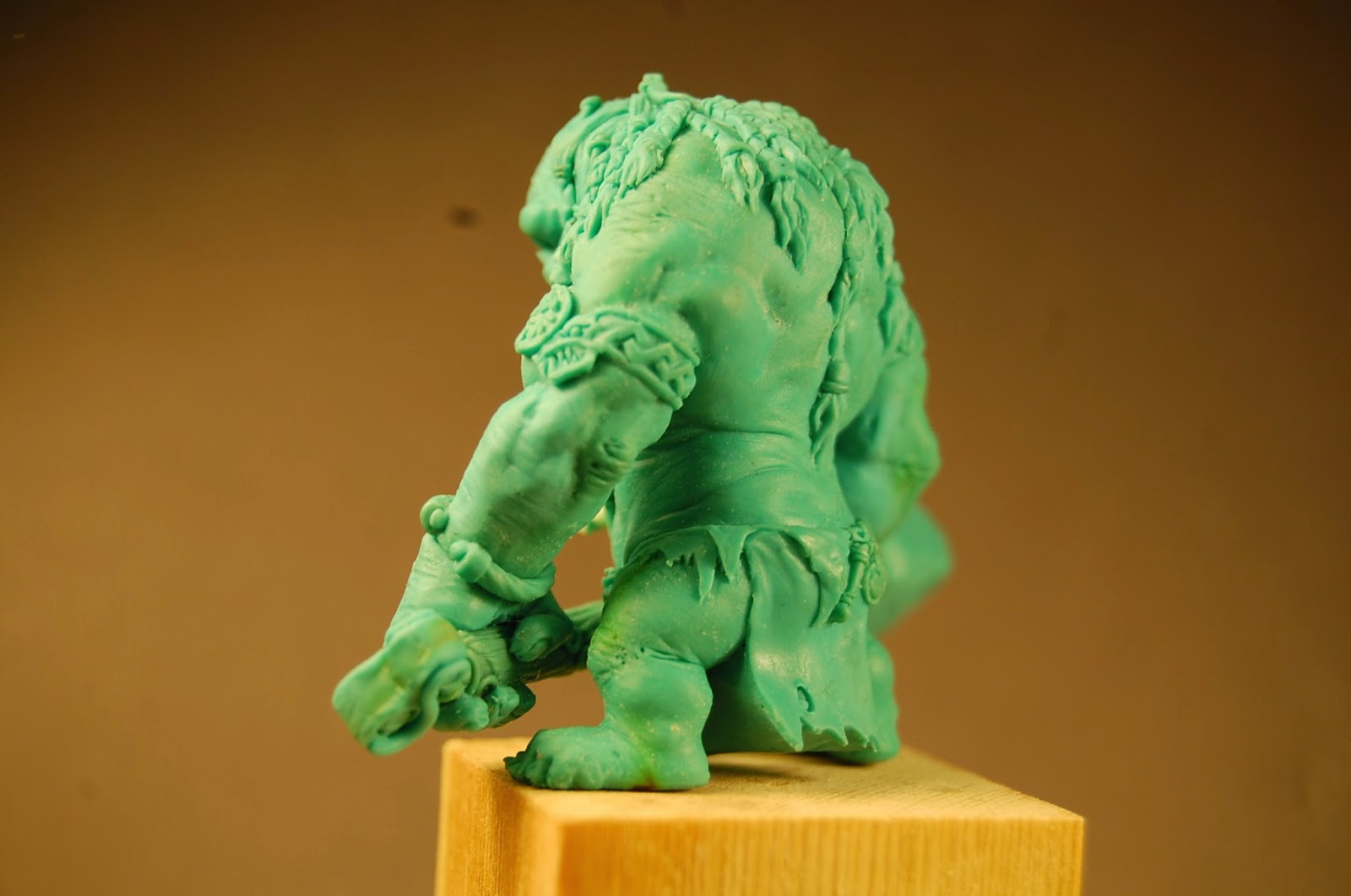 Concept art is by Adrian Smith
Posted by monster.0 at 1:31 AM