This guy was done back in July of 2014 and might have been finished a bit sooner if I hadn't lost a piece of it while sculpting. Yup... That's right. While working on the sword arm a part of the head dress fell off and disappeared right in front of me. After searching for an hour I gave up and began re-sculpting the part. It added a few extra days to get it completed and I was angry the whole time. I hoped that I would never find the missing part rather fantasizing it vanished like a mystery to lead a life of adventure in some far off land rather then finding it in some obvious place a few days after sending it off Mike. About four months though after putting it in the mail I found it's hiding place and there was much head-smacking and grumbling. I still have the piece sitting on my shelf of failed parts and I glower at it from time-to-time. 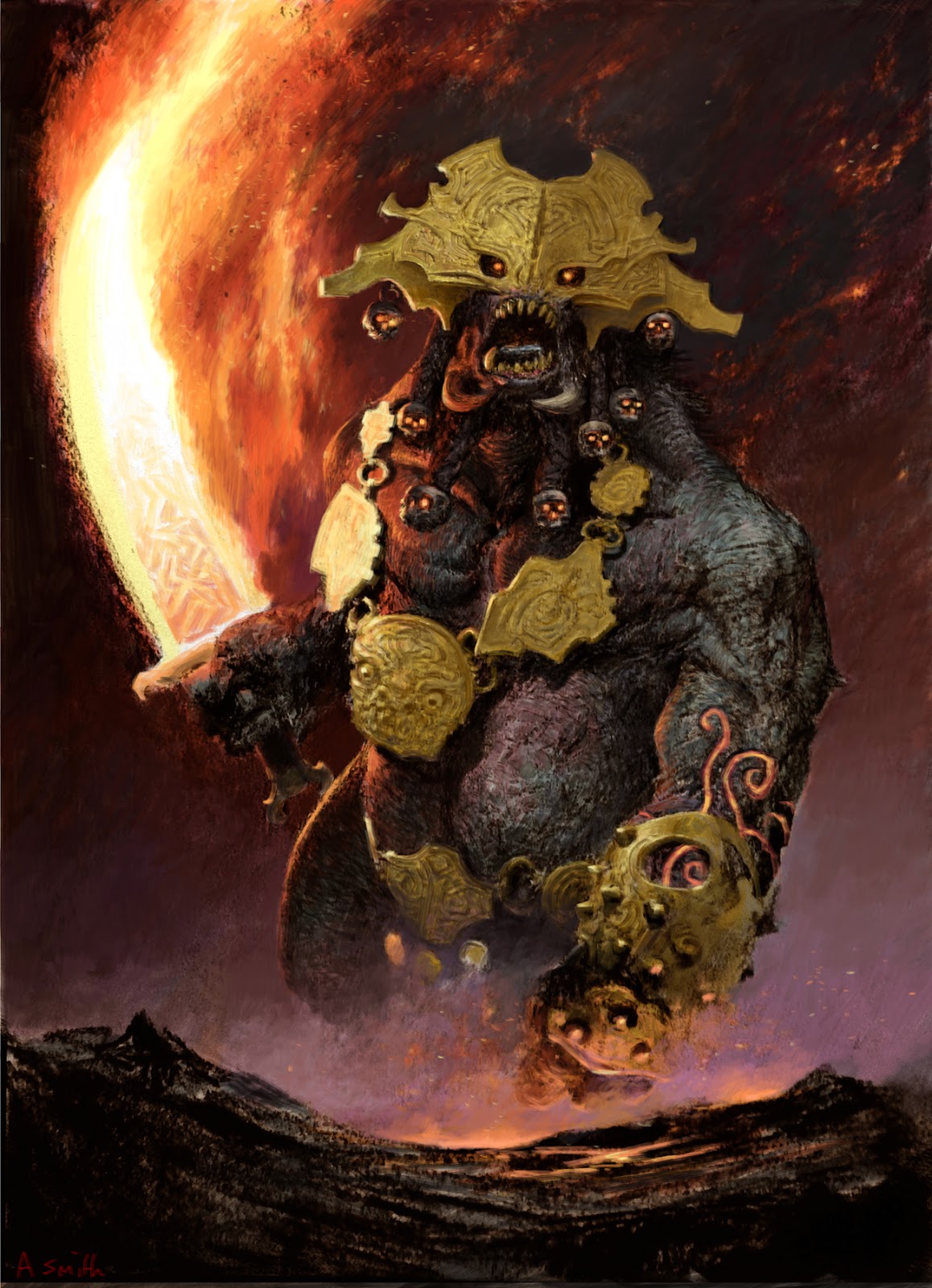 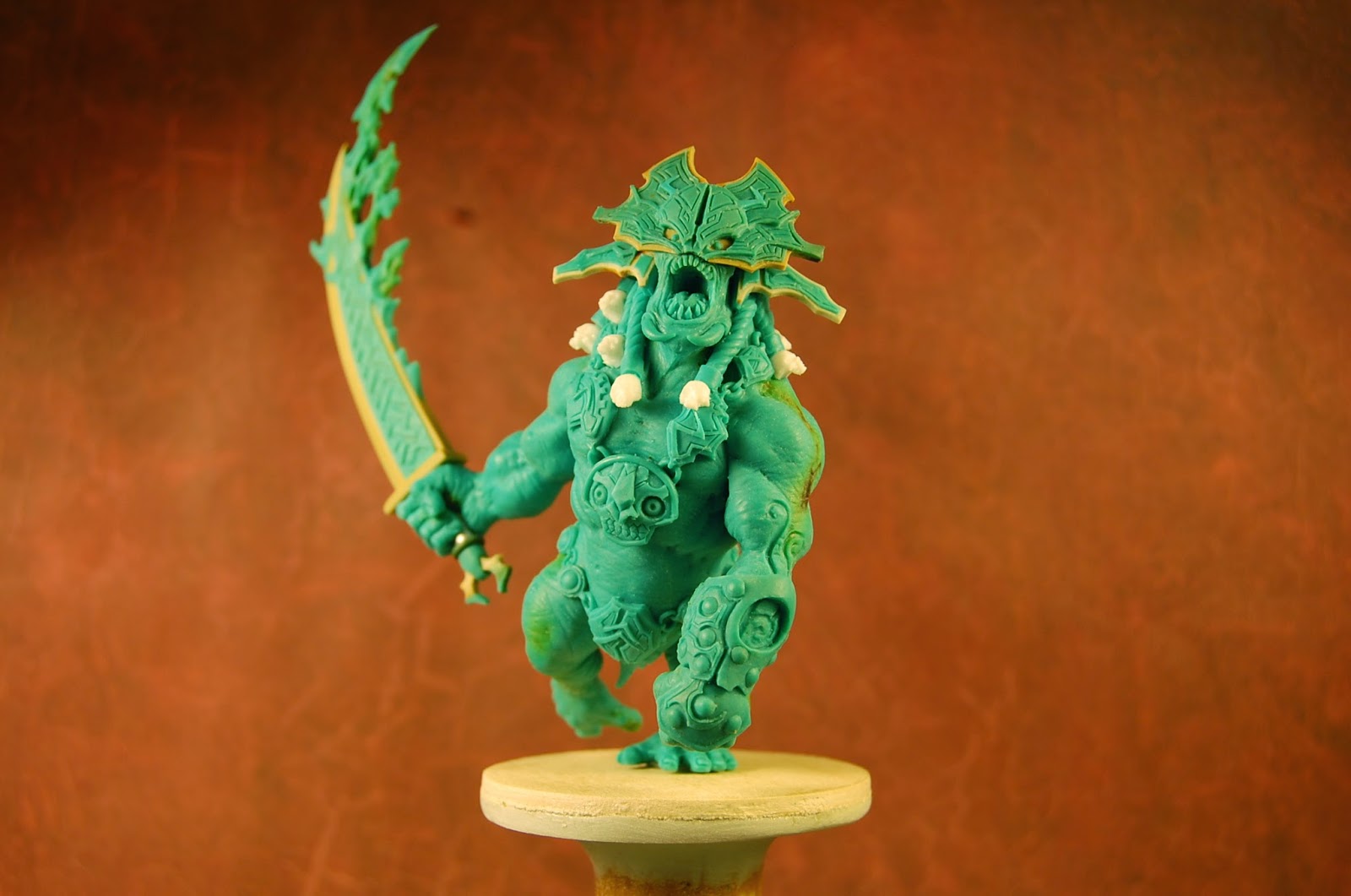 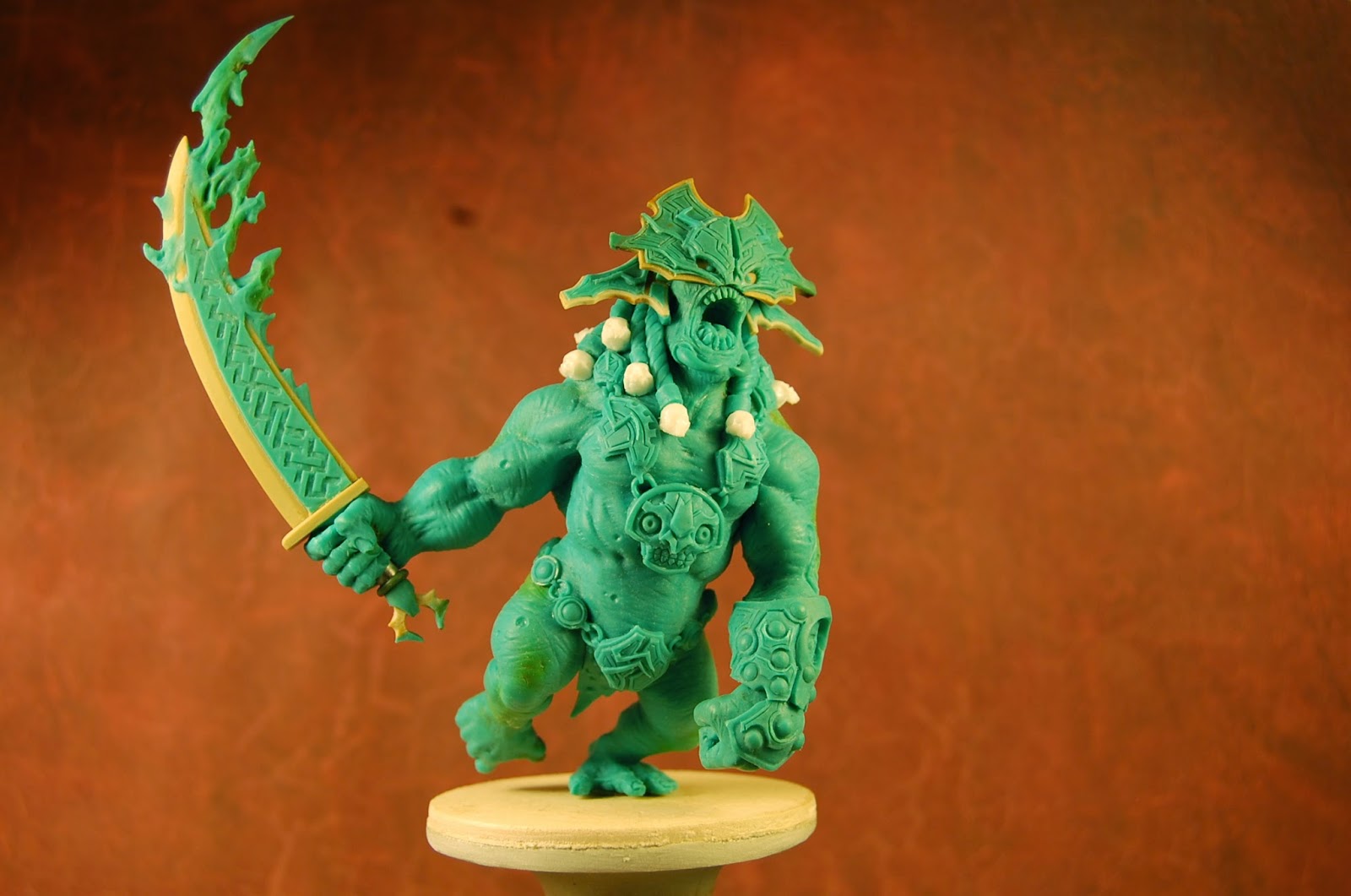 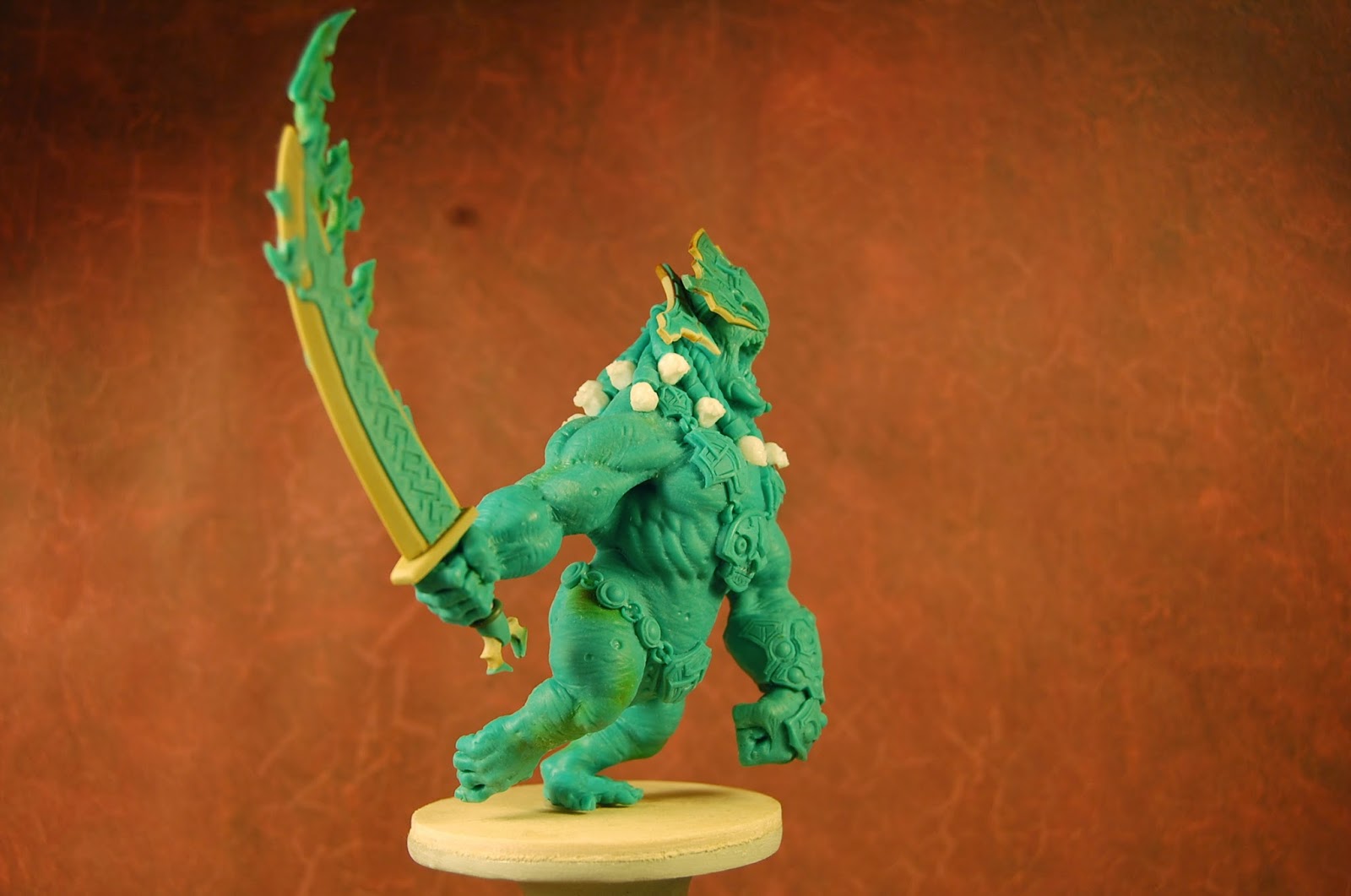 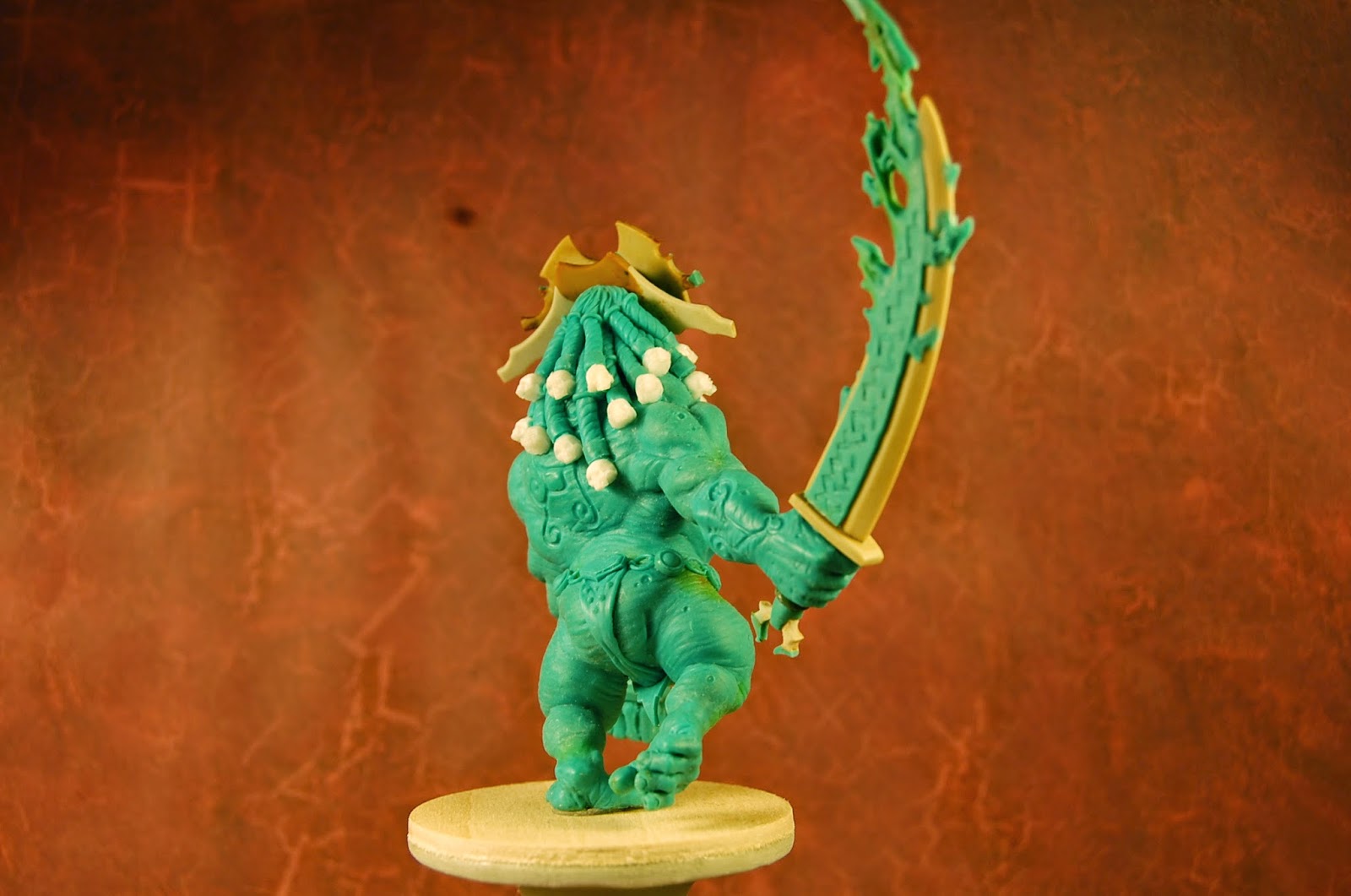 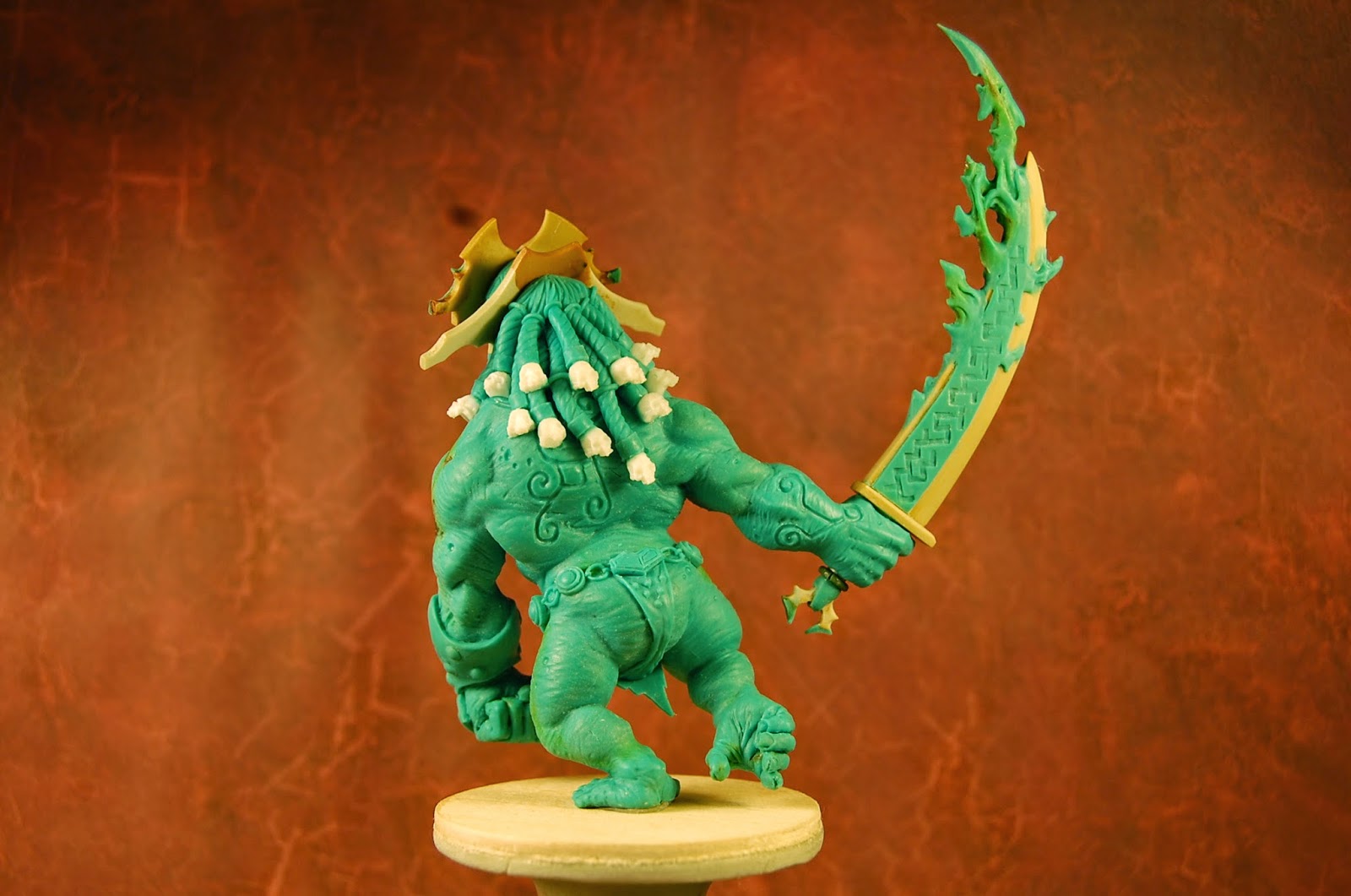 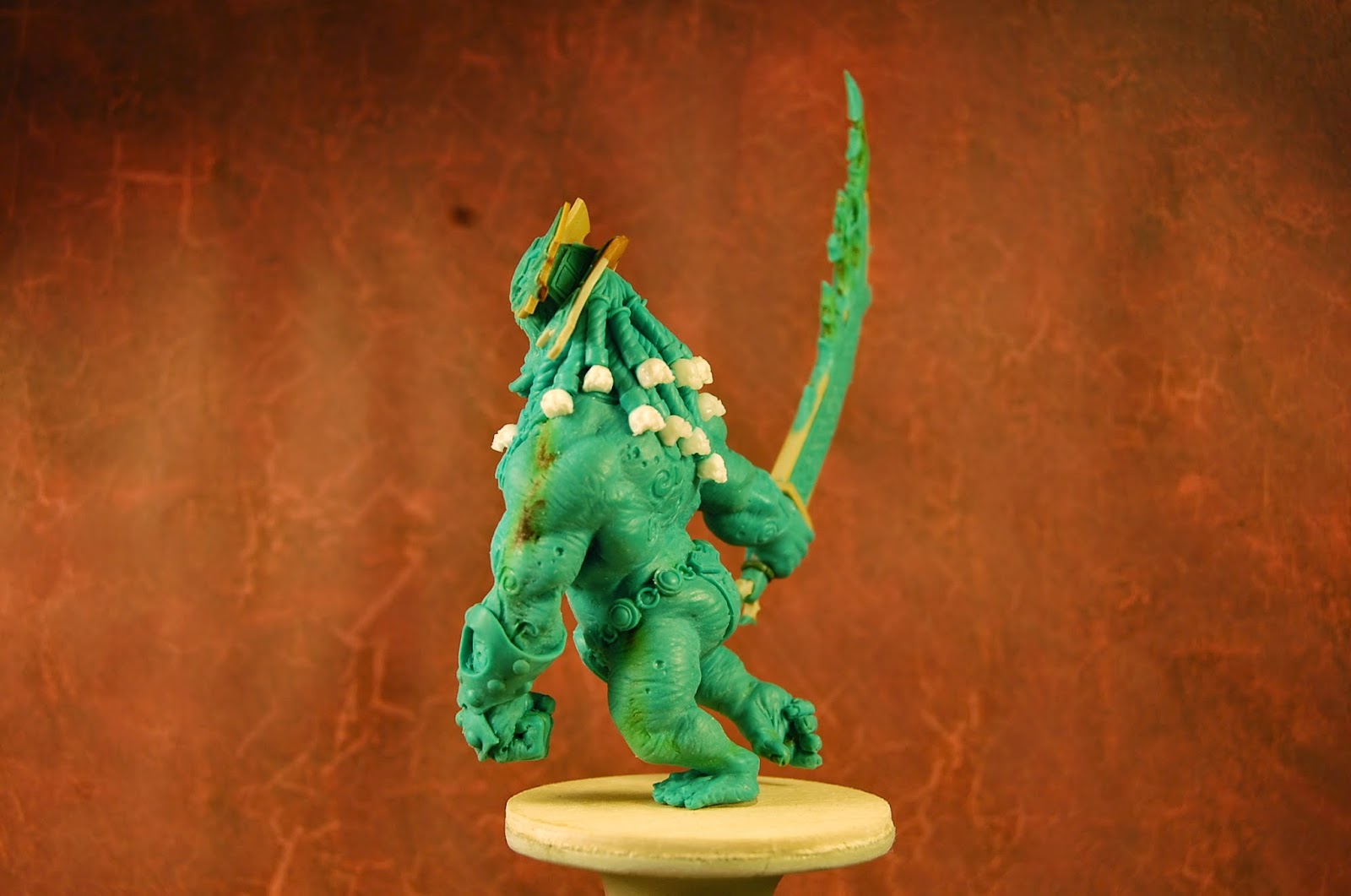 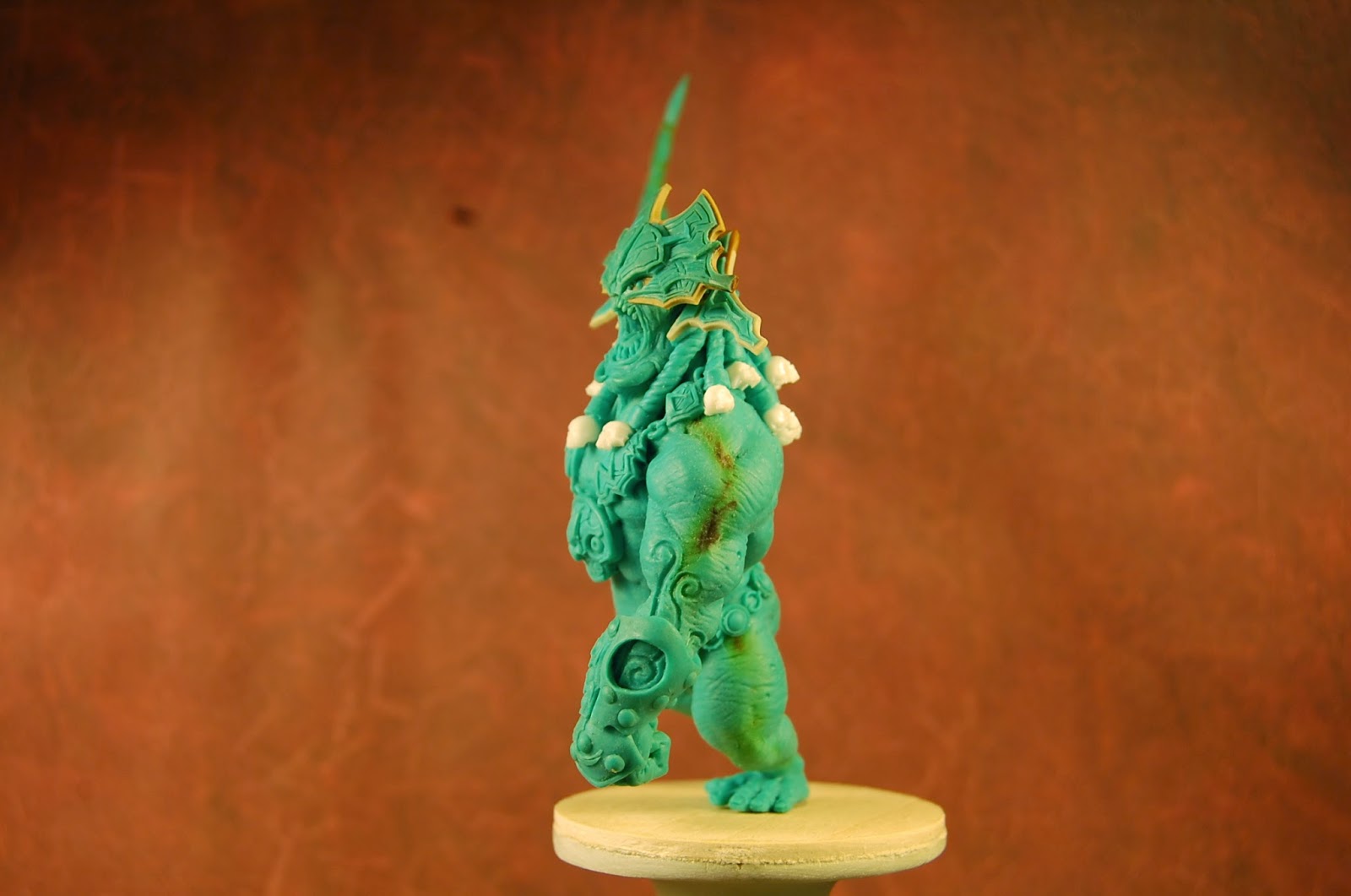 The original concept art did not show any anatomy from the shins down, I was getting a heavy gorilla feel off of his pose and general build so I asked Mike if it was OK with him to give it prehensile feet and he as fine with that. So, if you don't like that part about him you can blame me, (Sorry Mr. Smith!)
See all those skulls? Remember in the Blood Rage Troll post I mentioned I sculpted a 28mm skull and made a mold for it? This is why. I think he's got somewhere around 16-18 skulls in his locks... So, yeah. That saved some time.
I think one of the major things I would have liked to do on him would have been a bit of a scenic base, like the Frost Giant has. If I could have added a bit of angled rock to have his standing leg poised on to make it look more like he was vaulting from a height down onto someone it might have made him more dynamic. Oh well, hindsight 20/20 and all that.
Here are some pictures of the finished product provided by Rogland Painting Services, https://www.facebook.com/RoglandPaintingArtist You can see more of him there if you follow the link. 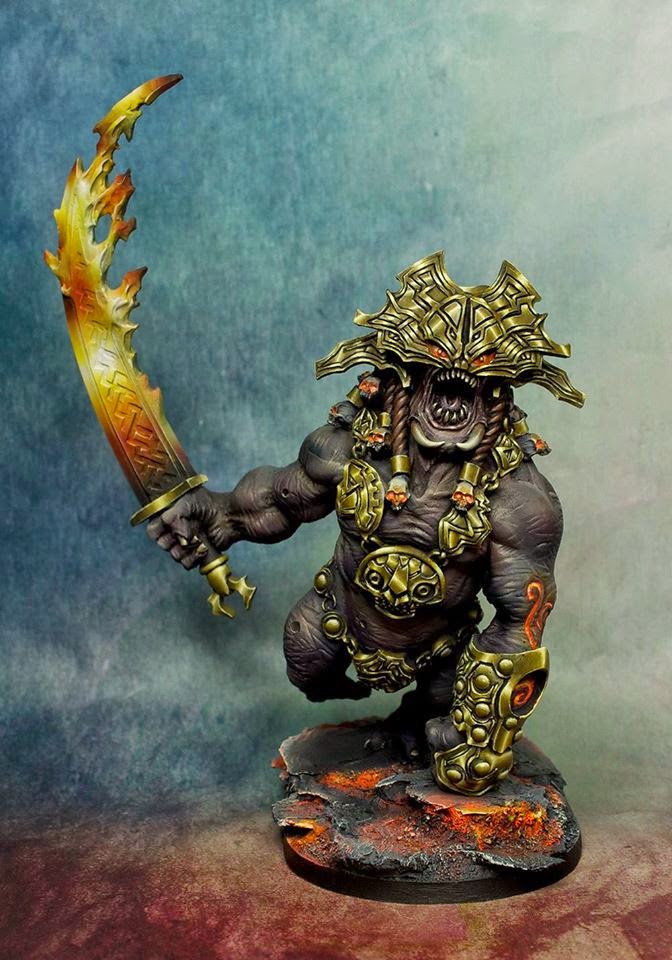 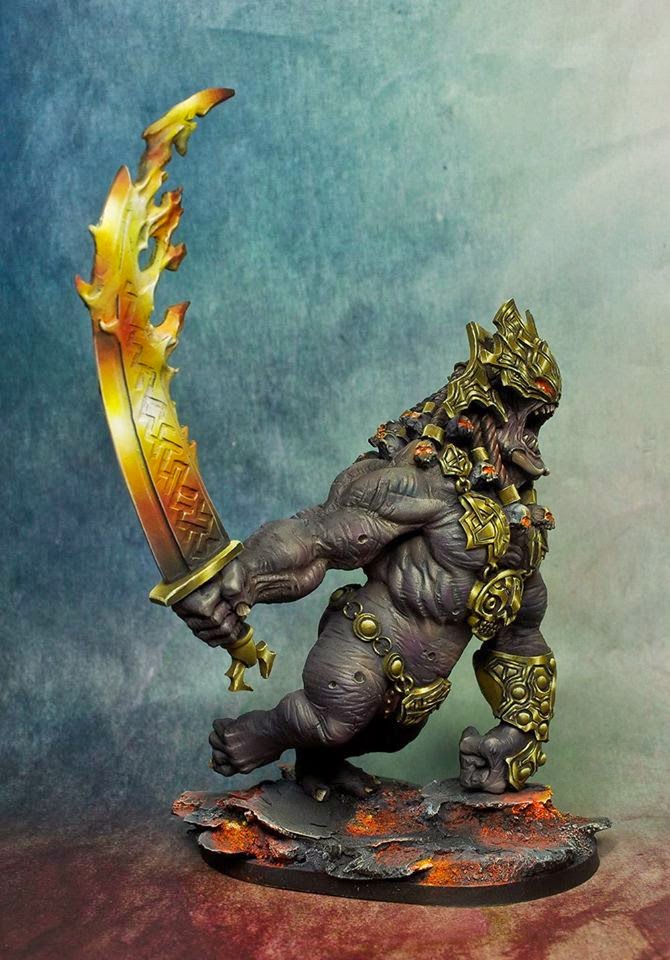 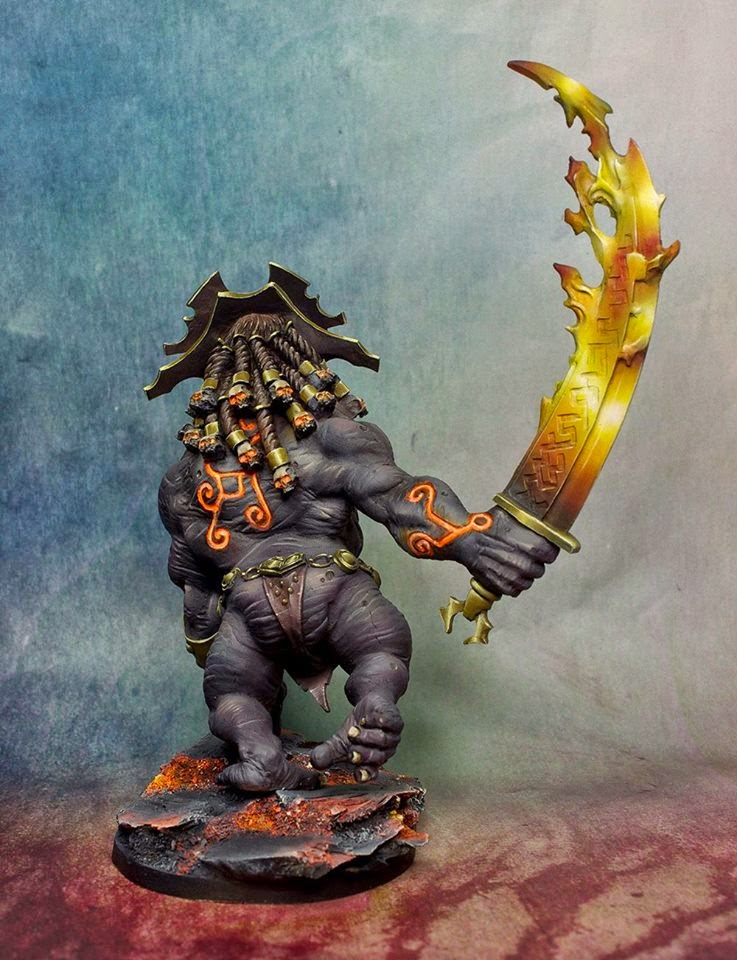