Now this, THIS is the guy I've been wanting to show off! I did this figure in 10 days, (which is fast BTW) and I did something I should never ever do; I sculpted it without taking progress pictures for Mike McVey to critique. Normally I take photos of the figure during various stages to 1: show that I am working on the project and making progress, and 2: the art directors can point things out they want changed before it gets too far along in the sculpt to become a problem. But I was under a tight deadline for this guy since I had him as well as the Mystic Troll to do and I just sorta... Spaced out for a while sculpting him. Before I knew it I had him done. Luckily Mike was OK with how it turned out and I got him overseas in time for the Kickstarter campaign.
I changed his pose a bit, (Sorry Mr. Smith!)  and did kind of the reverse for the Frost Giant; instead of being perched on a scenic base of a cliff face I had him descending down the scenic addition. I had Jane's Addiction: Coming Down the Mountain stuck in my head for a few days. I'm not sure what inspired the pose, I think it may be a subliminal memory of a scene from and old 80's fantasy movie, Sword and the Sorcerer maybe? Anyway, I was happy with how it turned out especially since I don't do fur that often and I attempted to do it in the same style as the other figures in the line for aesthetic continuity. Oh yeah, he's big too! Those are the same resin skulls I made that I've used throughout this line, Mike didn't give me a size he wanted the figure to be so by looking at the skulls in the art and with the name "Mountain Giant" I just sorta went from there. Hope you guys like it! 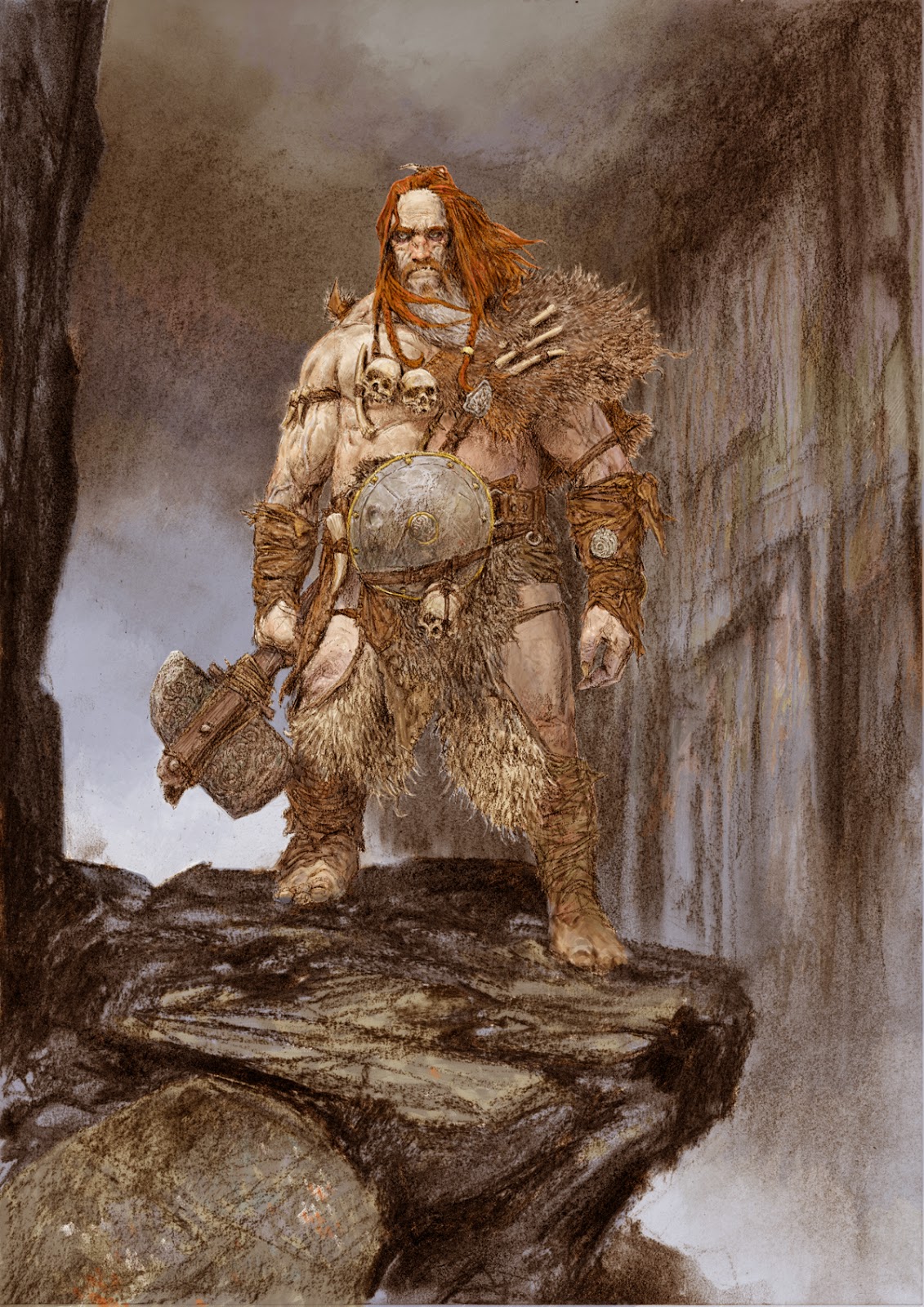 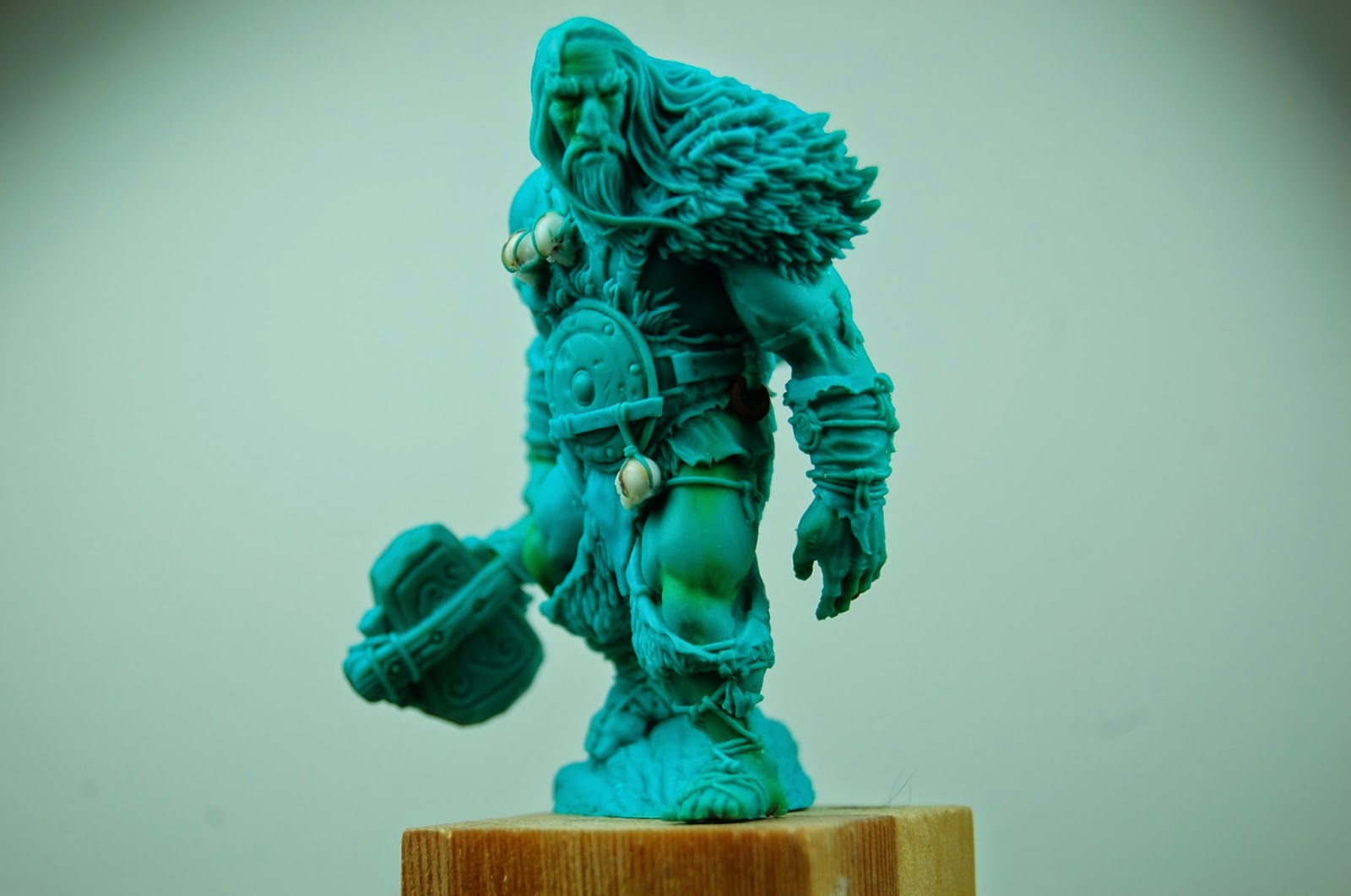 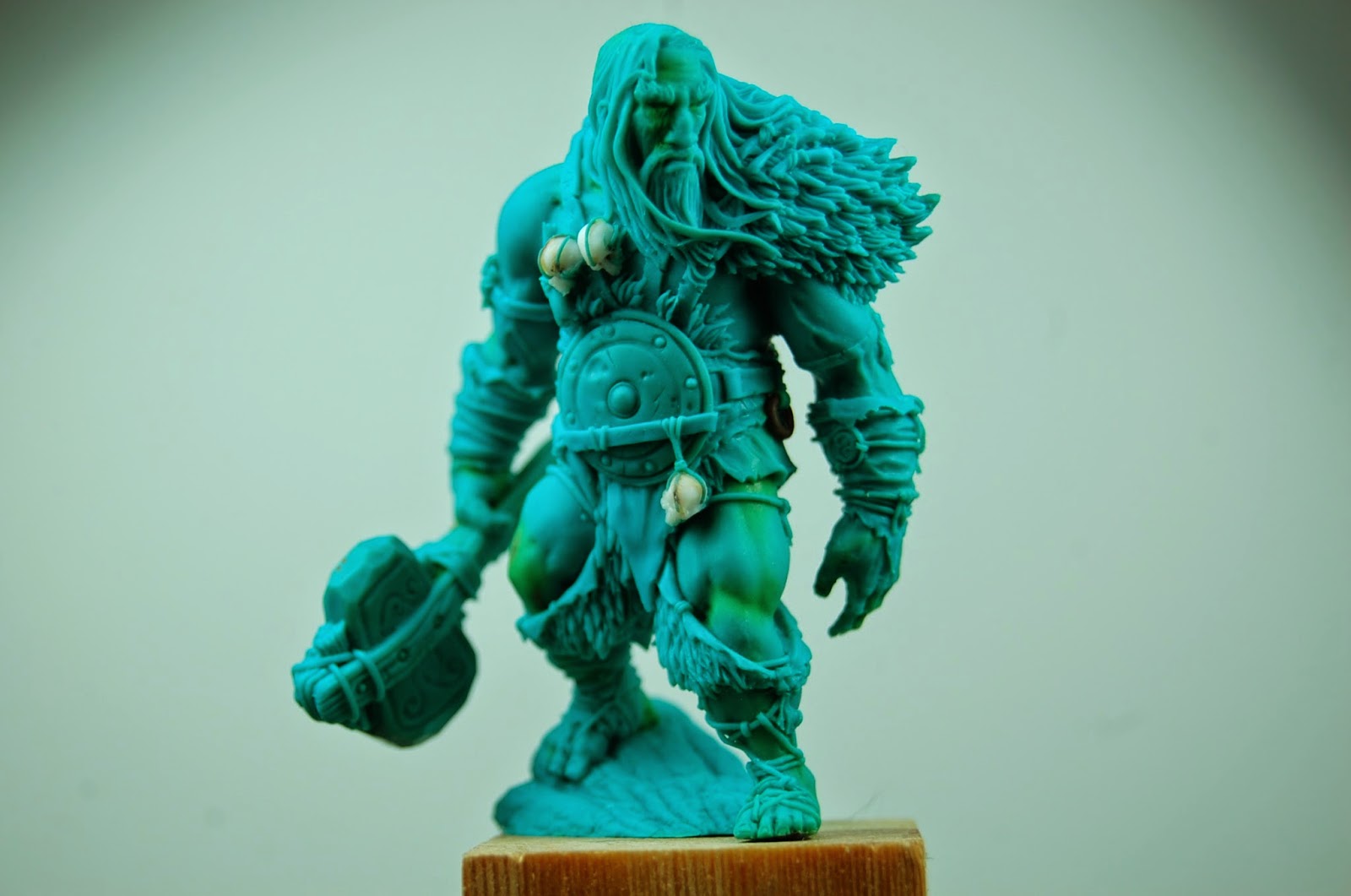 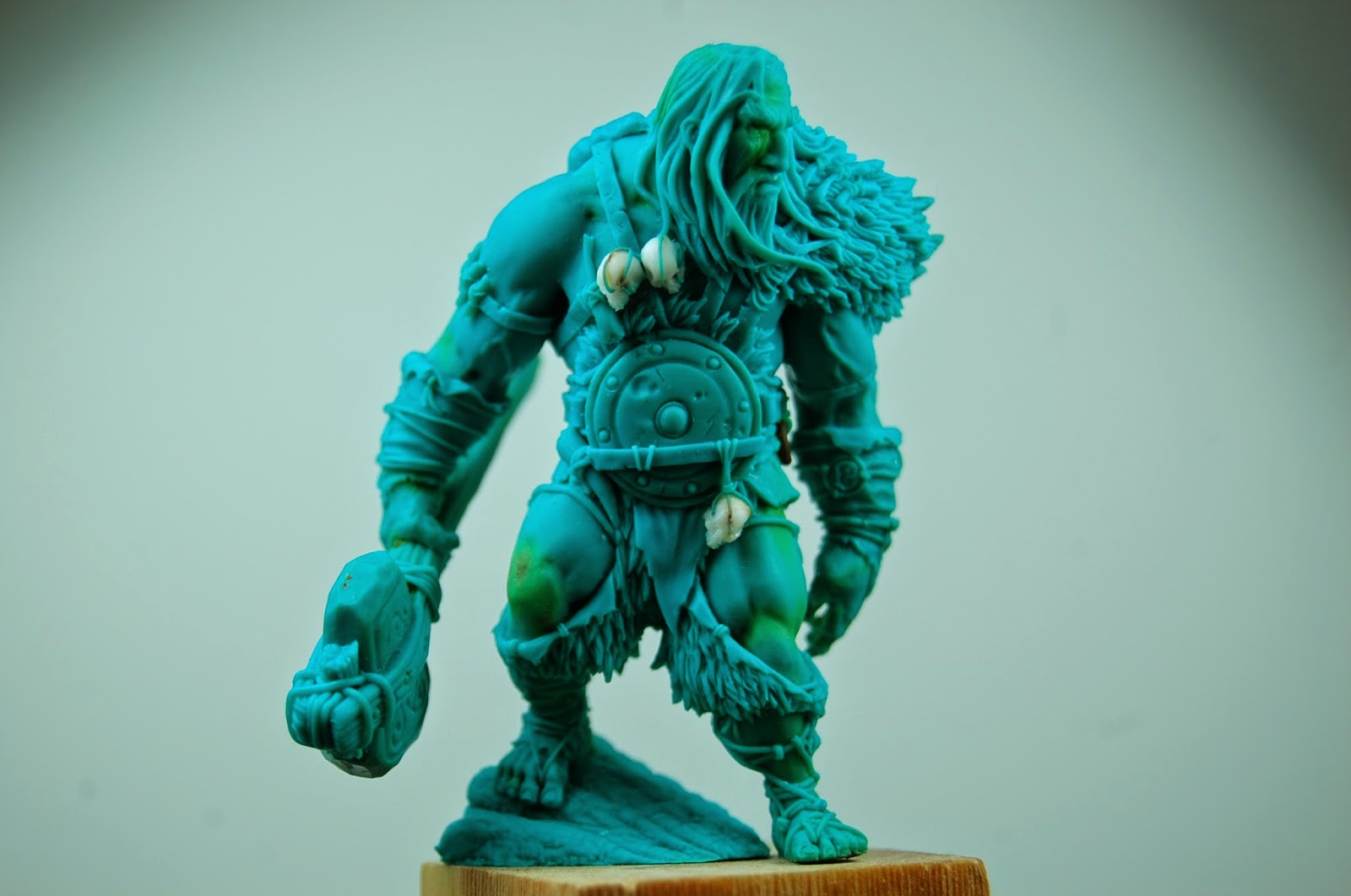 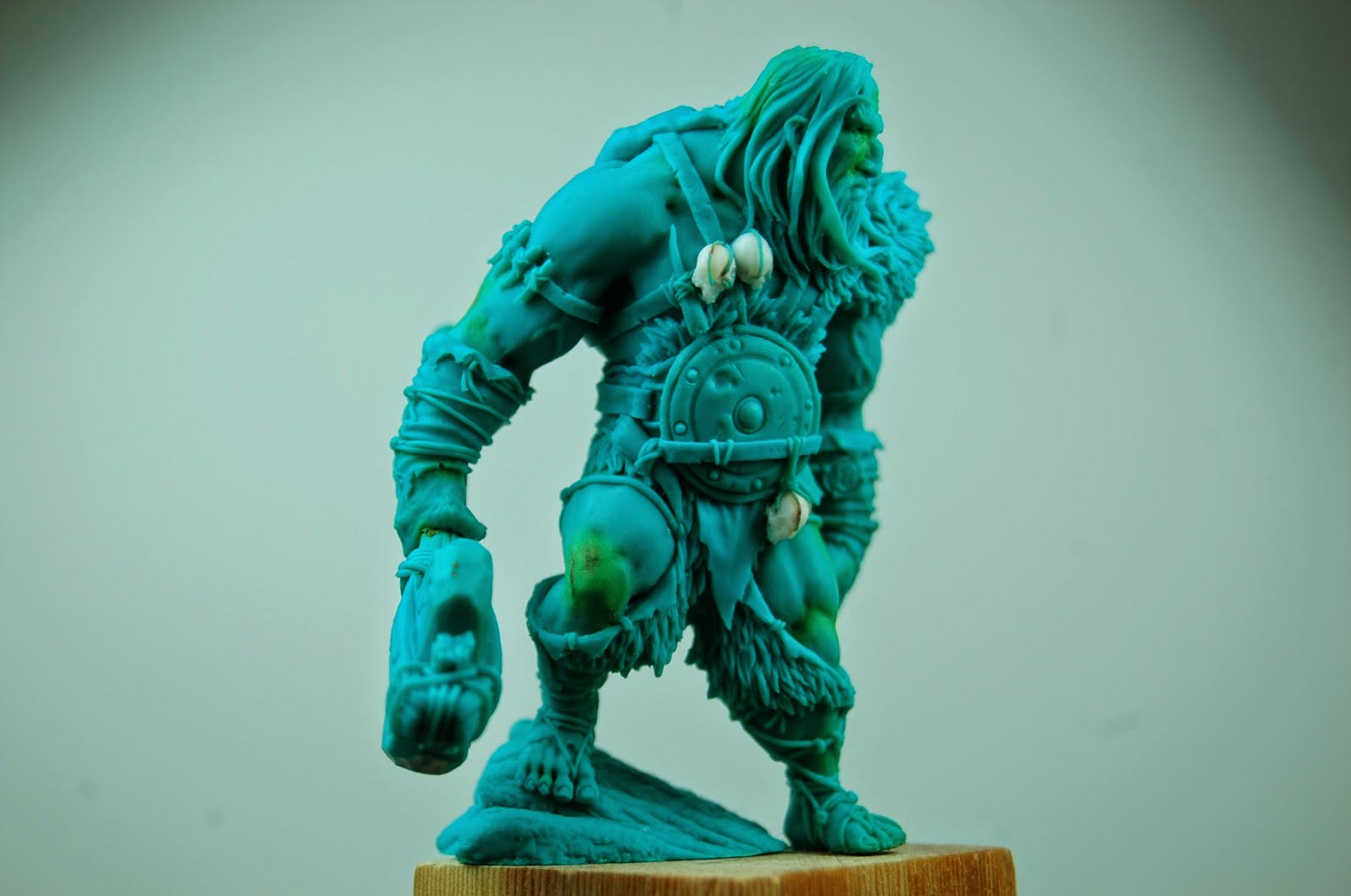 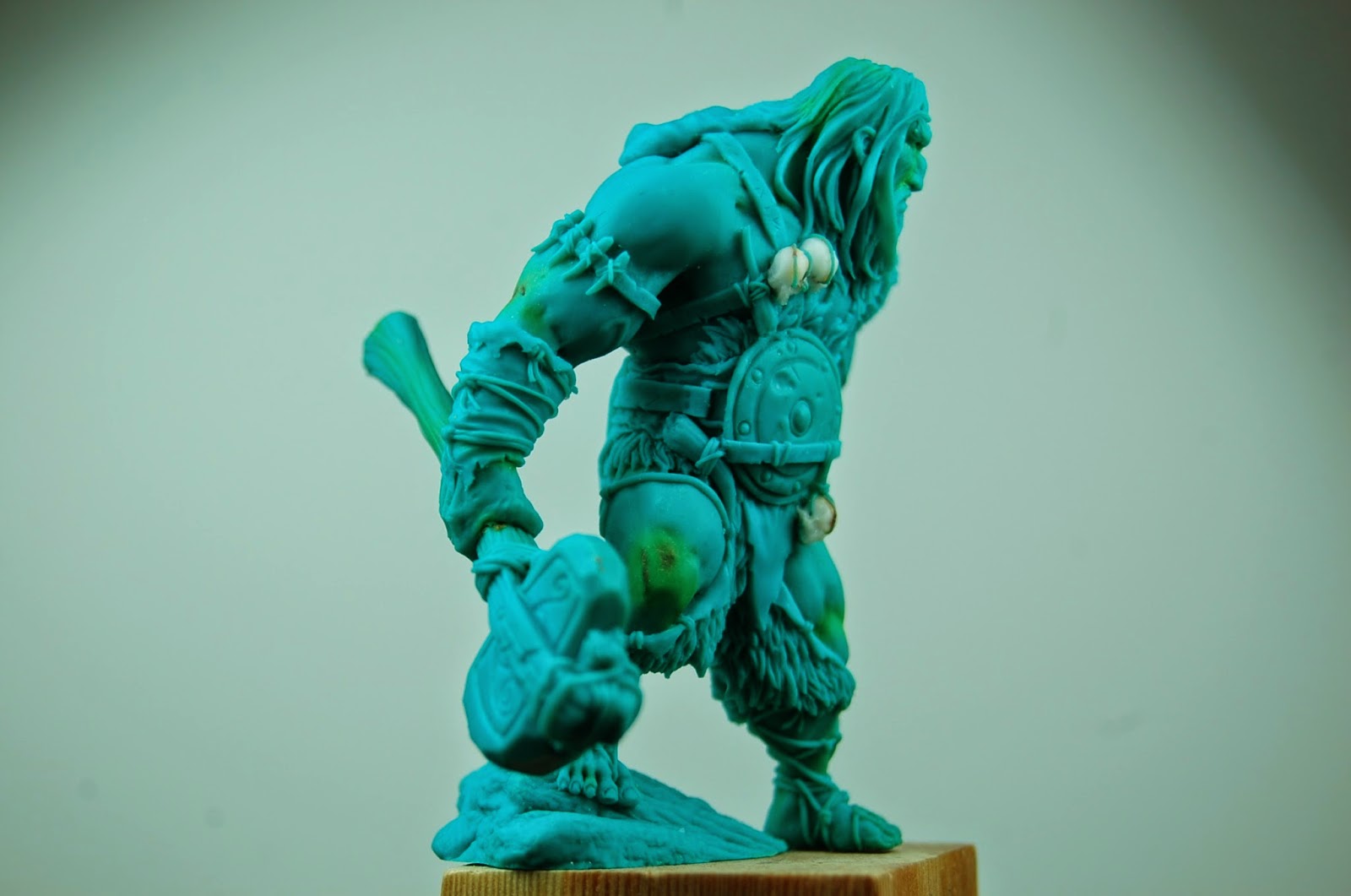 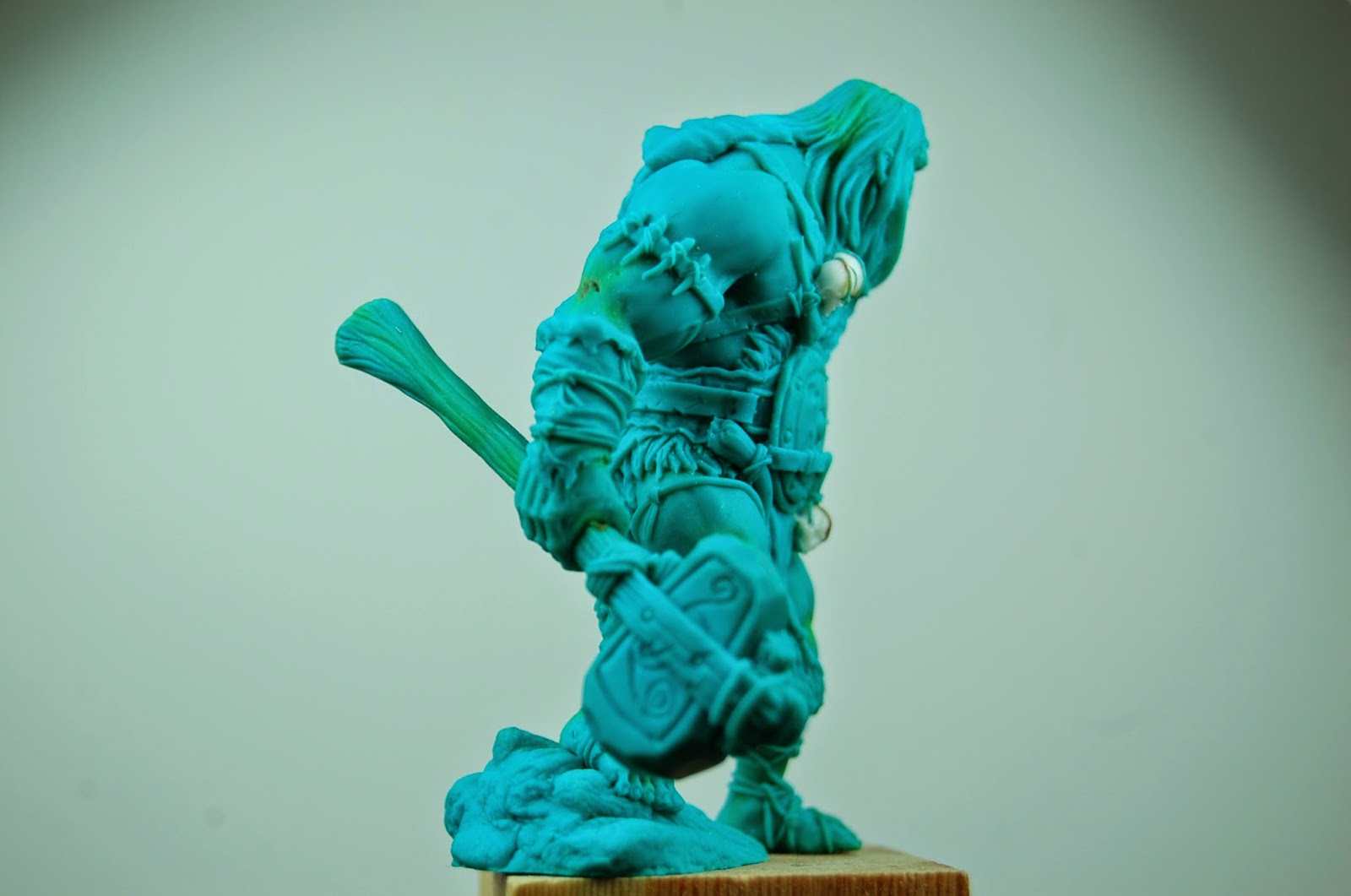 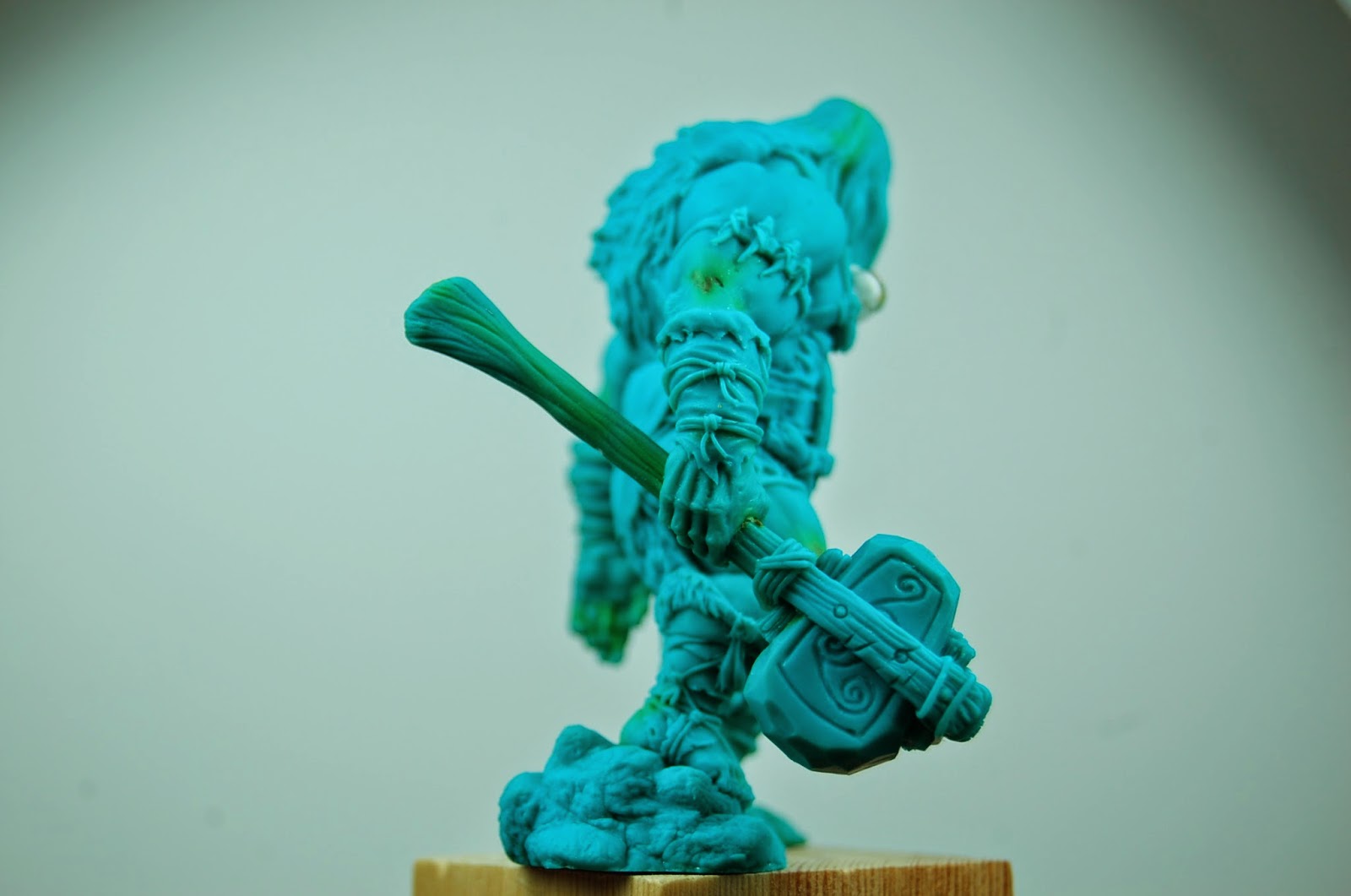 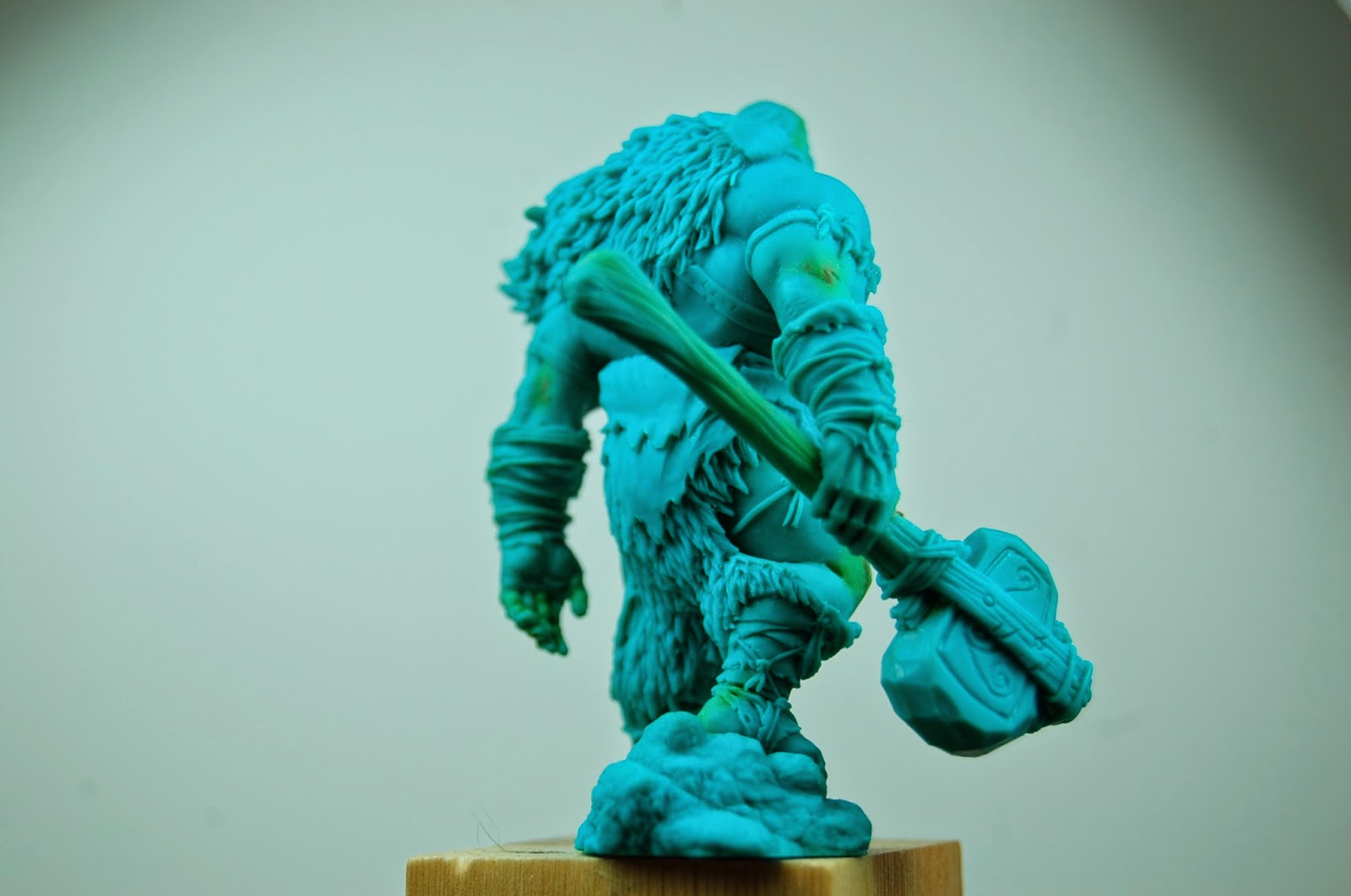 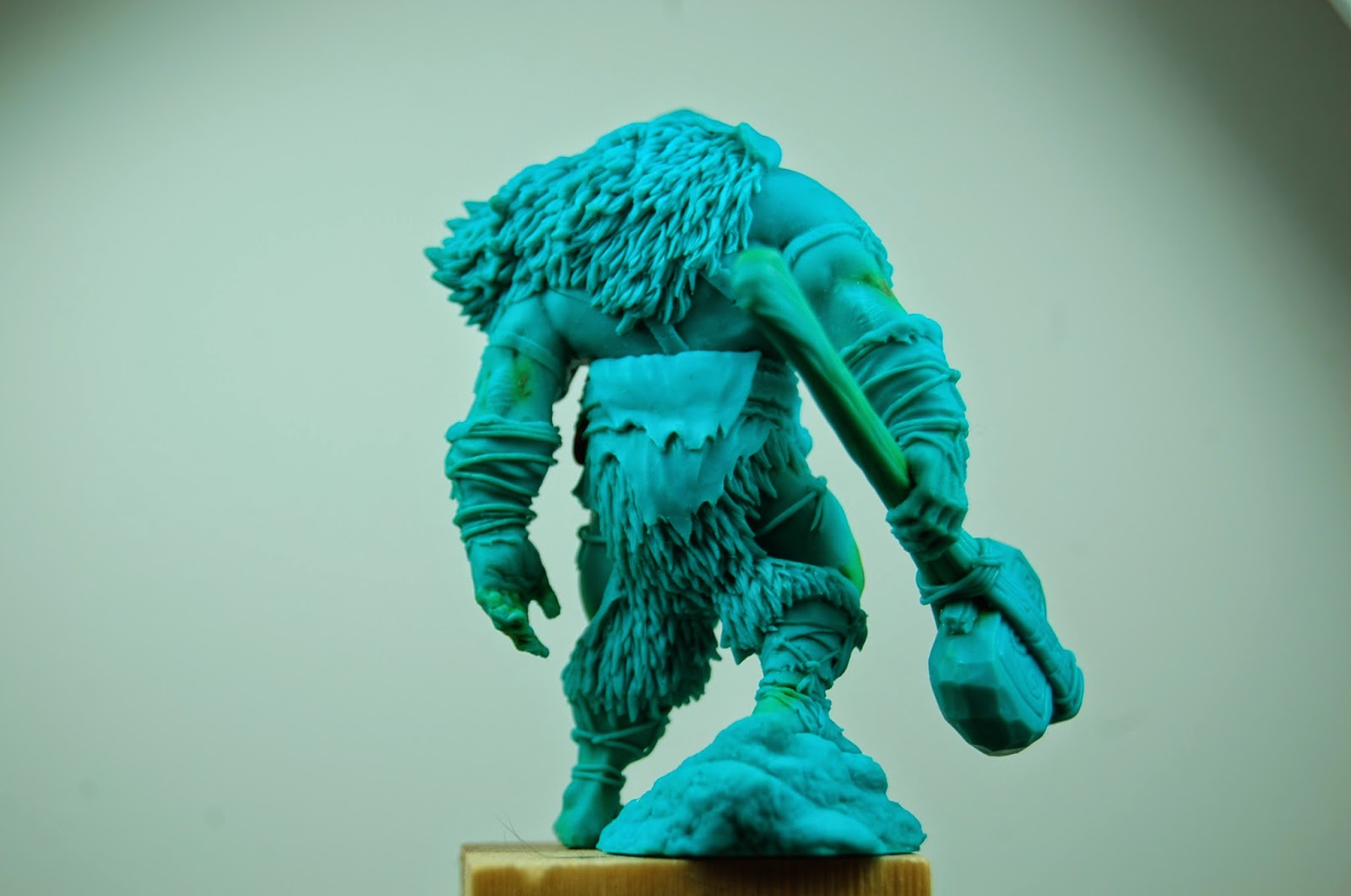 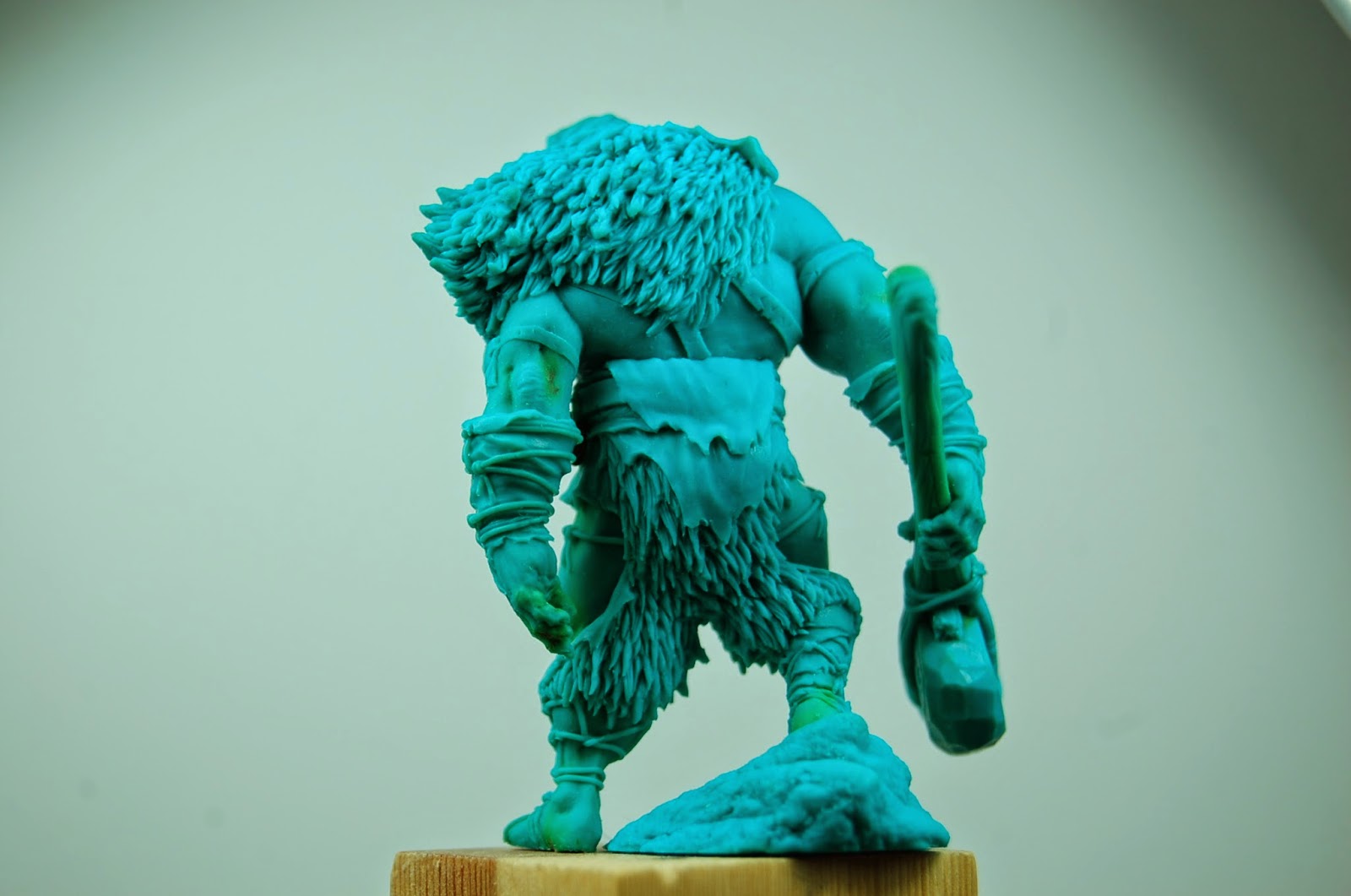 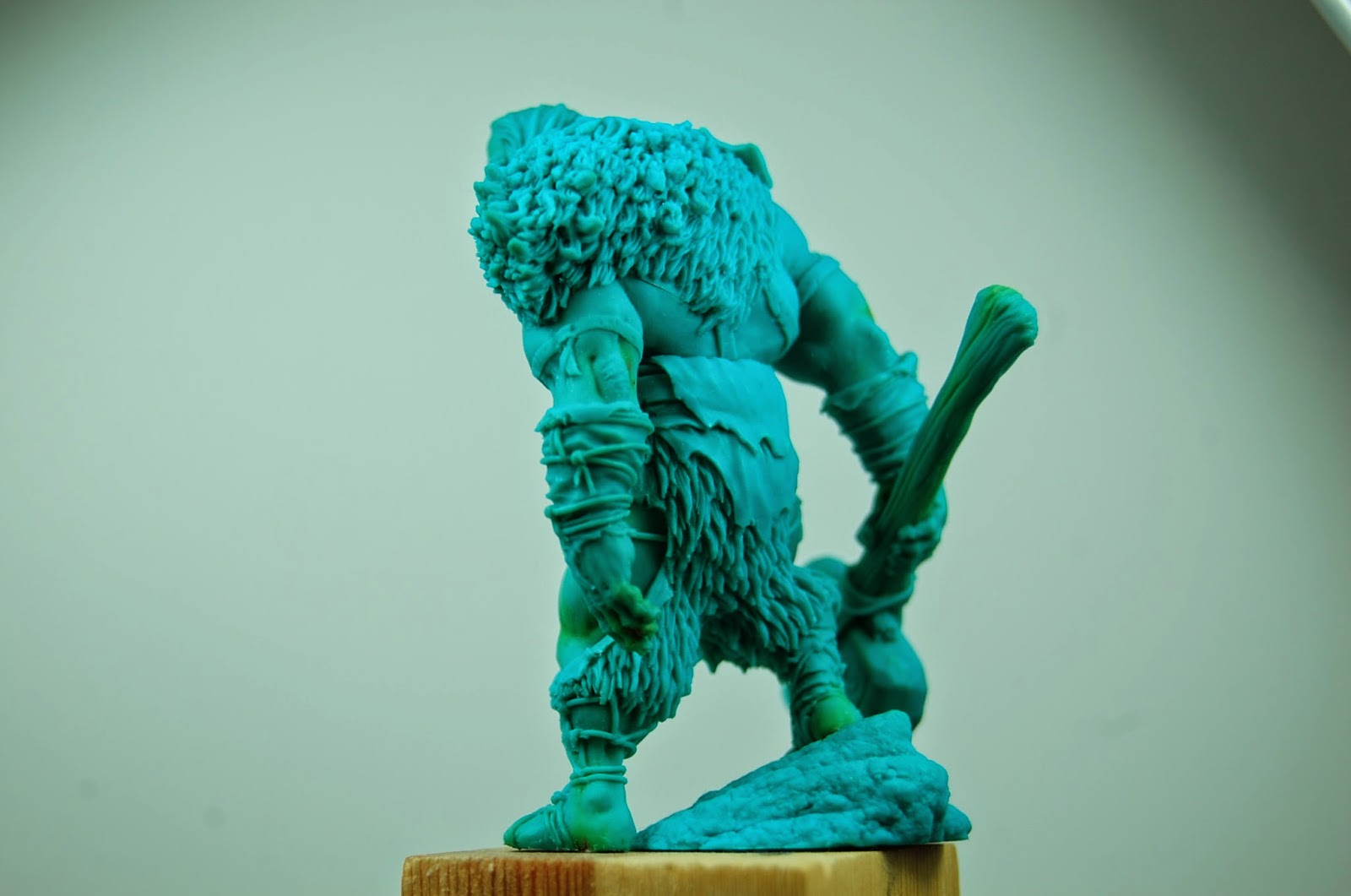 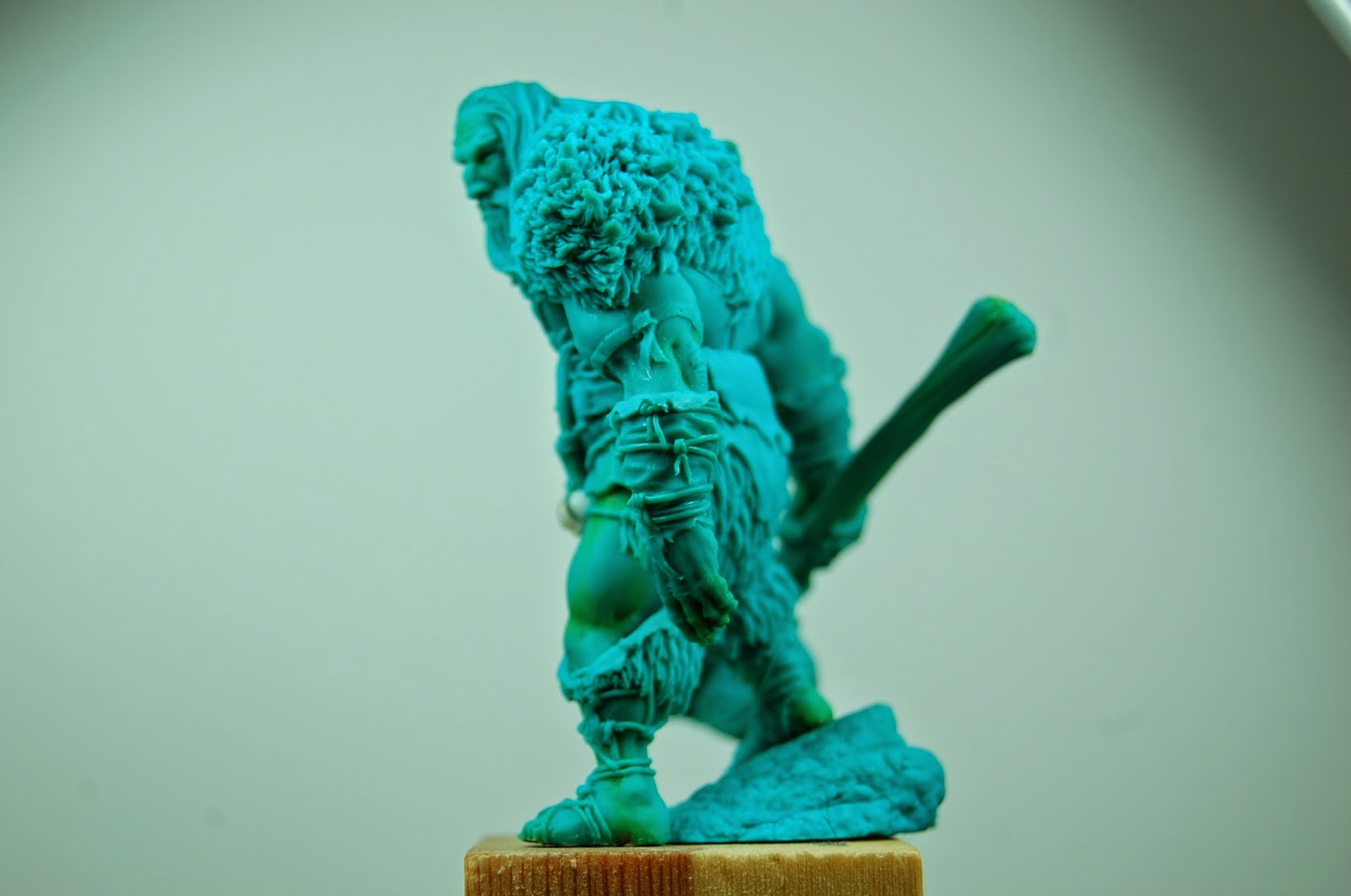 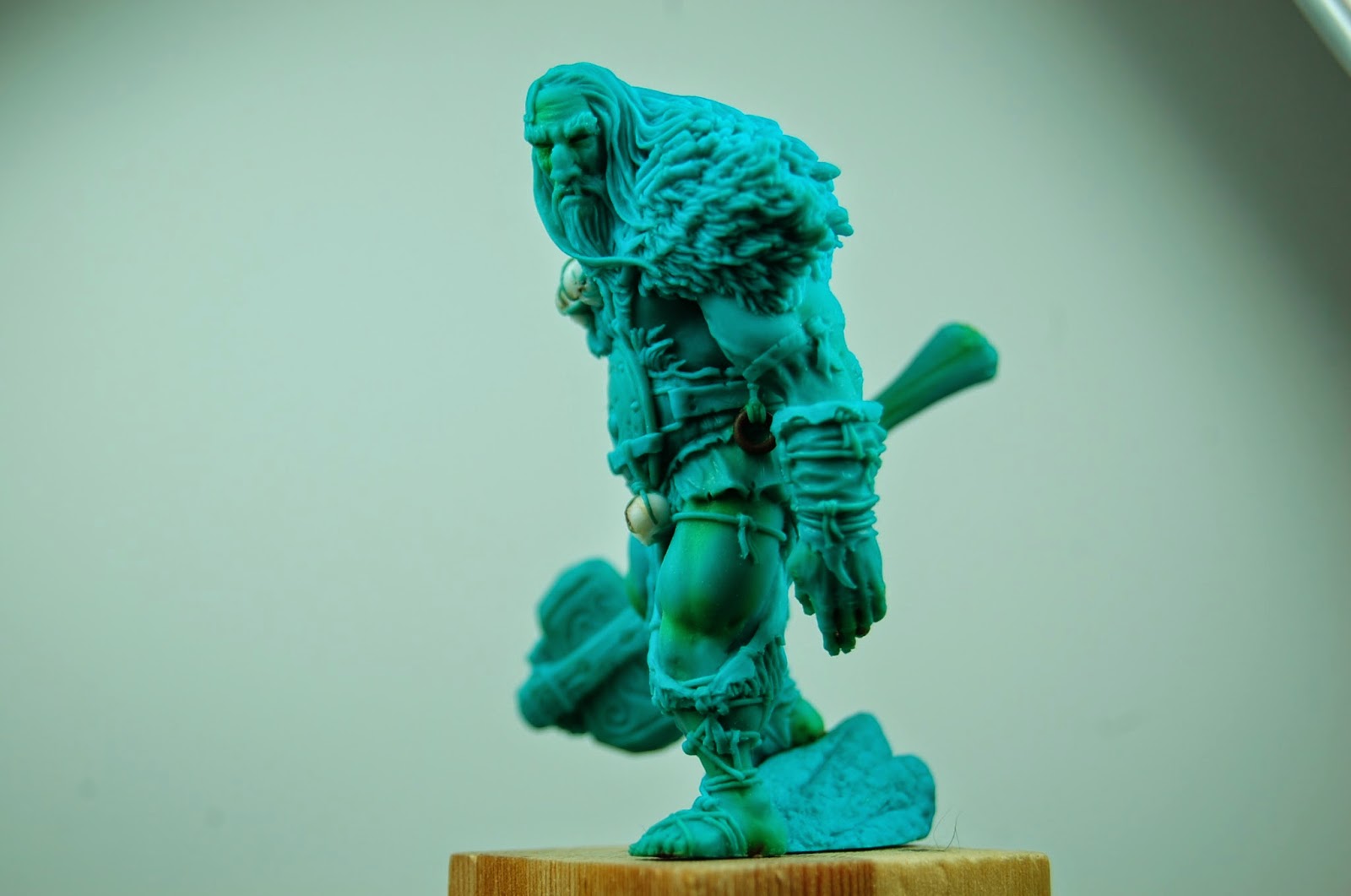 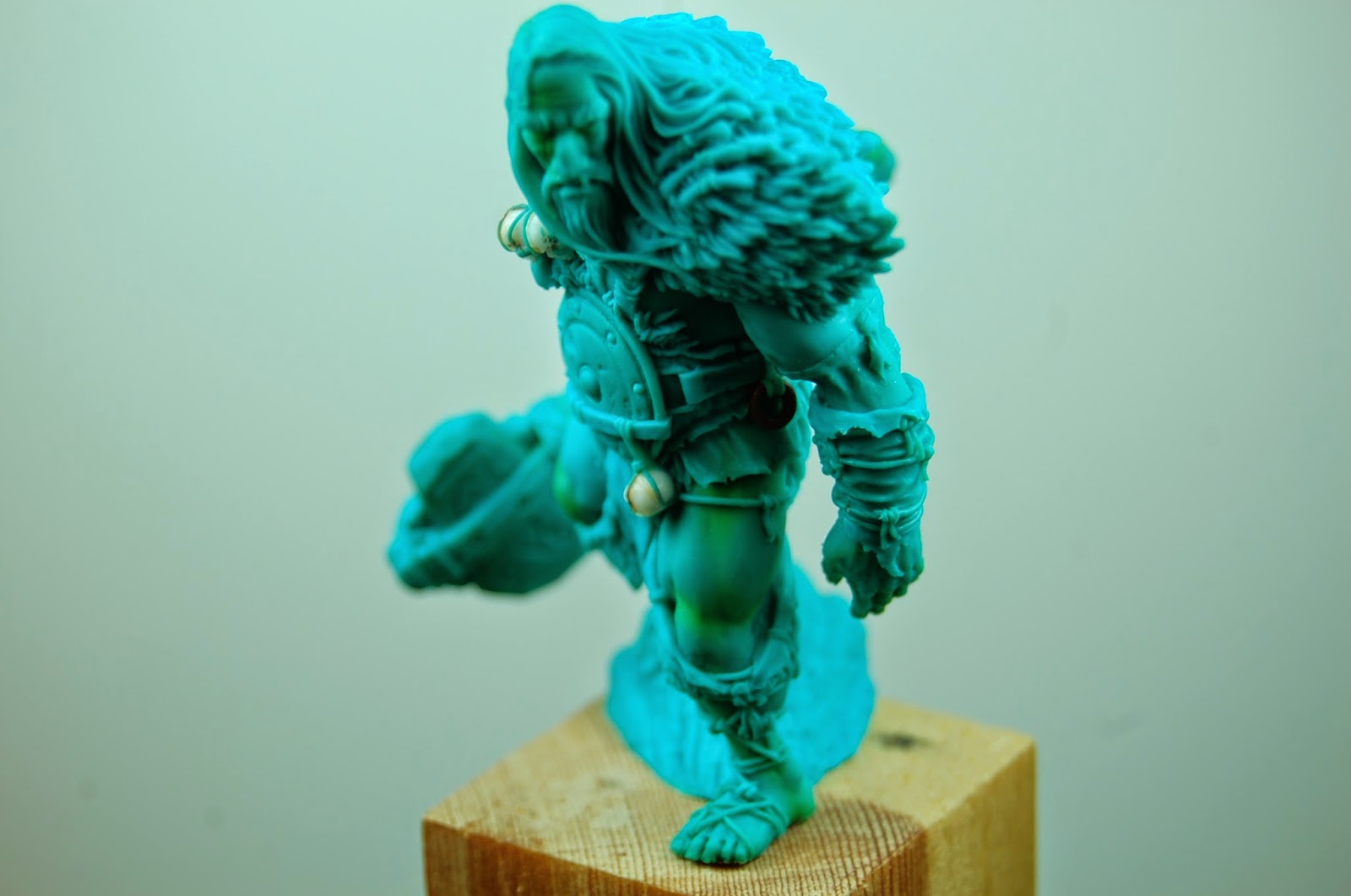 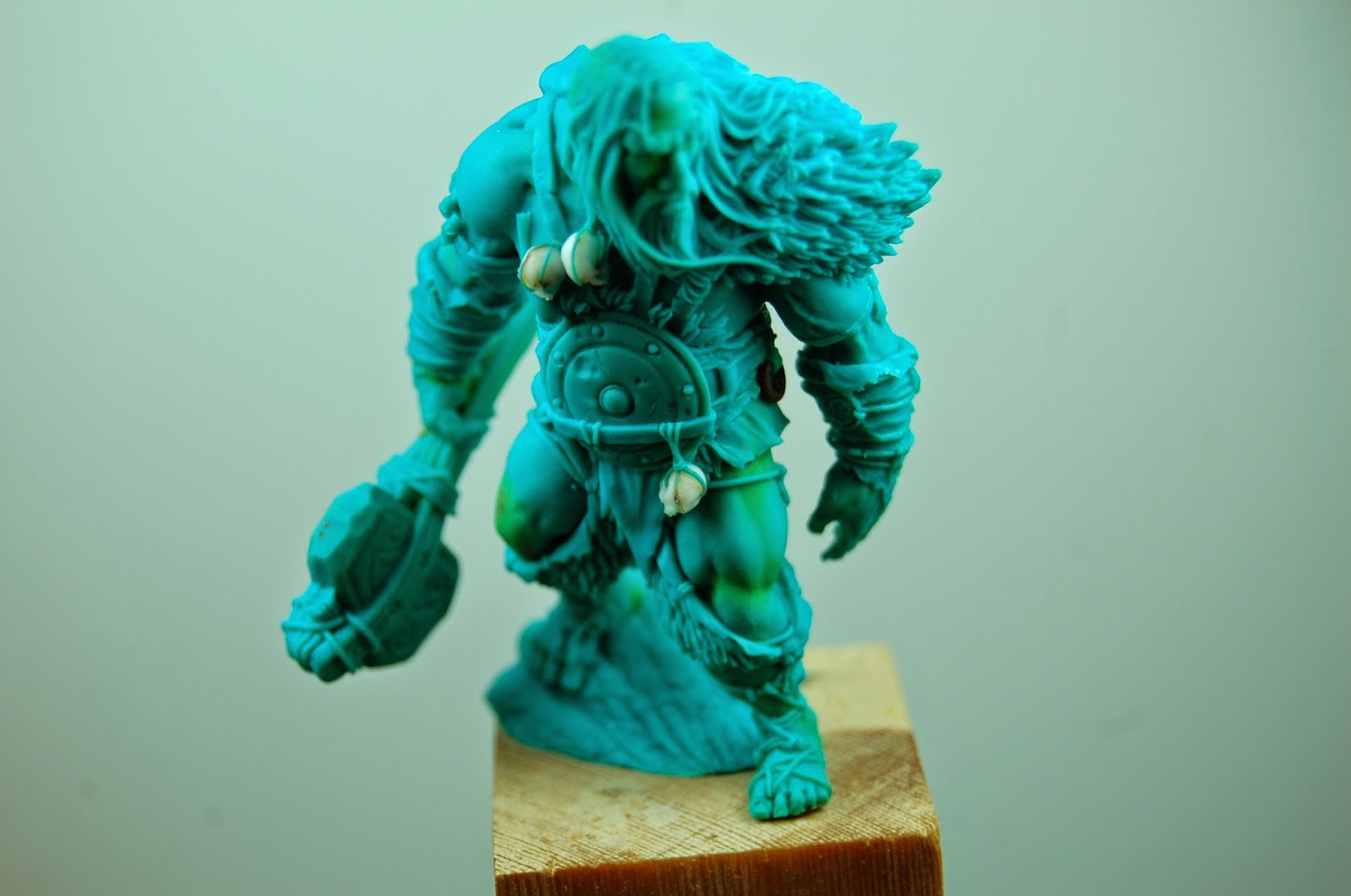 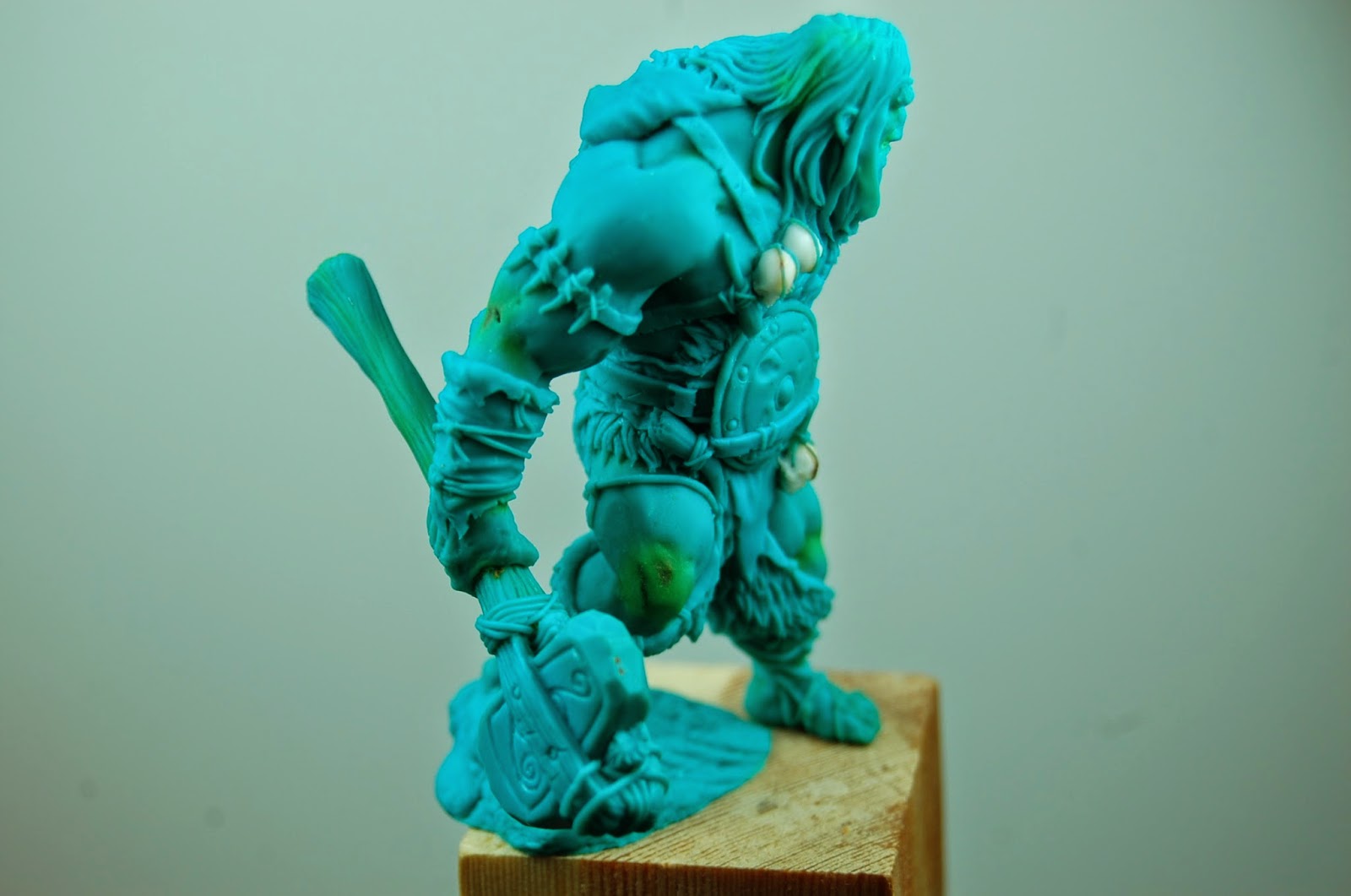 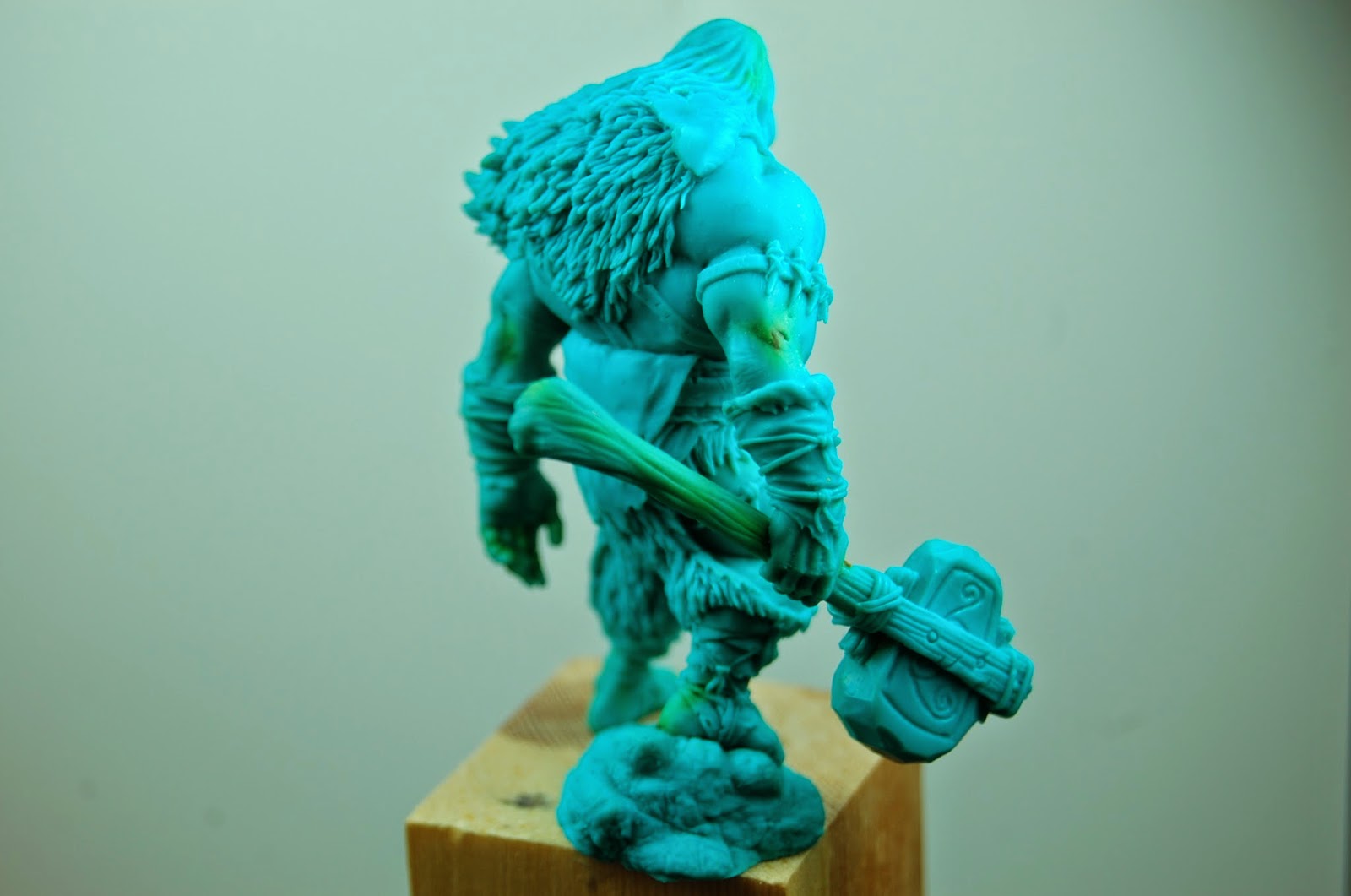 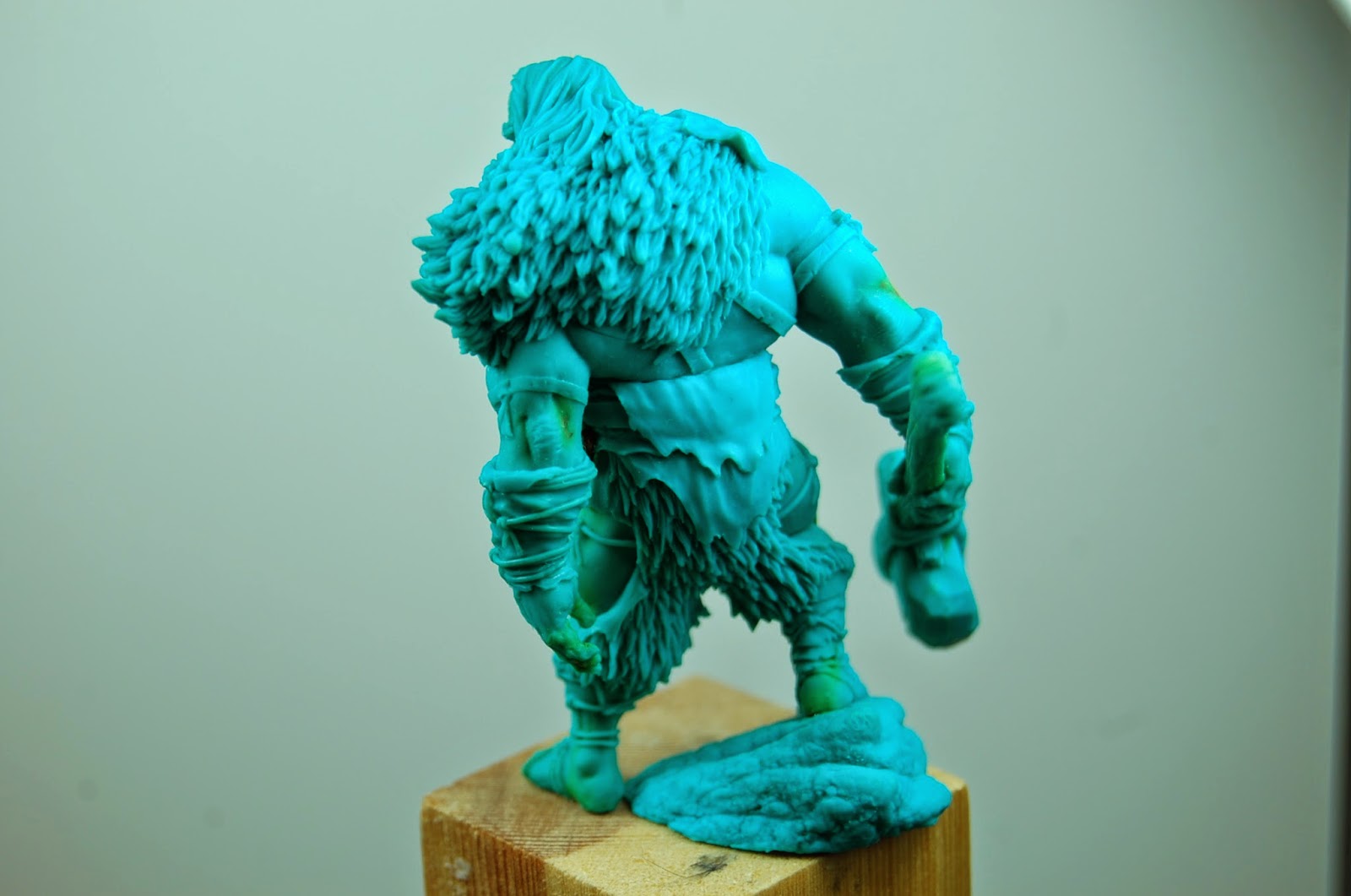 Concept art by Adrian Smith
Posted by monster.0 at 7:49 AM