Whooo! The last days of the Blood rage kickstarter I got contacted to do Fenrir, how awesome! I mean, I got to sculpt the beast that eats gods, how cool is that?
I added some stuff of my own to the base to try and add a bit of grandeur and capture some of the backgrounf in Mr. Smith's artwork, I had Fenrir perched upon a toppled odalisque that had the Valknut symbol on it. My cursory investigation made this seem like an ominous object to have fallen since the sign is associated with both fallen warriors and Odin himself. I also added the arm of slain warrior sticking out from underneath the stone maybe hinting at it falling on someone.
I had some problems with the chain Gleipnir as in mythology it was supposed to be amazingly thin yet unbreakable. Unfortunately a detail that small might get lost in the casting process. I tried sculpting smaller links but the detail began to blur with the fur and ended up looking more like creases in the skin rather then a foreign object so I ended up opting for larger links that would show up more on the figure. Sorry. 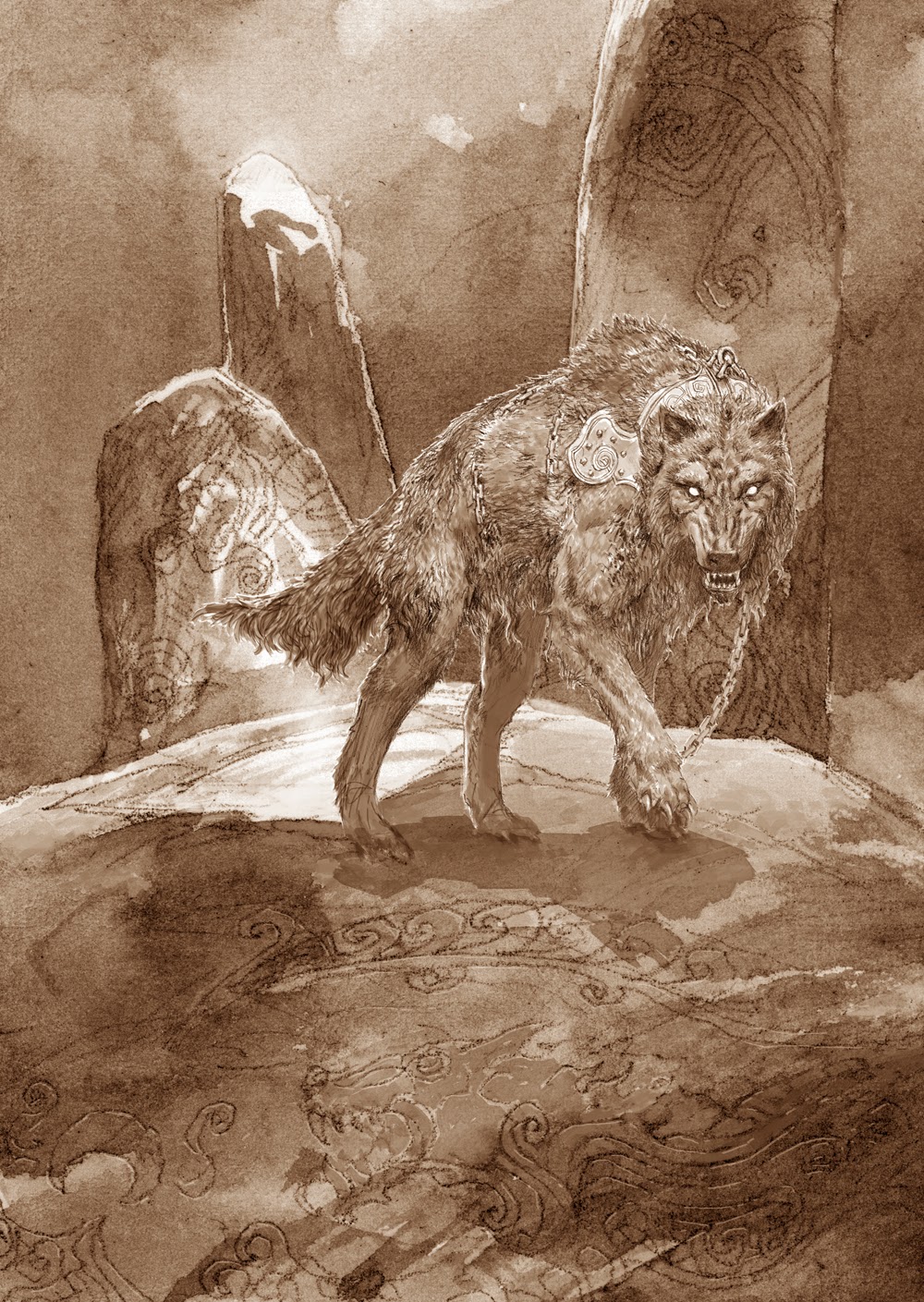 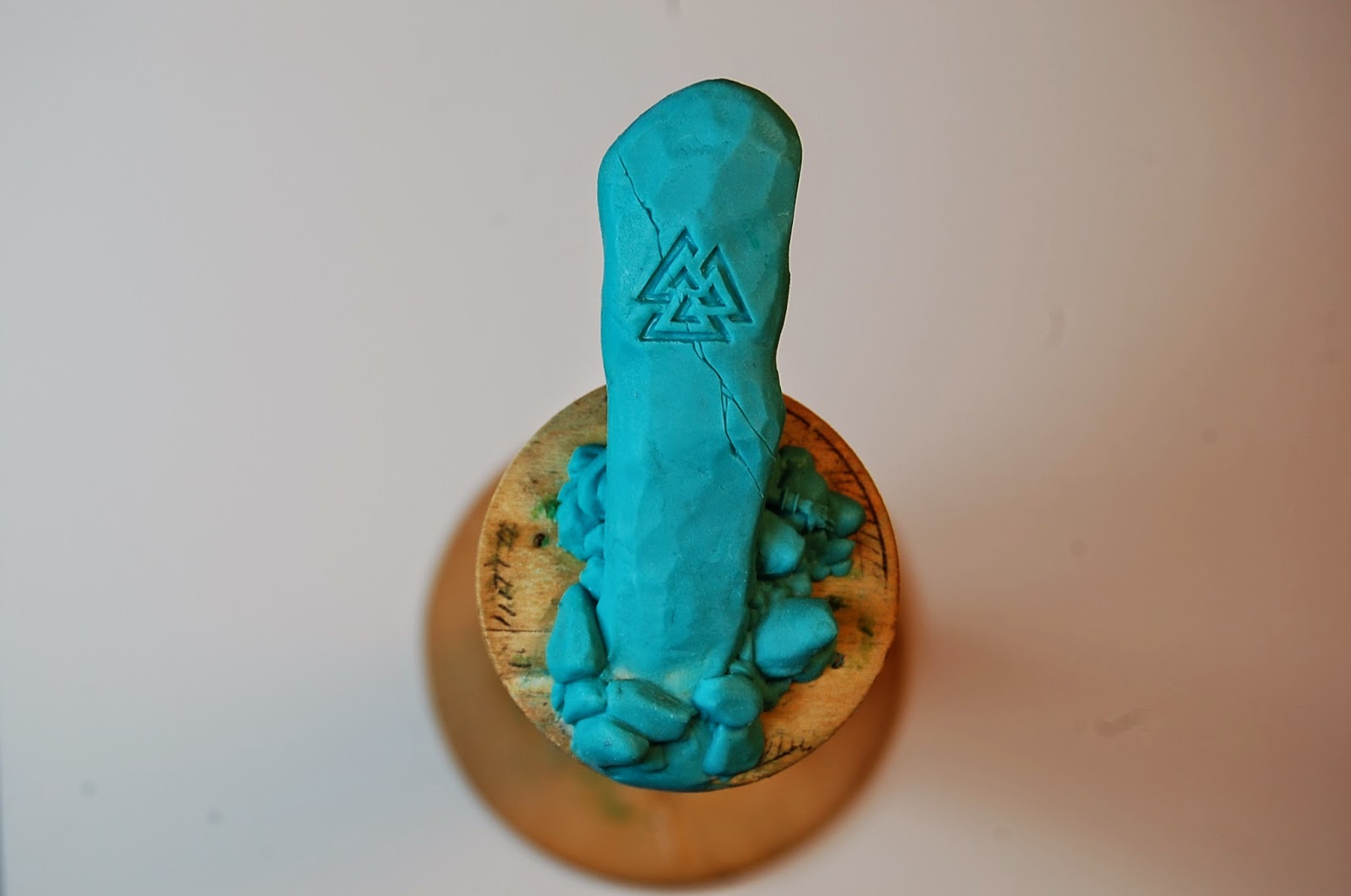 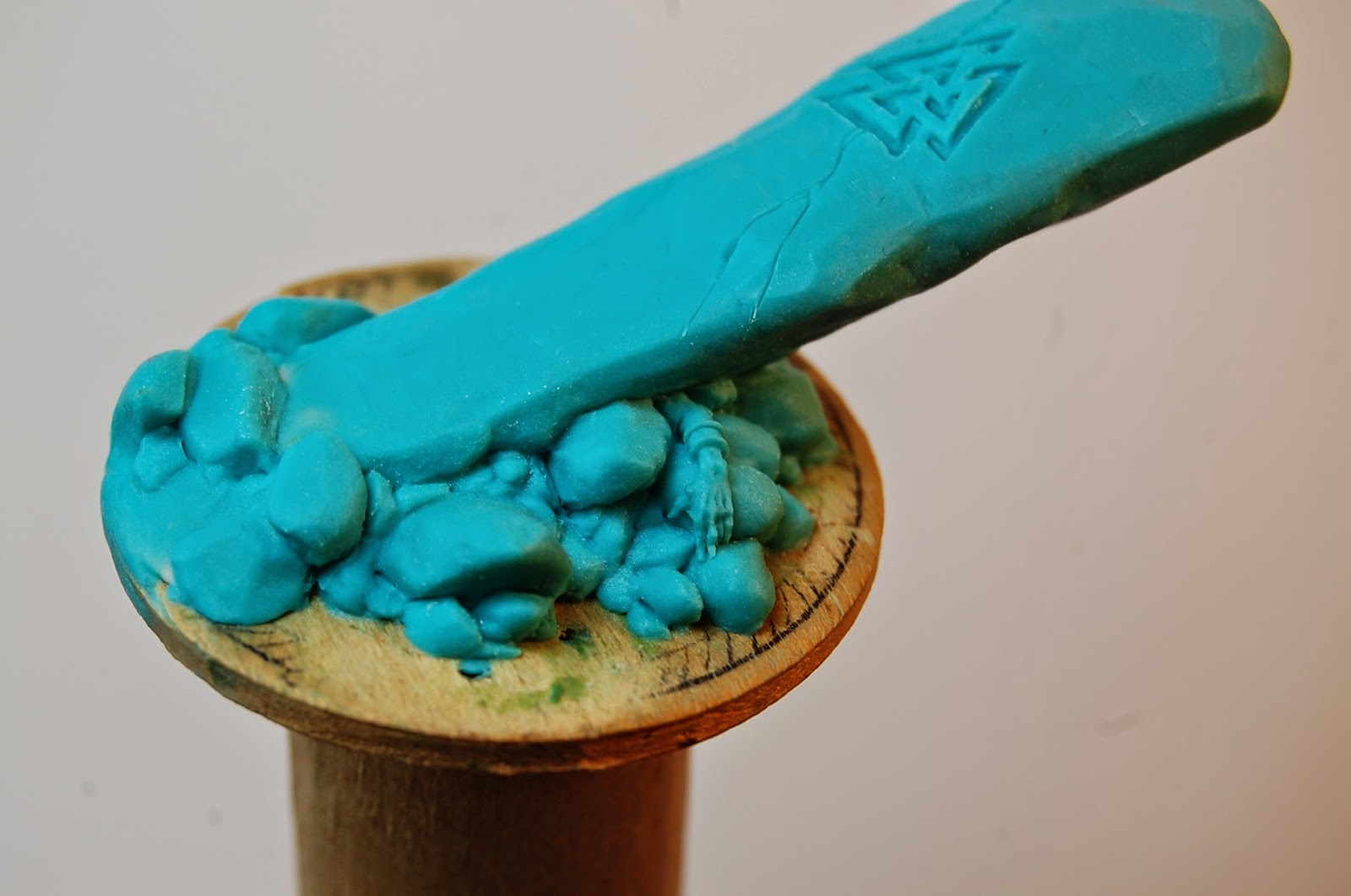 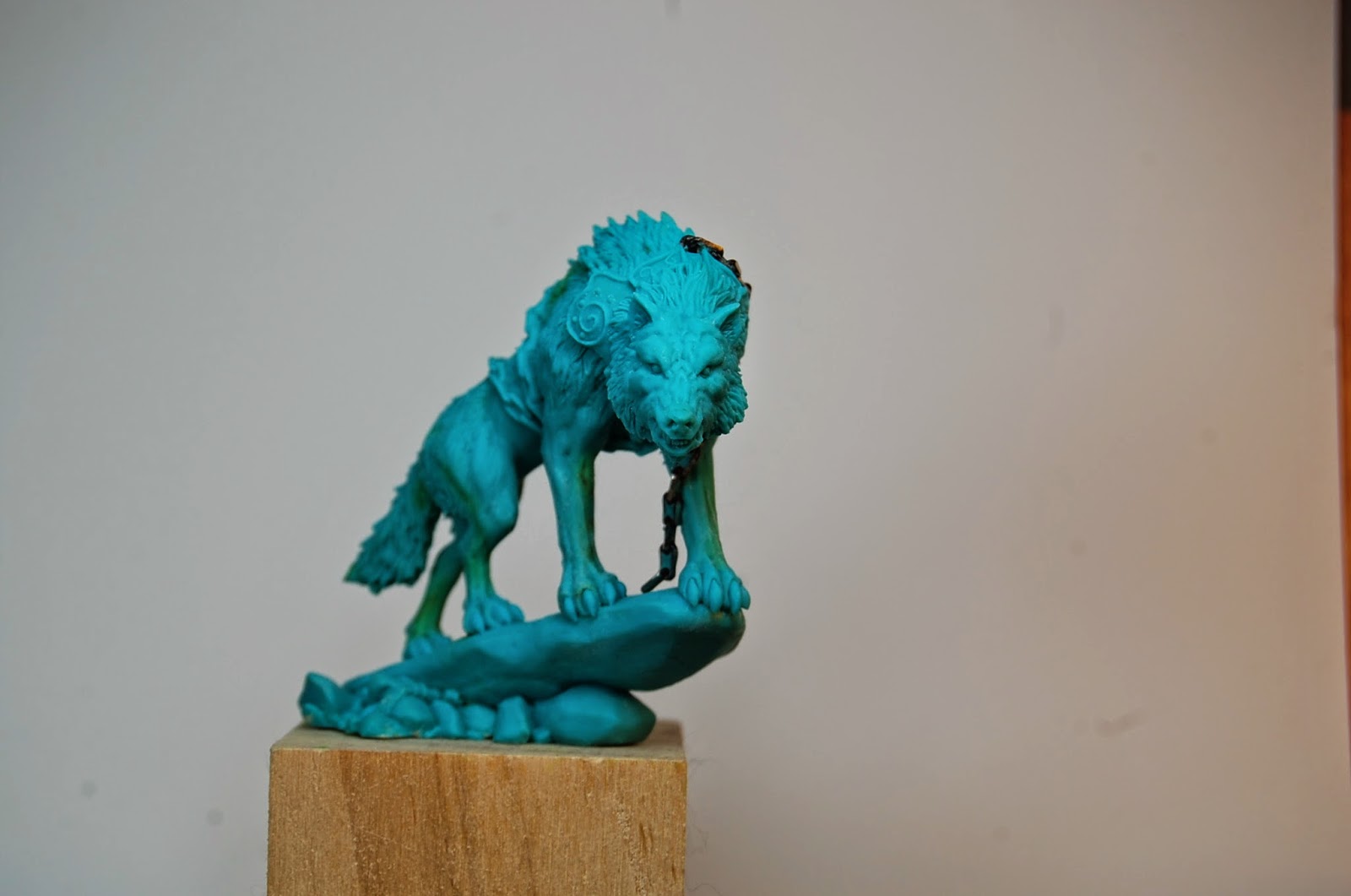 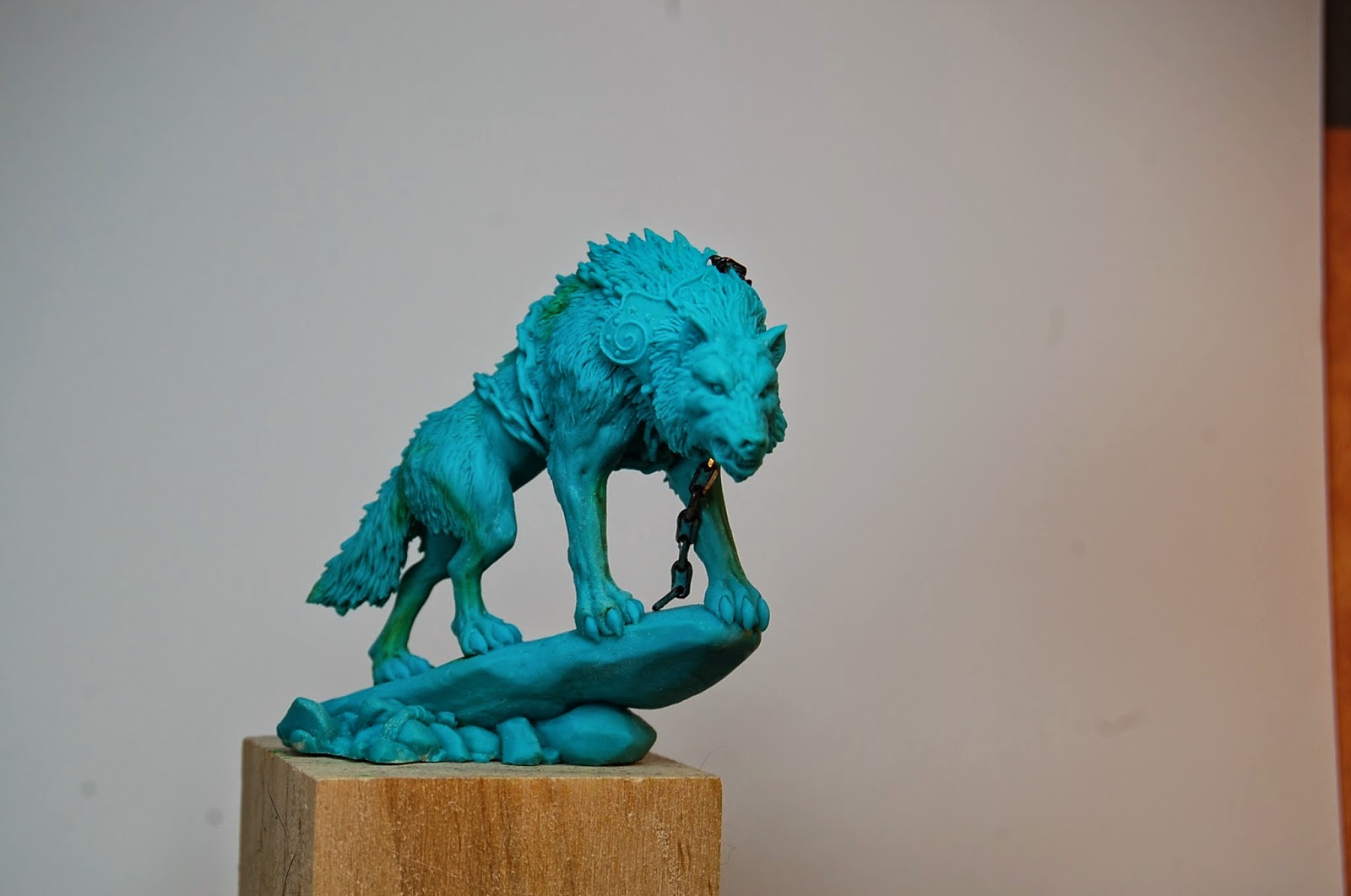 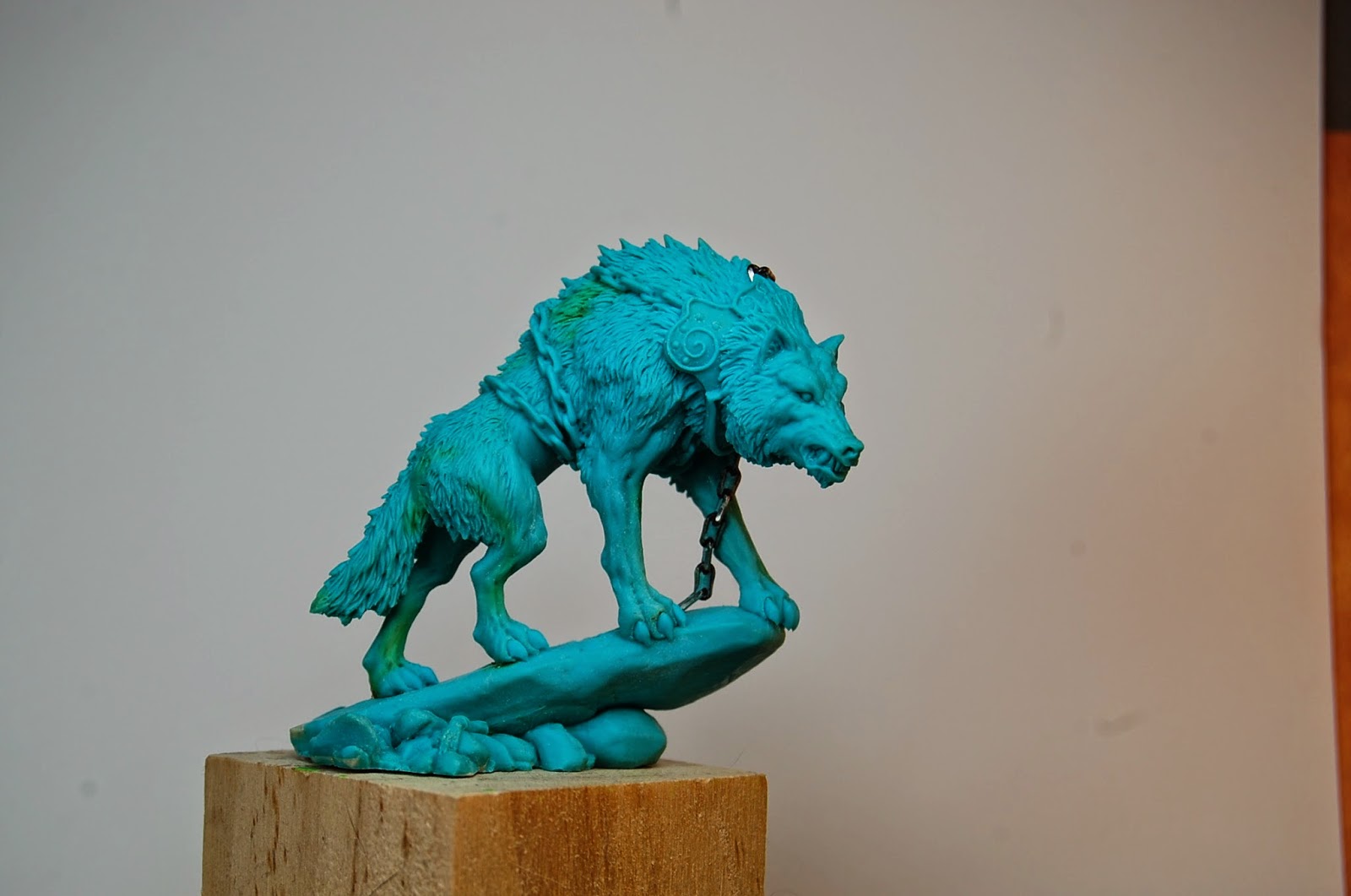 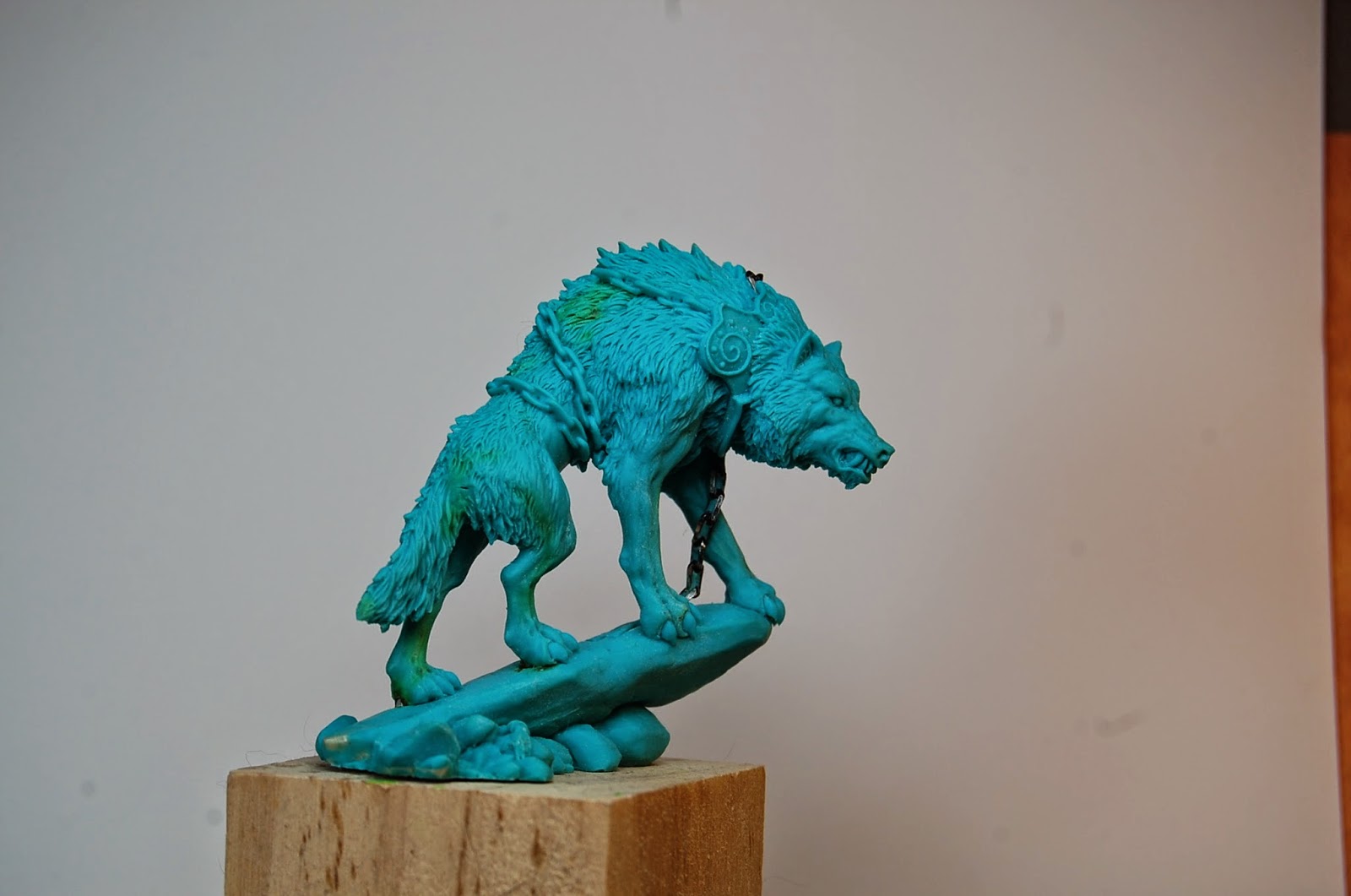 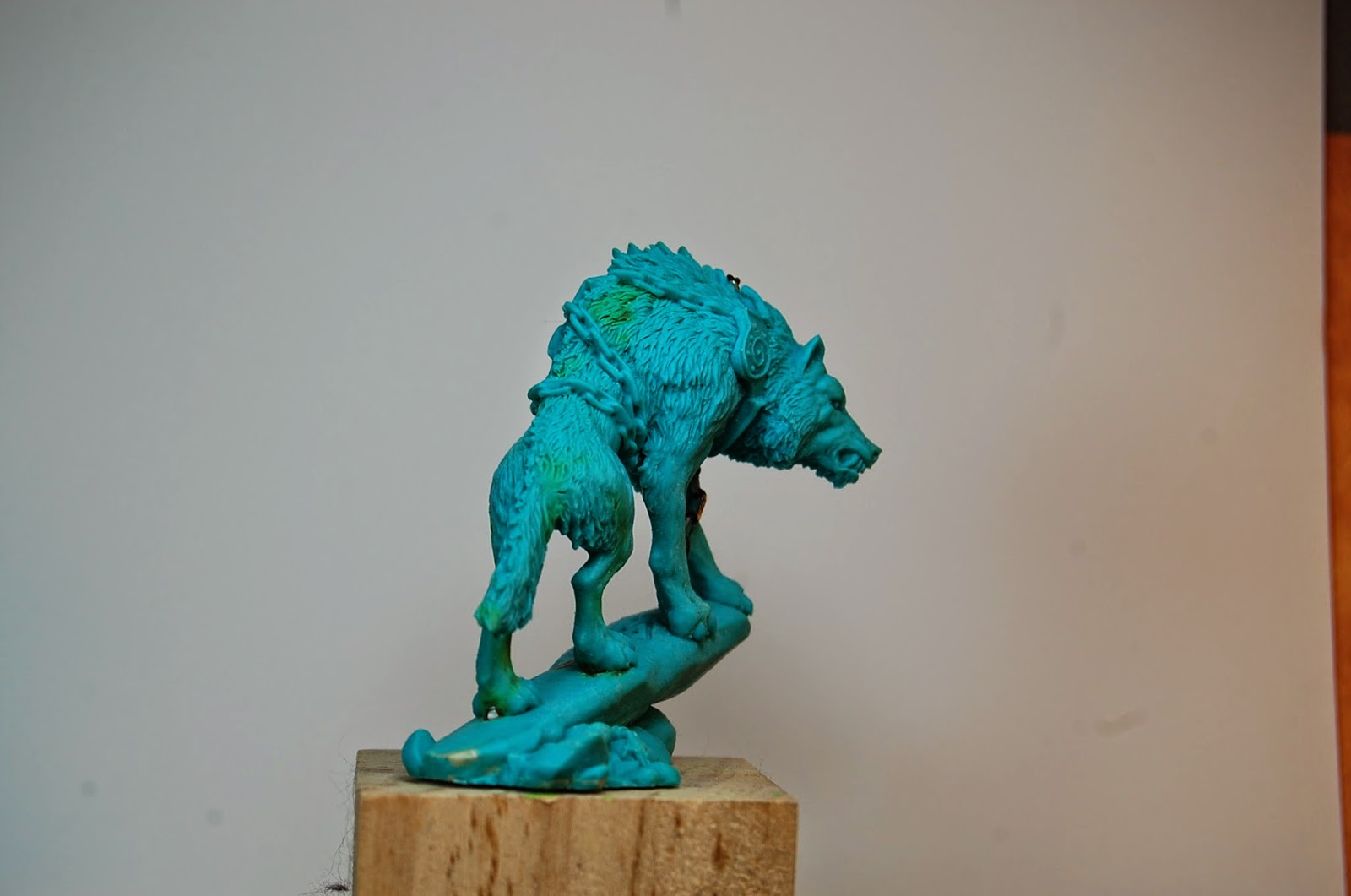 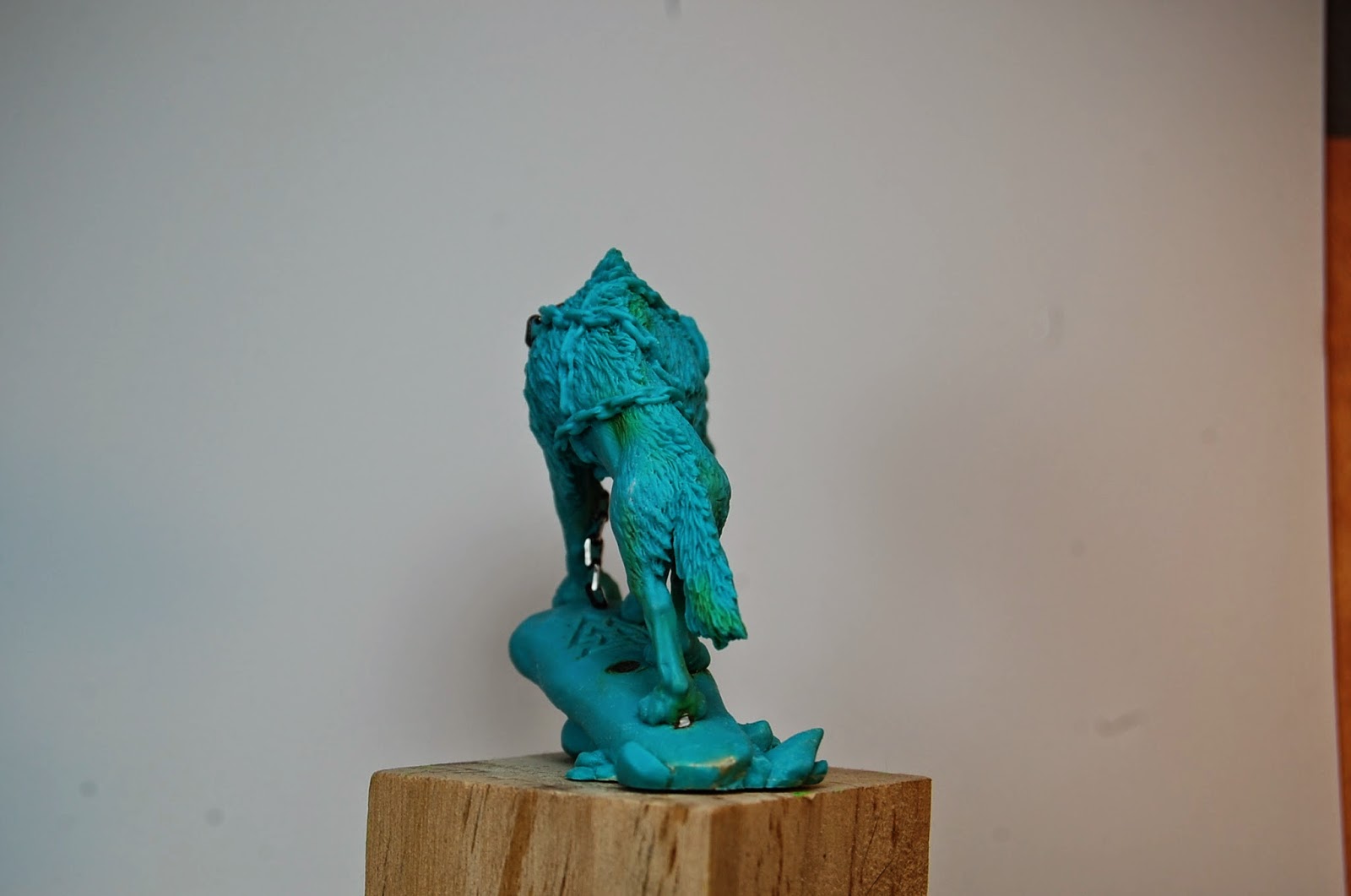 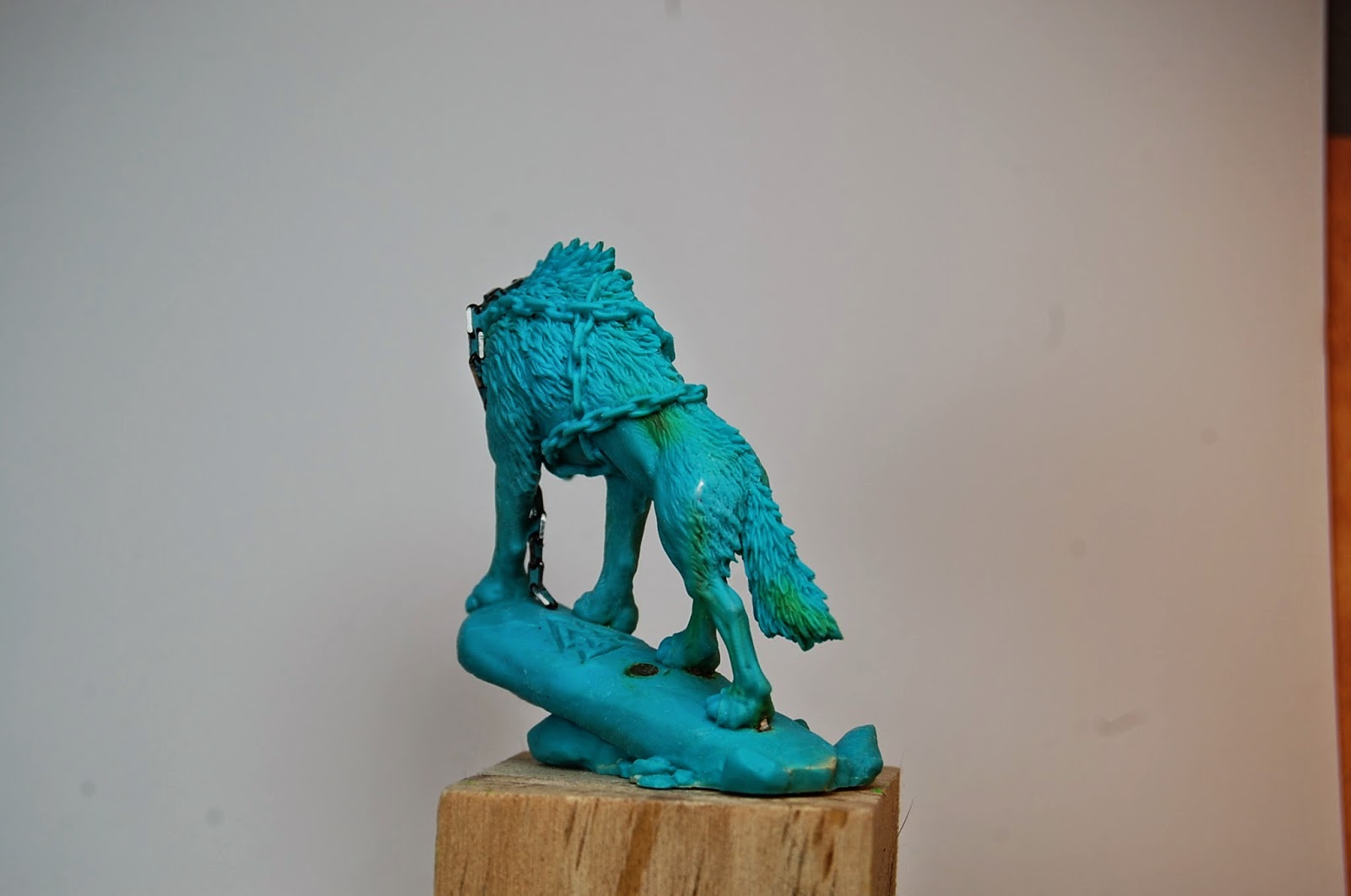 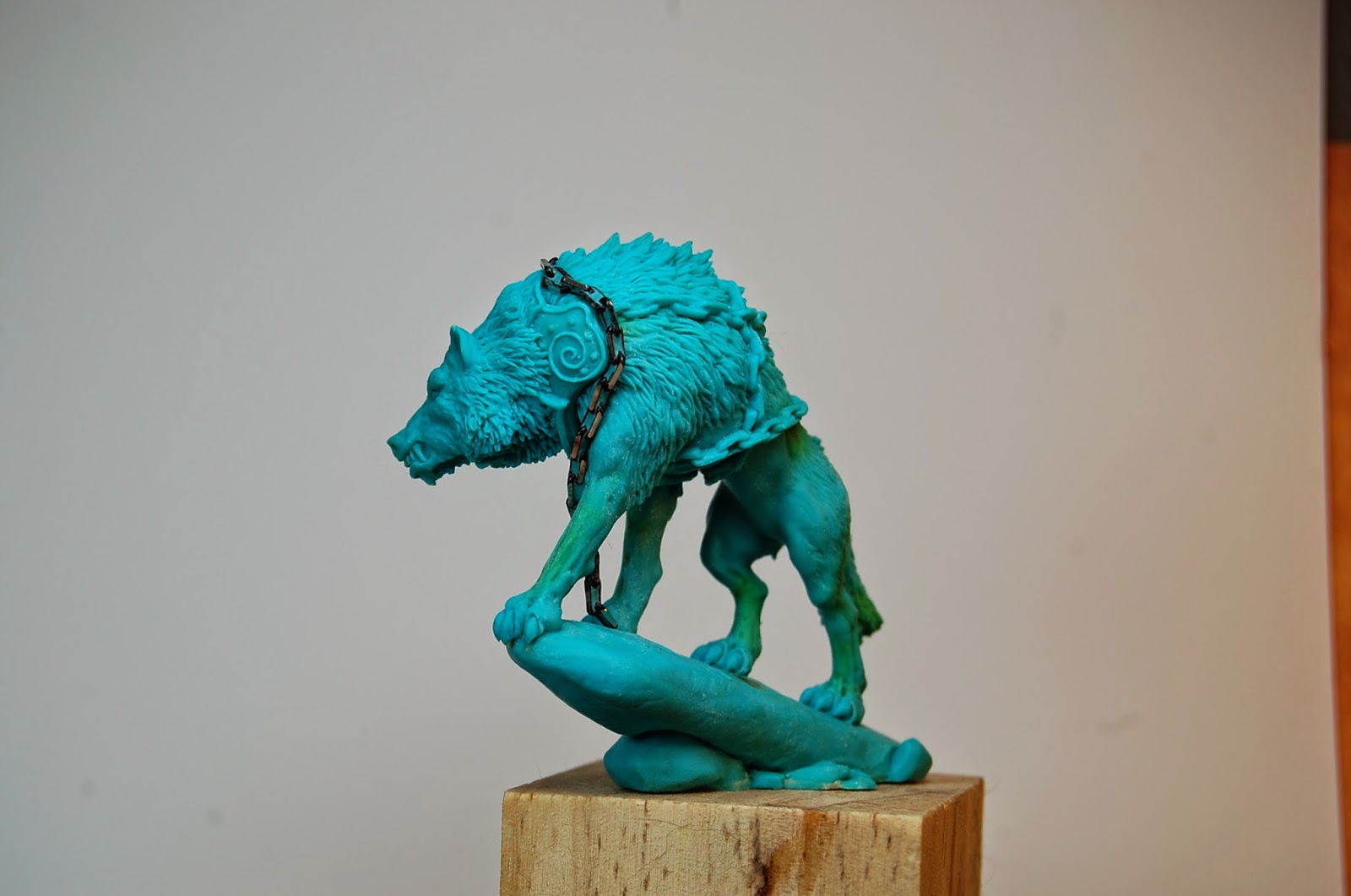 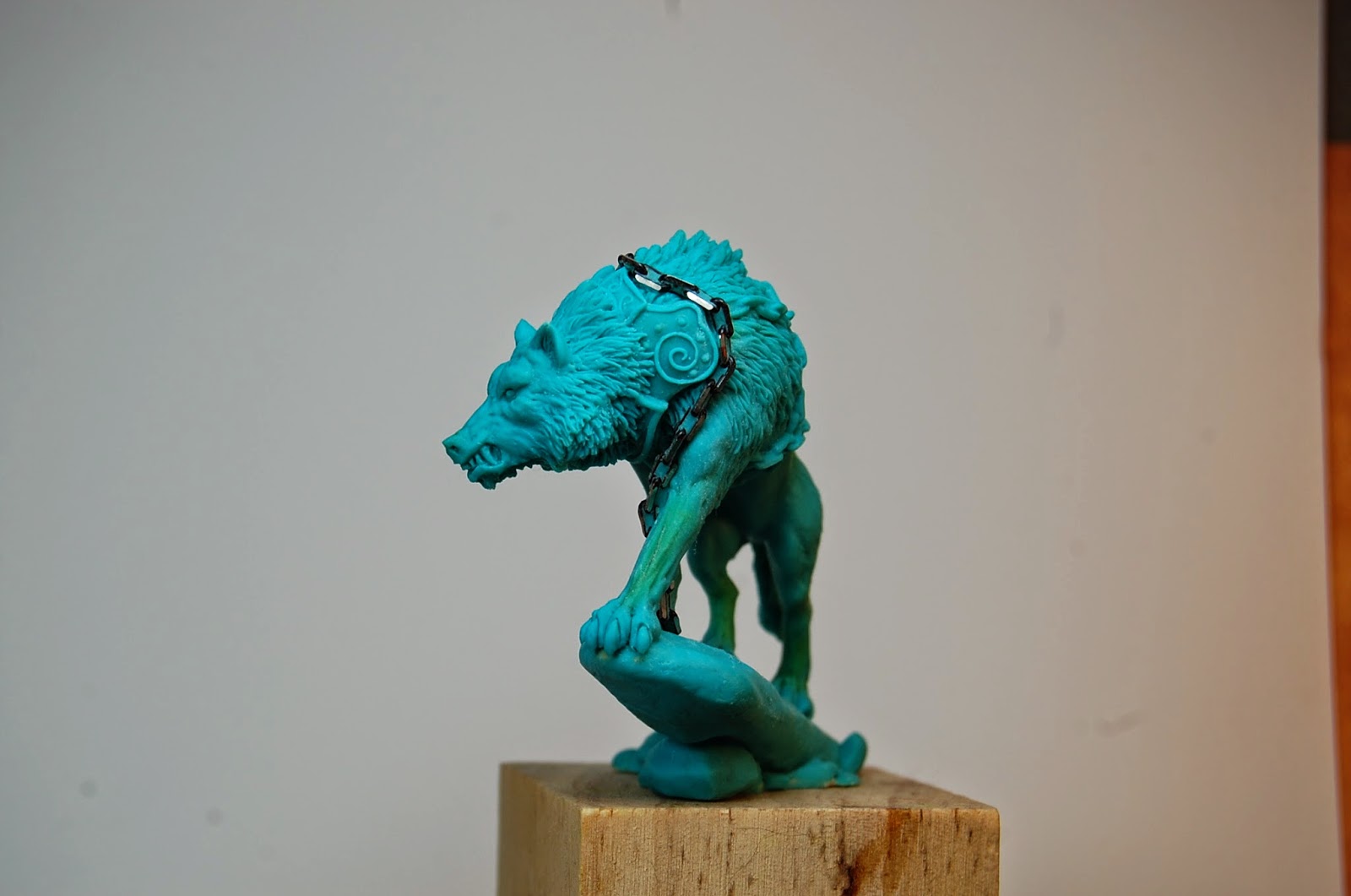 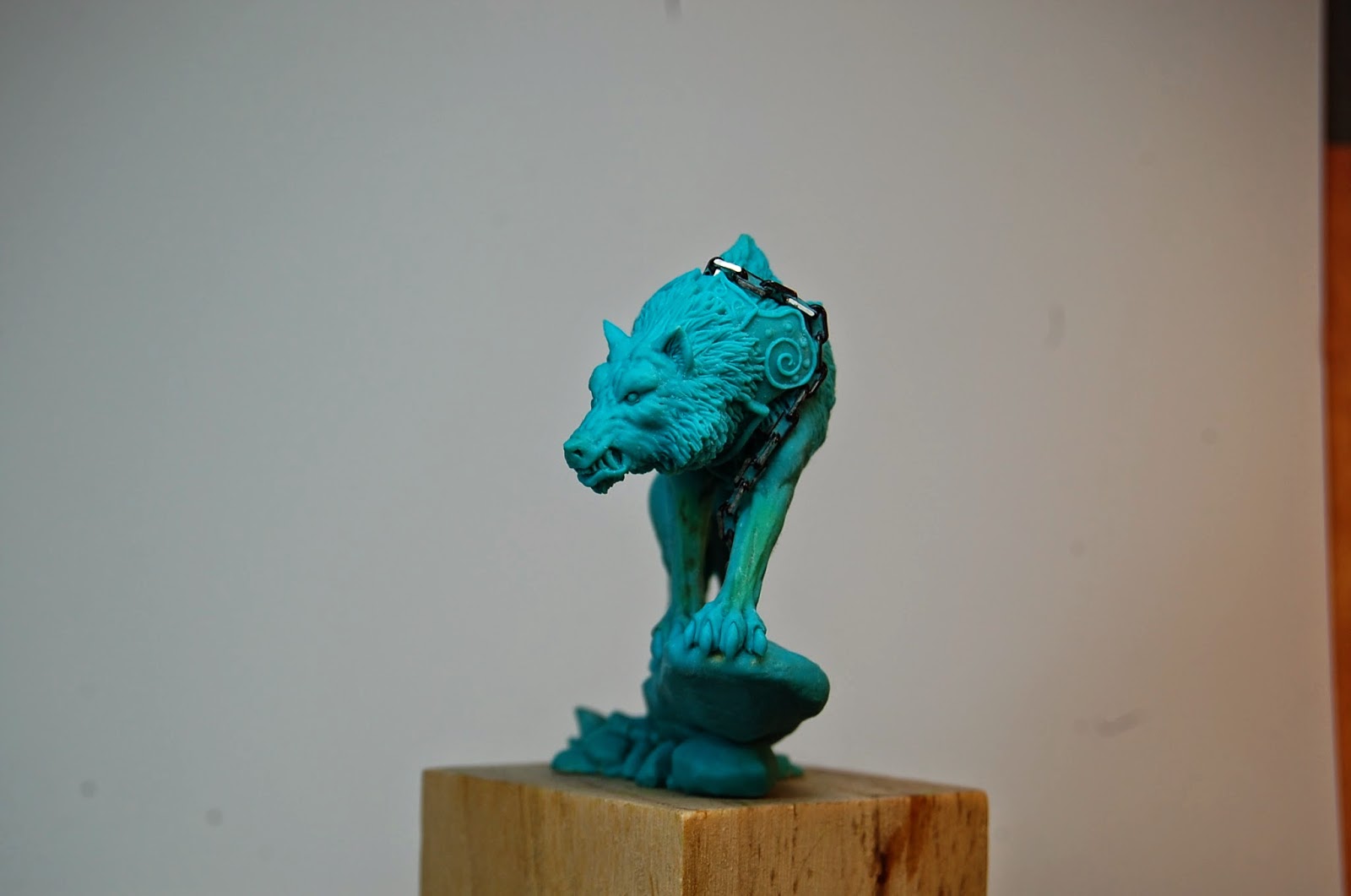 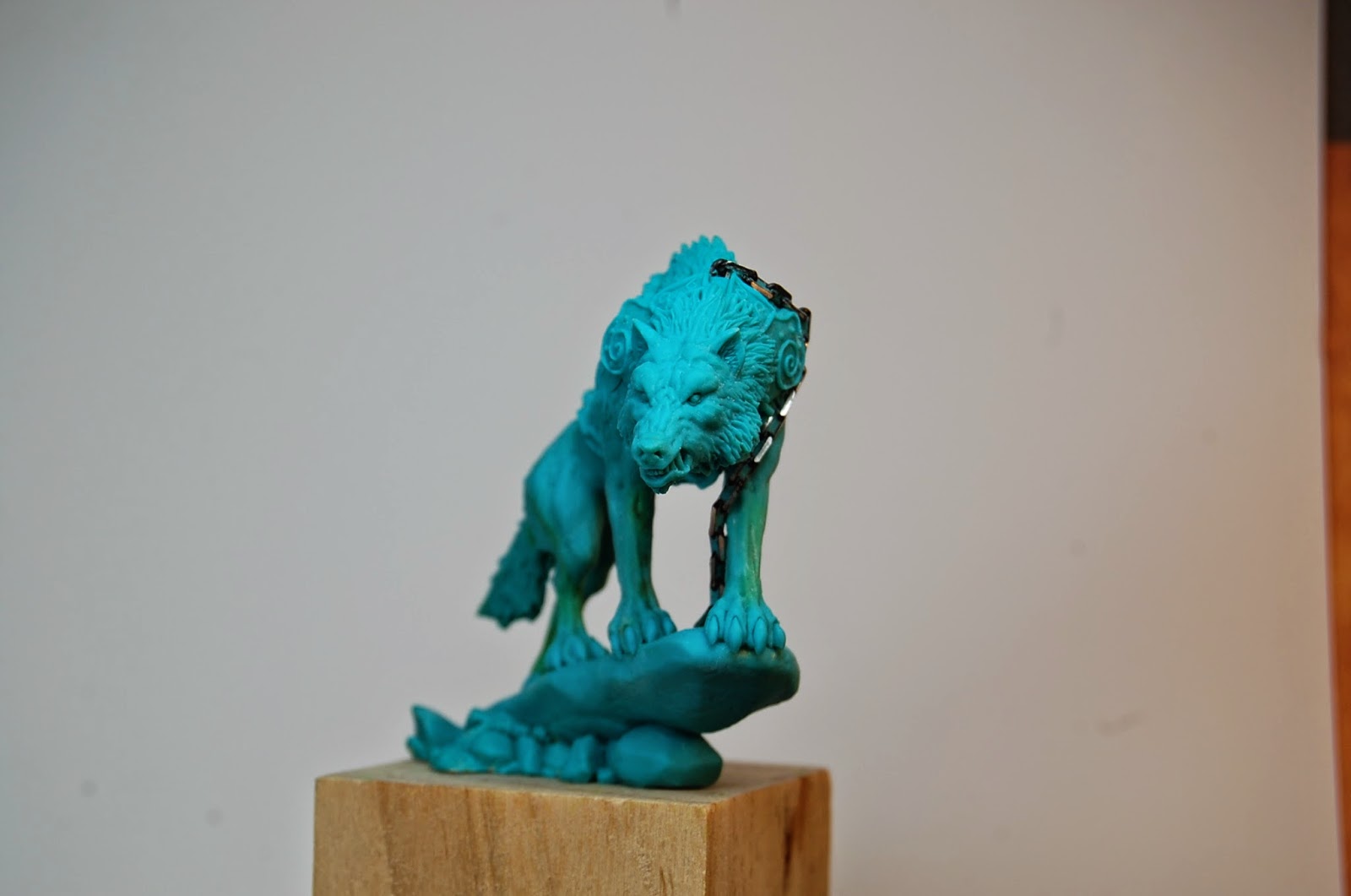 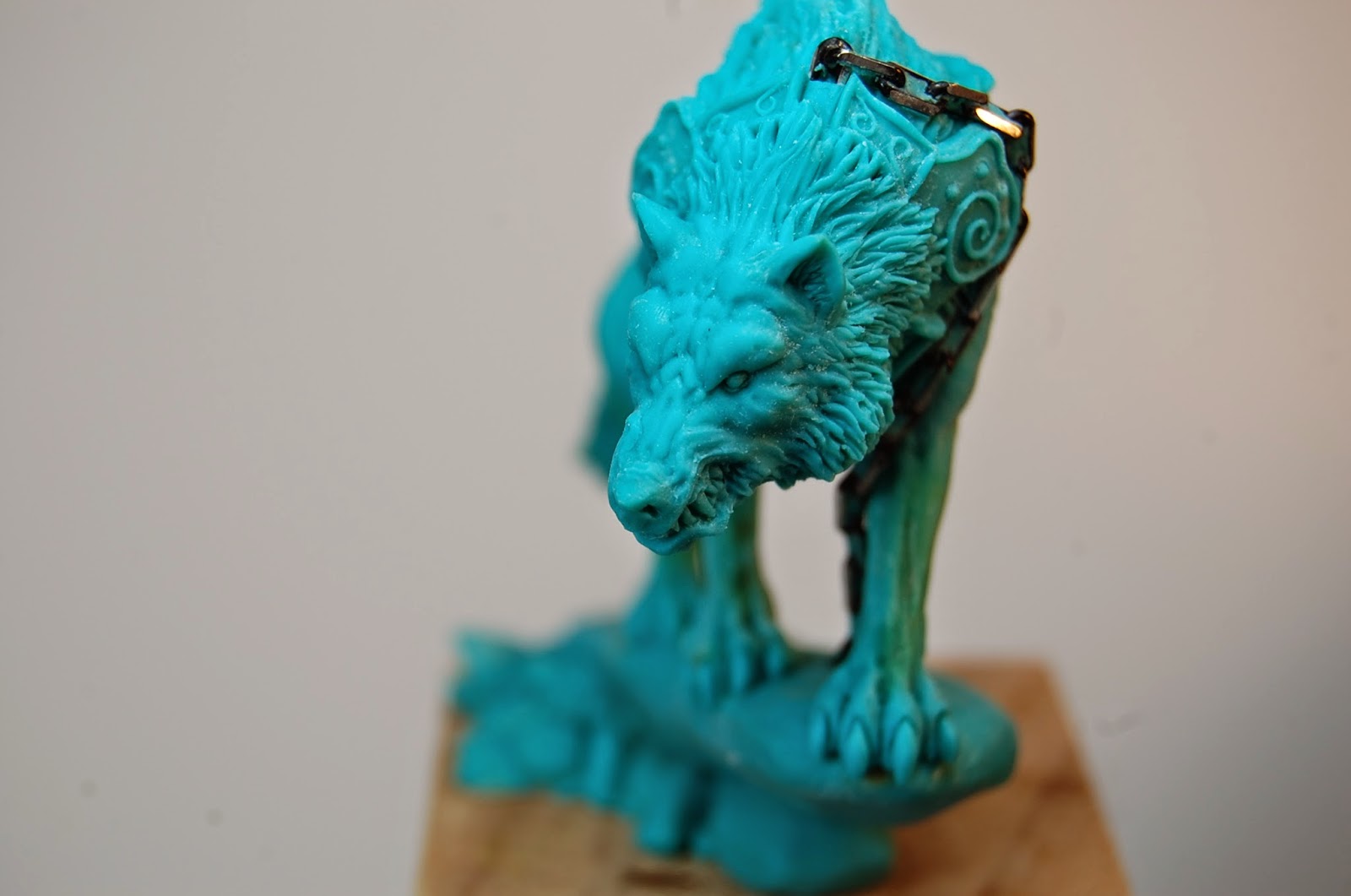 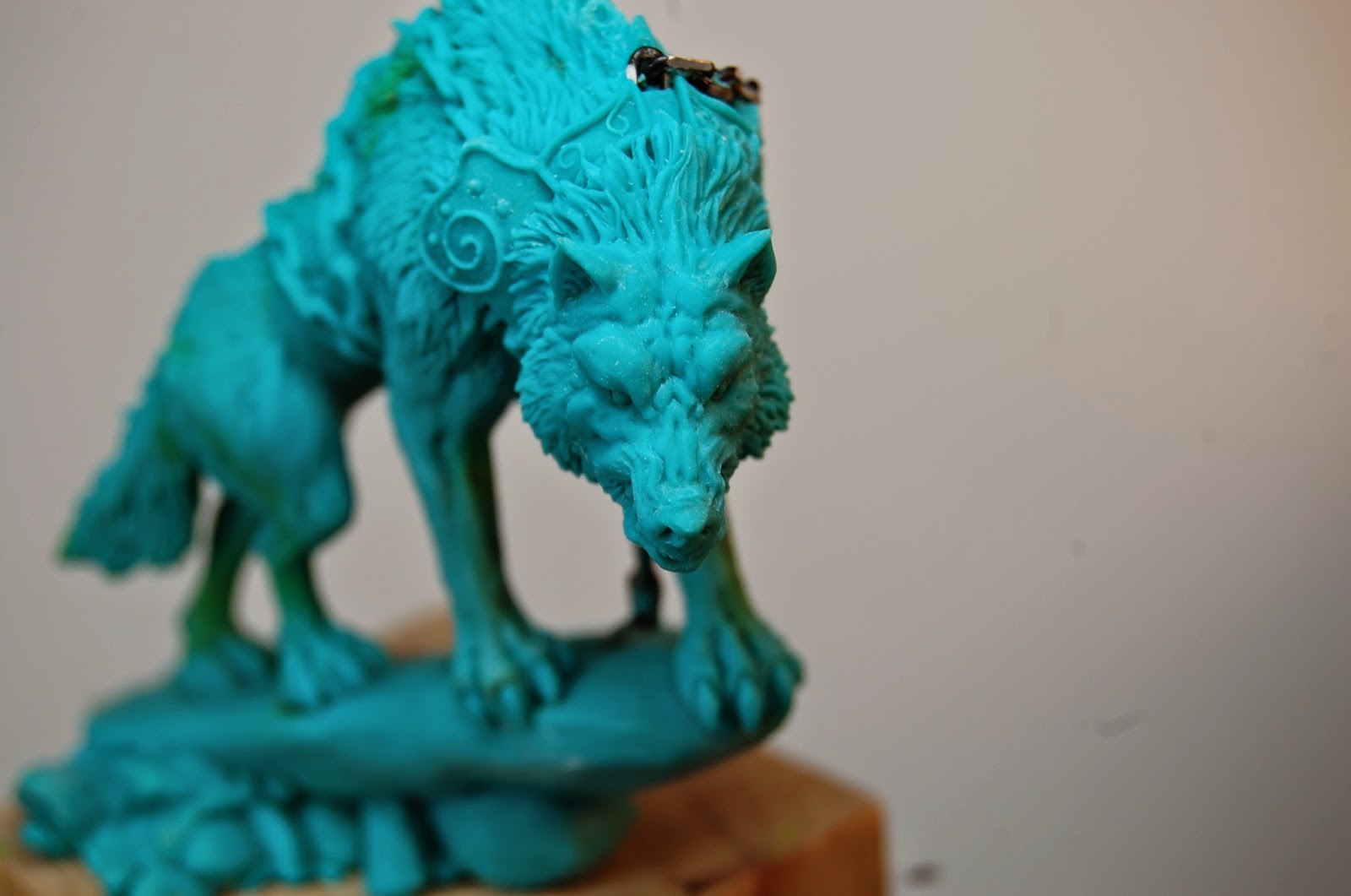 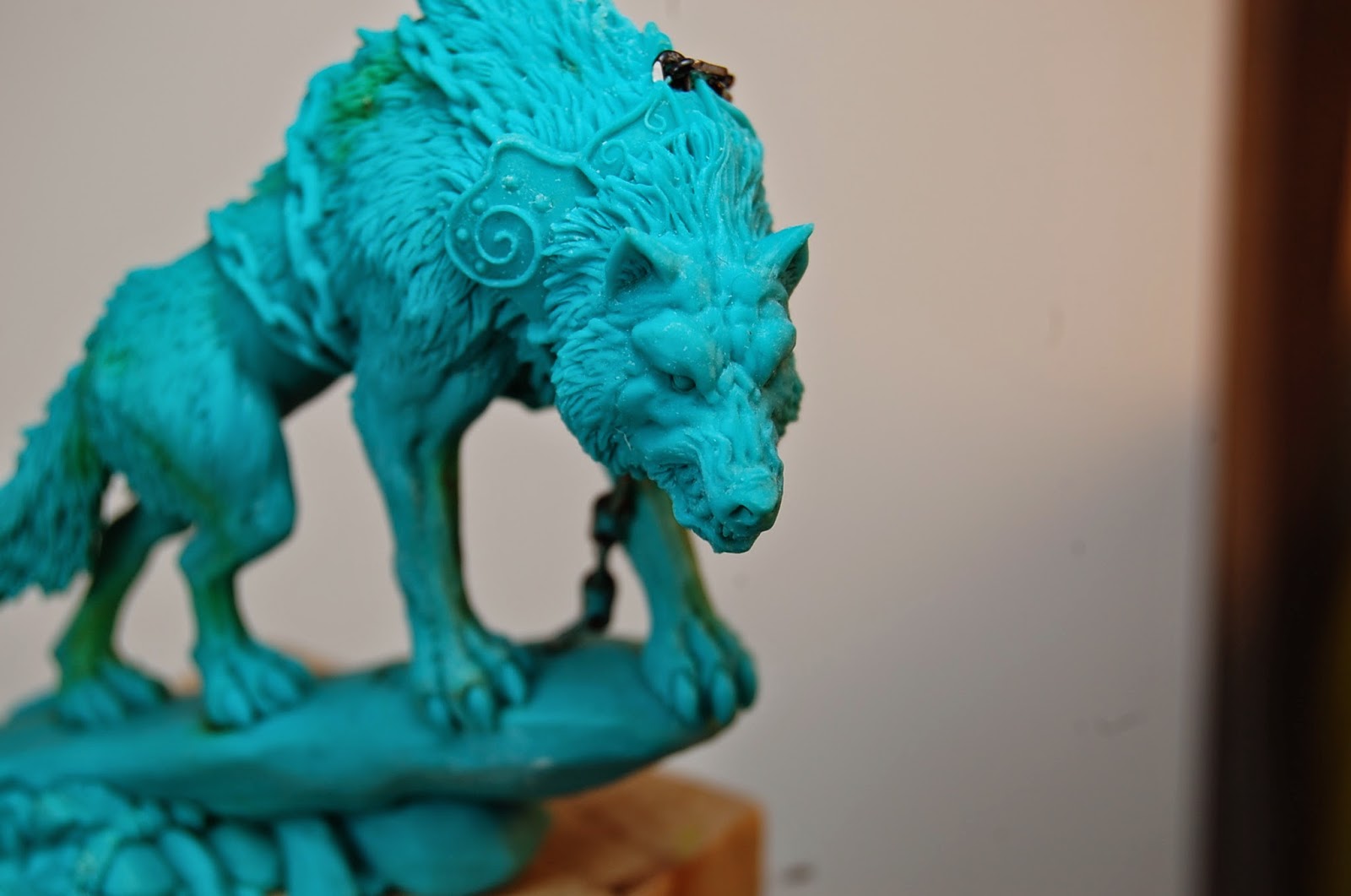 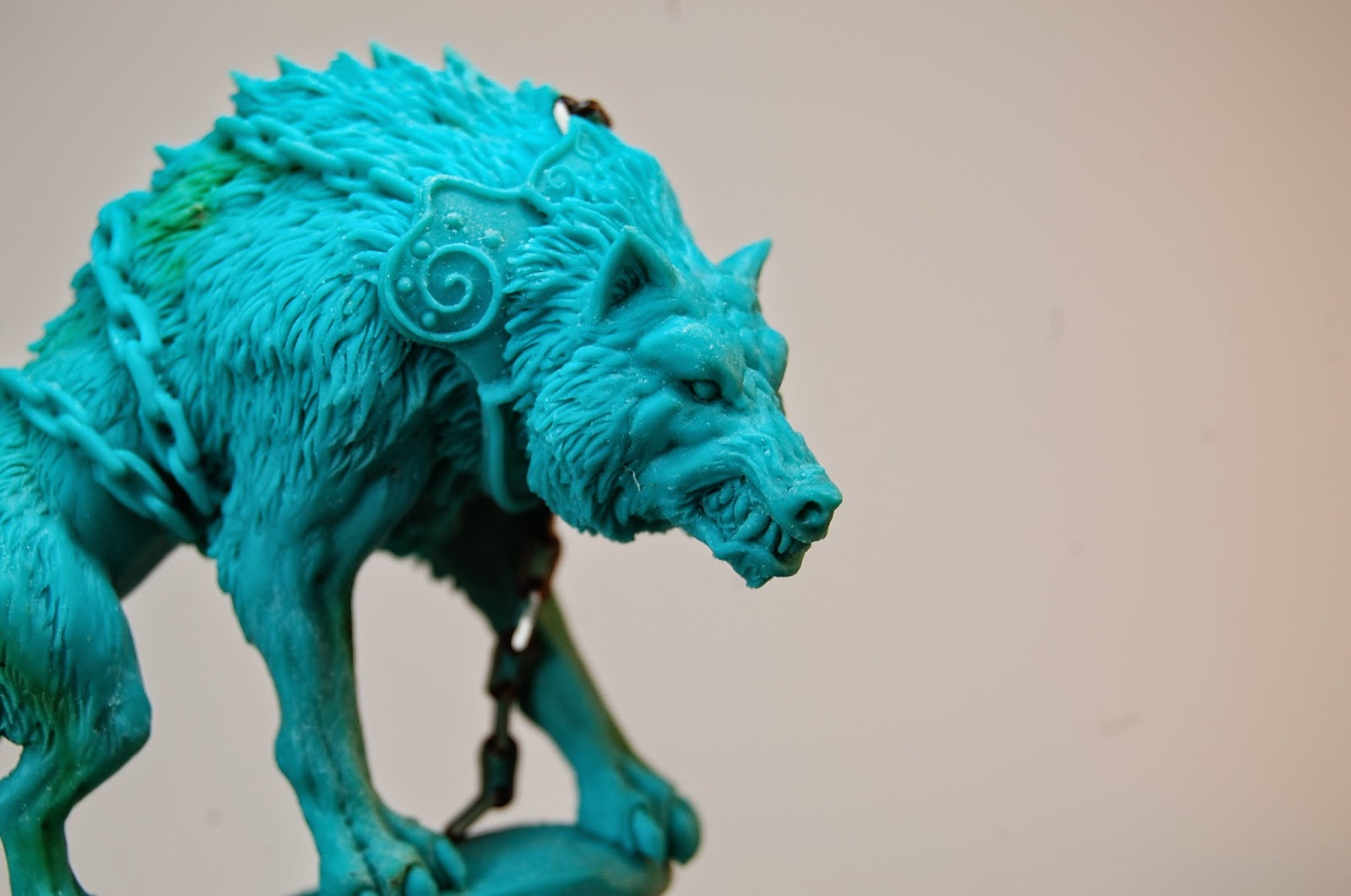 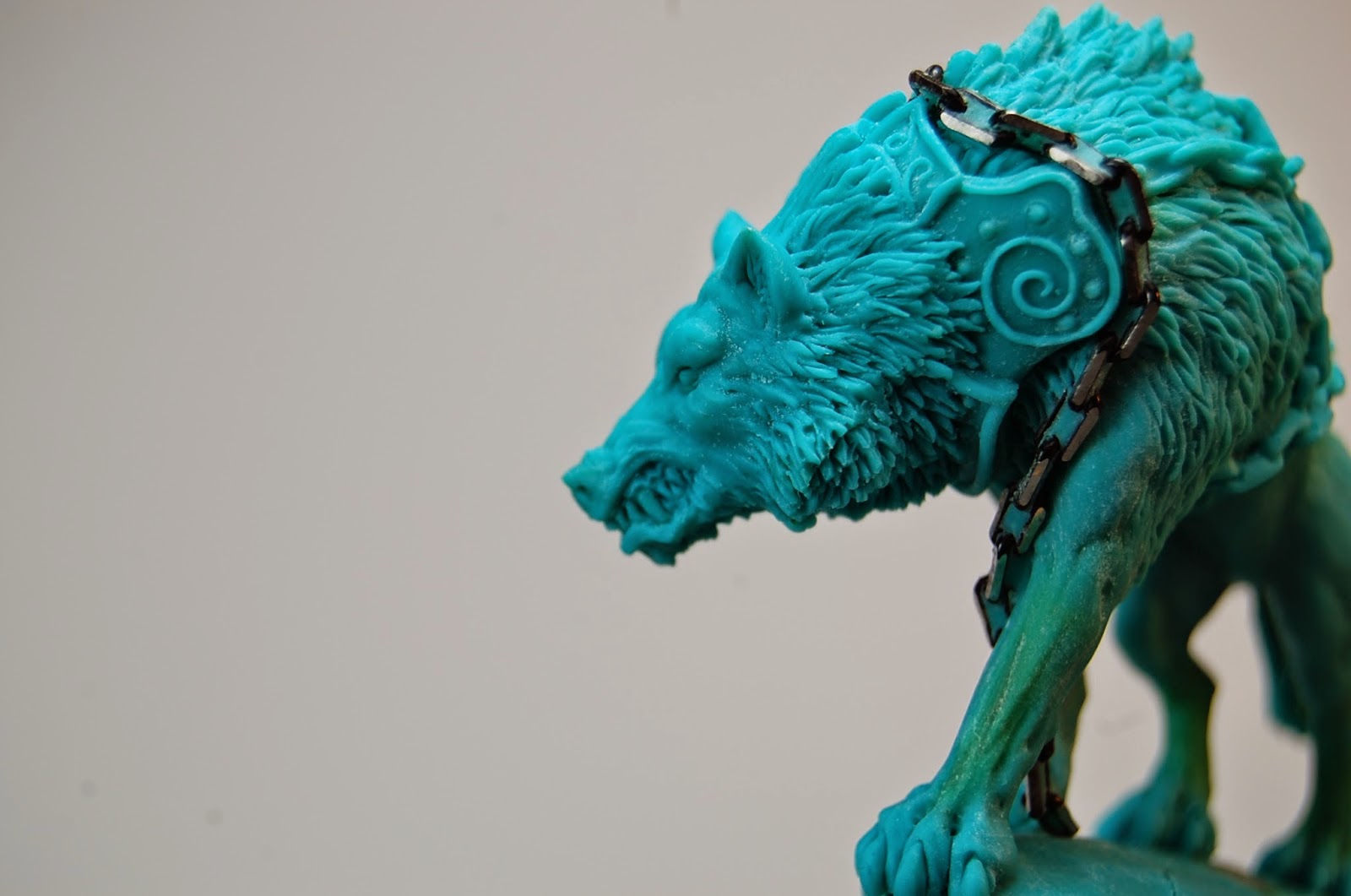 art by Adrian Smith
Posted by monster.0 at 5:19 PM