Death was the second of the Four Horseman I got to do and I was dreading it, it's those wings. Feathers. Not a strong point of mine. When doing big figures like this the limbs can end up being like sculpting an entire figure in itself and the wings were pretty involved for me. Mostly because the art depicts them as moldering and sickly and I found out that to get that drooping and filthy look I was pushing dangerously close into hair technique territory and I began to worry that it was looking more like he had hairy wings rather then feathered. Hopefully he looks good to you all. And hey, look! It's those skulls again! 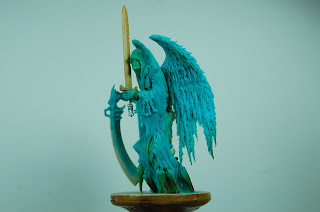 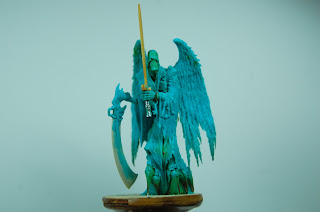 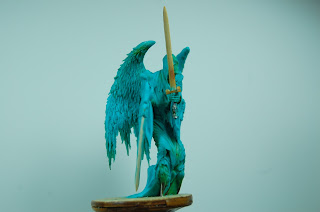 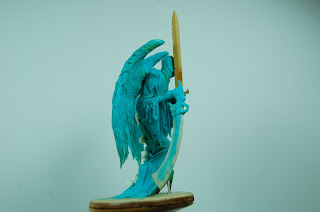 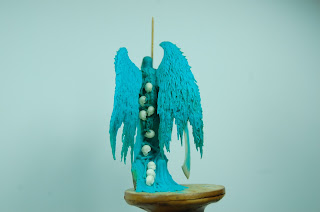 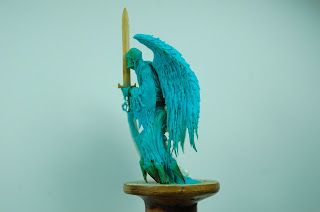 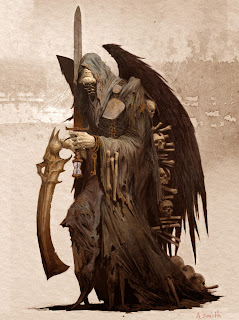